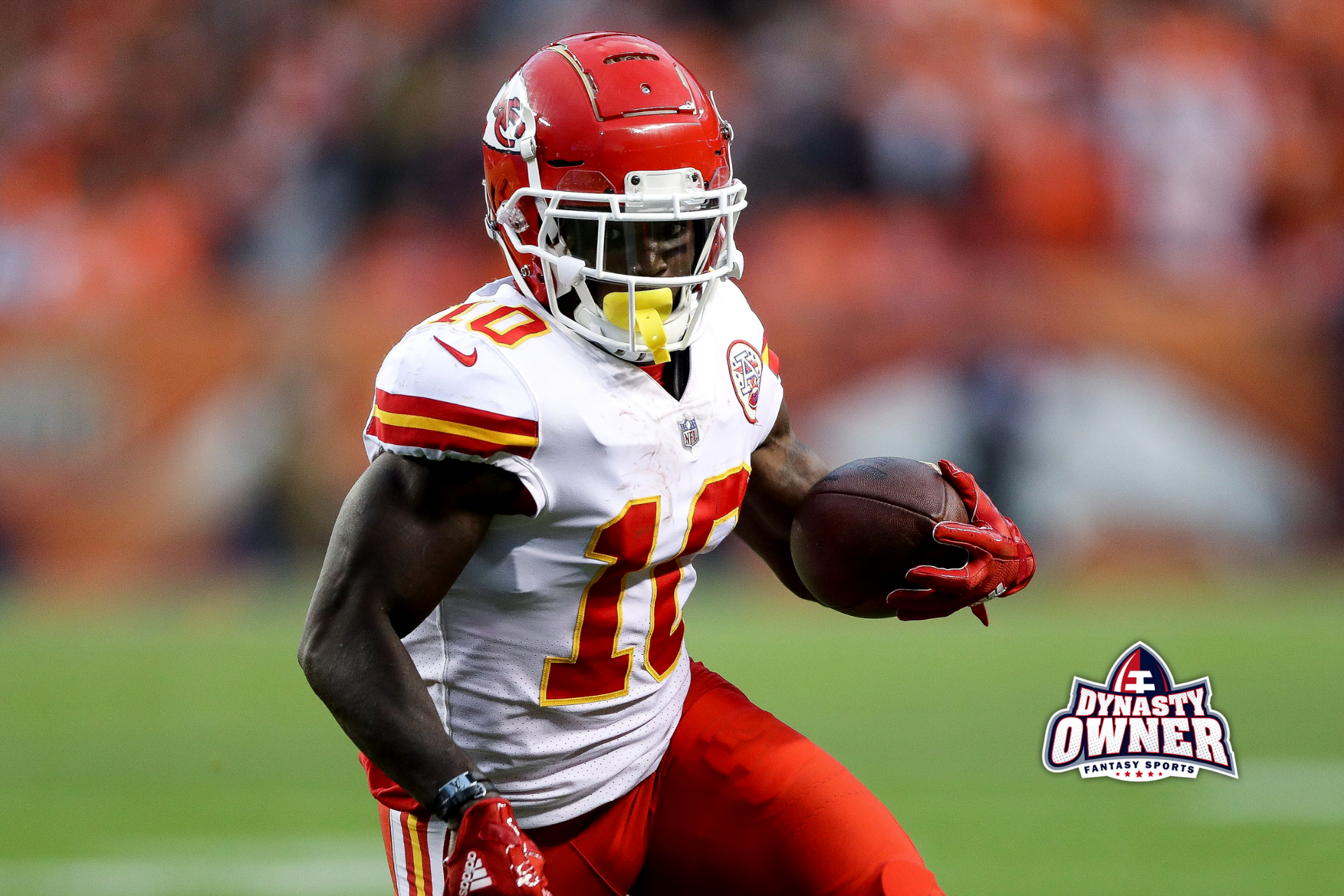 We are only a few days away from the start of the first-ever Dynasty Owner drafts! For those of us in the beta group, it’s an exciting time and time to start thinking about fantasy football in a new way – as a Dynasty Owner. With drafts coming up and Dynasty Owner being new and different, it’s not surprising that there are more Dynasty Owner draft tips than one article could hold. Therefore, Dynasty Owner proudly presents Draft Tips – Part 2: Electric Boogaloo (If you don’t get the reference, go to https://knowyourmeme.com/memes/electric-boogaloo).

Here are some more tips that are hopefully going to help you win your inaugural 2019 Dynasty Owner league championship (unless you’re in my league, then you’re playing for second place!).

QB Scoring is Higher Than Most Leagues, but Some QBs Will Benefit More

In looking at the Player Rankings, the high number of points scored by QBs in 2018 and projected for 2019 using the Standard Dynasty Owner scoring system stood out. In 2018, a total of eight QBs scored over 400 points using this system:

The number of RBs, WRs and TEs who scored over 400 points in 2018 under the Standard Dynasty Owner scoring system: Zero.

And it appears that your less mobile, traditional pocket QBs are likely to get more of a bump from the scoring system in Dynasty Owner more than the younger, more mobile QBs.

That’s a difference of 103.92 fantasy points over the course of a season, or nearly 6.5 fantasy points per game. While the scoring will be higher for all QBs, your traditional pocket passers such as Brees who throw for a lot of yards and a lot of TDs will benefit more than other QBs, like Deshaun Watson. In 2018, Watson was in 5th overall in QB scoring, but just 11th in passing yards with 4,165 yards and his 26 passing TDs were good for 12th place. He had 20 more total points than Brees, but didn’t get nearly the bump that Brees got from the Standard Dynasty Owner scoring system.

Now suddenly, after taking about value, value and more value, those older, but more expensive traditional pocket passers suddenly might be worth a spot on your Dynasty Owner roster because of the scoring system. Or are all QBs just more valuable because all of them will score more points?

With four extra roster spots that you can fill after the draft is over, proper roster management, including leaving some room for extra practice squad players, could be even more important than in a regular fantasy football league.

The NFL minimum rookie salary is $495,000 annually. That’s means if you want to fill your final four practice squad spaces with the cheapest rookie free agents, you’ll need at least $1.98 million in salary cap room after the draft is over. Even room is needed to fit in that veteran who breaks out late in the season (see Anderson, C.J. last year). Even non-free agent rookies who are available and start to produce unexpectedly will cost you more since and you want to pick their minimum salaries are even higher. Don’t forget about these extra roster spots when you are drafting and leave some salary cap room.

Sadly, all of this roster maneuvering might be rough for those people who prefer regular fantasy leagues where every Tuesday morning, you get to pick up the “flavor of the week” (aka the free agent who scores the most fantasy points). And yes, I’m looking at you, Mike Strope.

Do yourself a favor and put together a list of all of the NFL teams and their bye weeks before your draft or print yourself a bye week cheat sheet like this one (http://printableteamschedules.com/images/nfl/byeweeks.pdf). Or don’t do it.

Then let’s say you get the number one pick in your Dynasty Owner draft and grab the reigning NFL MVP, Chiefs QB Patrick Mahomes. Great move, you’re thinking. Top scorer in 2018, plays for high-powered Kansas City offense, Tyreek Hill is back for the whole 2019 season, low salary ($4.1 million) with 3 years left on his contract. What’s not to like?

Your draft keeps rolling and you decide it’s time for a backup QB, but you are starting to worry about the salary cap and don’t want to roll out big money for Aaron Rodgers, Matt Ryan, Russell Wilson or any of the other $25 million plus QBs still remaining. Then you see that Kyler Murray is still available, hit the Draft button and you’ve grabbed him as your backup QB. Sweet move! You’re all set, no need for another QB for you since you’ve got two young ones in Mahomes and Murray.

After the draft is over, you’re looking at your roster and suddenly notice that the Chiefs and the Cardinals are on bye in Week 12. Oh no! You can’t start a QB on bye, as that’s a $1 million Dynasty Dollar fine. Oh sh!t! And you have little room left under the $120 million salary cap to get a third QB and the best ones available are Daniel Jones at $6.4 million or Joe Flacco at $22.1 million. Oh cr@p! The curse words really start flying as you think about what you can do to win your Week 12 match-up.

You know what would have saved you from this problem. A bye week cheat sheet. Go print one now.

Including salaries and a salary cap means, there’s a lot more to think about in Dynasty Owner than a regular fantasy football league. You’ve got a new and exciting scoring system that appears to be weighted slightly in favor of one type of QB. It’s those QBs who do most of their damage from the pocket – throwing for yards and touchdowns – over the new, mainly younger mobile QBs who get you fantasy points with both their arm and legs.

Speaking of rosters, besides just your active roster and reserves, you have a practice squad on which you can fit four extra, non-drafted players. That is, if you left salary cap room and can fit them on your roster.

Finally, bye weeks take even greater significance when you have to manage the Dynasty Owner salary cap. If you draft poorly and have two QBs on the same bye week, you can’t just cut another player without salary ramifications and freely pick up a replacement like regular fantasy football. So, make sure to have that bye week cheat sheet at the ready when it’s time for your draft.

Good luck to everyone with your Dynasty Owner draft!