Week 1 Recap: The Party’s Over for Paul’s Bunch! 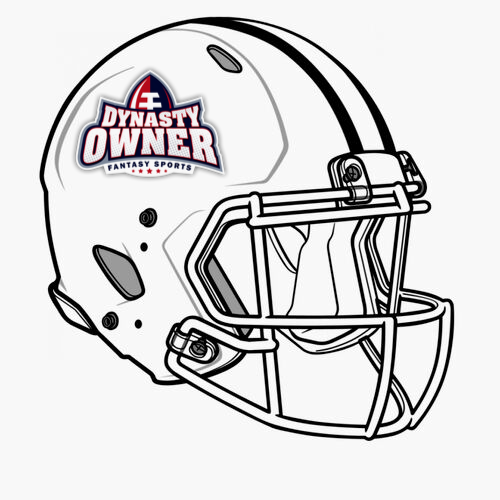 Week 1 Recap: The Party’s Over for Paul’s Bunch!

That was awesome! Week 1 of the first season of Dynasty Owner has passed and beyond the expected bugs, it was a successful beta. There was plenty of scoring by the Baltimore Ravens against the Miami Dolphins, a Super Bowl Champion New England Patriots beatdown of the Pittsburgh Steelers and a wild finish in the first game of the Monday Night Football doubleheader between the Houston Texans and New Orleans Saints. Plus, as predicted, more Antonio Brown shenanigans! More than enough action to make up for the Thursday night dud between the Chicago Bears and Green Bay Packers.

Our first Dynasty Owner Player of the Week is: Dak Prescott

Dak wins Player of the Week behind his Dynasty Owner best 49.5 point effort (405 yards passing, 4 passing TDs, 12 yards rushing) against the New York Giants. Dak earned the 4 point bonus for passing for over 400 yards and did it while only costing his Dynasty Owners $680,848 in annual salary. Breaking down Dak’s performance, we find that he cost his Dynasty Owners less than $1,000 per point in Week 1.

Congratulations Dak on being our first ever Dynasty Owner Player of the Week!

Because this is Dynasty Owner and we’re all looking for value from the players on our roster, we will also have the Value Player of the Week. Our first Dynasty Owner Value

Player of the Week is: Austin Ekeler

Austin got his Dynasty Owners a whopping 39.4 points (58 yards rushing, 1 rushing TD, 6 receptions, 96 yards receiving, 2 receiving TDs) without earning any bonus points. Based on his rock bottom annual salary of just $556,667, Ekeler also cost his Dynasty Owners less than $1,000 per point in Week 1.

Congratulations Austin on being our first ever Dynasty Owner Value Player of the Week!

Next, we look at those players who should have been in your Active lineups based on their performance in Week 1. We aren’t going to tell you that you should have started Patrick Mahomes or Christian McCaffrey, since those are no-brainer decisions. Instead, these are players who might be on your roster, but likely weren’t Active in Week 1.

Andy Dalton had the most passing yards in the NFL in Week 1 with a career high 418 yards passing, earning him the Dynasty Owner 4 point 400 yards passing bonus. His two passing TDs were offset by two lost fumbles in the Bengals close 21-20 loss to the Seattle Seahawks. At an annual salary of “only” $16 million, Dalton was probably drafted in most Dynasty Owner leagues, but probably few of those Owners had the foresight to have him Active.

Raise your hand if you left Austin Ekeler on your bench this week. My hand is up as that’s what I did and lost out on his 39.4 point effort (see above for the breakdown). This was good for second place among RBs behind only Christian McCaffrey and his 44.9 Dynasty Owner points in Week 1. Due to the uncertainty of who the lead RB was going to be for the Chargers in Week 1 in Melvin Gordon’s absence, keeping Ekeler on your Bench wasn’t a bad idea, it just turned out that he should have been active.

The second most Dynasty Owner points this week came from Sammy Watkins who had 9 receptions for 198 yards receiving and 3 receiving touchdowns. Just two more yards and he would have gotten the 6 point bonus for 200 receiving yards and likely won Player of the Week honors. With his injury history and playing a supposedly good Jacksonville defense as legitimate reasons to keep him on your Bench, it turns out all of his Dynasty Owners really should have made him Active this week.

Honorable mentions to DeSean Jackson (35.4 points), John Ross III (34.8 points) and Marquise Brown (30.7 points) who all had at least 140 yards receiving and 2 receiving touchdowns this week.

T.J. is likely rostered in most Dynasty Owner leagues, but because it was the rookie from Iowa’s first NFL game, he may have been on the Bench in most leagues. He should have been Active because he scored 25.1 Dynasty Owner points in Week 1 (6 receptions, 131 yards receiving, 1 receiving TD), second most behind Evan Engram (28.6 points).

Honorable mentions to Mark Andrews (24.8 points) who was close behind Hockenson with 8 receptions, 108 yards receiving and 1 receiving TD and Delanie Walker who scored 2 receiving touchdowns among his 5 receptions for 55 yards (22.5 points).

Santos replaced long-time Tennessee kicker Ryan Succop who was injured in the pre-season and kicked two FGs – one from 37 yards and another from 53 yards. Because he was released by Tampa Bay on August 31st and didn’t sign with Tennessee until September 5th, he’s probably not on many rosters, never mind being Active. A dozen Dynasty Owner fantasy points in Week 1 will probably open up a spot on some rosters and Active lineups this week.

For every player who should have been Active but wasn’t, we have a player who probably was Active, but was better left on your Bench. Everybody who drafted Patrick Mahomes, Saquon Barkley, Alvin Kamara and Christian McCaffrey had them Active this week (you would have been crazy not to do it), but here are some other star players who should have been riding your Dynasty Owner Bench in Week 1.

As a player with a pretty friendly annual salary of $20.8 million, Cam Newton was likely on many Dynasty Owner rosters and Active on a lot of those teams from Owners who expected a shootout with the Los Angeles Rams. Carolina did score 27 points, but Newton didn’t account for any TDs and only threw for 239 yards and an interception. That, plus -2 yards rushing and a fumble equals 5.8 Dynasty Owner points and a seat on the Bench.

The high-powered Patriots offense scored 33 points against the Steelers on Sunday night and rushed for 99 yards, but Michel only accounted for 14 of those yards on 15 carries. Those 14 yards were his only fantasy contribution in Week 1 for a lowly 1.4 Dynasty Owner fantasy points. He’ll likely do better in Week 2 against the Dolphins, but in Week 1, he should have been on the Bench in Dynasty Owner.

There were many WRs with worse stats this week, but none with the pedigree of Mike Evans who caught only two of his five targets for 28 yards in Week 1. That’s just 4.8 points from someone who was likely the best WR on his Dynasty Owner teams and in nearly everyone’s starting lineup when he should have been on the Bench.

Dishonorable mention to Corey Davis who scored zero points this week and was a trendy breakout candidate this season, but should probably be on your Bench until he does something, like catch a pass.

Even with the change in QB in Indianapolis from Andrew Luck to Jacoby Brissett, Eric Ebron was a likely participant in many Active rosters in Dynasty Owner. He didn’t perform up to his lofty 2018 standards as he finished Week 1 with just one reception for 8 yards and 1.8 Dynasty Owner fantasy points. He wasn’t even the top TE on Indianapolis (Jack Doyle bested him with 3.0 points in Week 1) and should have been sitting on the Bench.

Sadly, for the 46-year old Vinatieri, he gave his Dynasty Owners a total of negative 1 point in Week 1. While he may have not been rostered in some leagues due to his $3.9 million salary, the requirement to have at least two kickers combined with the lock he had on the position in Indianapolis probably led many Dynasty Owners to draft and have him Active. He should have been on the Bench (or better yet, the Practice Squad).

Dishonorable mention to Kaare Vedvik, formerly of the New York Jets, who probably shouldn’t have been on anybody’s Active roster or Bench in Week 1 and should be cut from Dynasty Owner rosters after he missed a 45-yard FG and an extra point. That’s -3 points in Dynasty Owner for a guy who was seen as worthy of a fifth round draft pick by the Vikings earlier in the pre-season.

As mentioned in the preview article (https://dynastyowner.com/post/week-1-let-s-get-the-party-started), Paul would have done better if he switched out Mitch Trubisky (9.5 points) for Kyler Murray (28.7 points) and picked up a kicker since both of his kickers got zero points. Neither one of those decisions cost him the match-up though. Since he’s the Owner of Dynasty Owner, Dynasty Owner 1.0, the O.G. of Dynasty Owners and super busy with development, we’ll cut him a break.

Finally, a mea culpa by yours truly on two fronts. First, I suggested that Chris replace Le’Veon Bell in his starting lineup with Duke Johnson Jr., which he did. That suggestion was a bad one as Bell outscored Johnson (23.2 for Bell vs. 13.0 for Johnson). Fortunately for Chris, it only impacted his margin of victory. Second, I picked Paul to win by a razor-thin 103-102 margin. That puts my Dynasty Owner Match-up of the Week record at 0-1. Hopefully, both of us bounce back in Week 2.

Thanks for reading and hope you won your first Dynasty Owner match-up!