Week 3 Recap: No Disputing Who Won 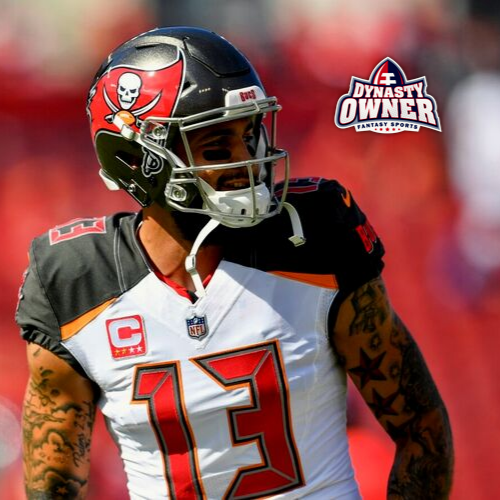 Week 3 Recap: No Disputing Who Won

Week 3 of the first season of Dynasty Owner is over and while the bugs may have won the week in Dynasty Owner, they won’t be winning the war as Tim has a plan to squash all of them. Unfortunately, Tim’s plan to squash Mike’s team this week didn’t work out as Mike won by an indisputable margin.

All stats are based on the Standard Dynasty Owner scoring system as outlined in the updated Dynasty Owner Constitution. Standard Dynasty Owner scoring gives you .1 points for every yard rushing or receiving, .1 point for every 2 yards passing, 1 point per reception, 6 points for a rushing, receiving or passing touchdown and 2 points for a successful 2-point conversion (rushing, receiving, or passing). Interceptions or fumbles lost cost you 3 points, while a fumble that is recovered by the player’s team is a loss of only 1 point. Bonus points are available for 100-199 yards rushing (2 points), 200 yards rushing or receiving (6 points), 300-399 yards passing (1 point) and 400 yards passing (4 points). There is also a 3 point bonus for a clutch scoring, which is a score that results in a lead change in the final two minutes of the 4th quarter or overtime. Kickoff and punt return touchdowns are worth 6 points for the player and kickoff and punt returns are worth .25 points for every 10 yards. Standard Dynasty Owner scoring for kickers gives you 1 point for every extra point, while a missed extra point will cost you 1 point. It’s 2 points for a field goal of between 0 and 39 yards, 4 points for a field goal between 40 and 49 yards and 5 points for a field goal of 50 yards or longer. A missed field goal of between 0 and 39 yards will cost you 3 points, while a miss of 40 yards or more is a loss of 2 points.

Our Dynasty Owner Player of the Week is: Mike Evans

Evans wins Player of the Week behind his Dynasty Owner best 45.0 point effort in Week 3 (8 catches, 190 yards receiving, 3 passing TDs) against the New York Giants. Evans just edged out Keenan Allen who had 43.6 Dynasty Owner fantasy points this week. Evans may be one of the most expensive WR with an annual salary of $16.5 million for his Dynasty Owners, but they should gladly pay over $1 million every week for that many points.

Congratulations Mike on being the first non-QB to win Dynasty Owner Player of the Week honors!

Even though Lindsay is splitting carriers with Royce Freeman, you can’t blame Denver’s 0-3 record on him after his 29.0 Dynasty Owner fantasy point outbreak in Week 3. Lindsay gained 81 yards rushing with 2 rushing TDs and added in 4 receptions for 49 yards. All that production only cost his Dynasty Owners a little over $35,000 this past week based on his $575,000 annual salary.

It’s three straight AFC West Value Players of the Week. Come back next week and see if a player from another division can win.

Next, we look at those players who should have been in your Active lineups based on their performance in Week 3. We aren’t going to write that you should have started our Dynasty Owner Player of the Week Mike Evans, since he should always be in your Active lineup. Instead, these are players who might be Free Agents, on your Bench or Practice Squad, but likely weren’t Active in Week 3.

Danny Dimes had 4 TDs (2 passing and 2 rushing) in his first NFL start. Since it was his first start, many Dynasty Owners likely didn’t have him Active, but they should have since they missed out on 41.6 points (336 yards passing, 2 passing TDs, 28 yards rushing, 2 rushing TDs – including one with less than two minutes to go, 2 fumbles lost). Jones got a total of 4 bonus points this week for his owners with a bonus point for over 300 yards passing and 3 clutch scoring bonus points. We’ll see if the loss of Saquon Barkley for 4 to 8 weeks will hurt or help Jones in his next few starts, but for at least this week, he should have been Active.

Honorable mention to Carolina QB Kyle Allen who had 32.9 Dynasty Owner fantasy points (261 yards passing, 4 passing TDs, -1 yards rushing, 2 fumbles – one lost) in place of Cam Newton. No Dynasty Owners likely had him Active in Week 3, maybe some will in Week 4.

McCoy was listed as questionable heading into the Chiefs game versus Baltimore and many fantasy analysts didn’t expect him to play much, if at all. Lots of Dynasty Owners probably had him on their Bench based on this analysis. That was a mistake as they missed out on 23.0 Dynasty Owner fantasy points (54 yards rushing, 1 rushing TD, 3 receptions, 26 yards receiving, 1 receiving TD). He should have been Active.

Leaving out Mike Evans and Keenan Allen as both of them should have been Active for all of their Dynasty Owners puts Cooper Kupp as the WR who should have been Active. Many Dynasty Owners may have had Kupp Active since he was playing against a Cleveland defense that had multiple starters injured and not playing against the Rams. Kupp validated their faith in him with 11 receptions for 102 receiving yards and two receiving TDs.

Honorable mention to Taylor Gabriel who had 3 receiving TDs in the first half on Monday Night Football against the Washington Redskins. Gabriel had 32.2 Dynasty Owner fantasy points (6 receptions, 75 yards, 3 receiving TDs, 7 yards rushing) and likely wasn’t Active on many Dynasty Owner squads this week.

Akins may not have had the most Dynasty Owner fantasy points from a TE this week as four other TEs had more, but he was definitely the one most likely to not be Active in many lineups. Coming into Week 3, Akins had only 3 receptions for 42 yards. In Week 3, he had only 3 receptions for 73 yards, but he scored 2 TDs for a total of 22.3 Dynasty Owner fantasy points. As the fifth highest-scoring TE of the week, he should have been in your Active lineup.

Not a great week for kicker scoring in the NFL. The best was Dan Bailey who didn’t miss a kick in the Vikings 34-14 win over the Raiders. He had two FGs (24 yarder and a 50 yarder) plus four PATs for a total of 11 Dynasty Owner fantasy points. Matt Gay of Tampa Bay had 4 FGs and would have been the pick if he hadn’t missed a 34-yard FG at the end of the game plus 2 PATs. Since many people expected Bailey to lose the Vikings kicking job to Kaare Vedvik during the preseason, he likely wasn’t drafted by too many Dynasty Owners or Active in many lineups.

After a good game versus the New York Jets, Baker stumbled in his second consecutive night game as he only put up 11.7 Dynasty Owner fantasy points (195 yards passing, 1 passing TD, -1 yards rushing, 1 INTs, 1 fumble – not lost). There were plenty of QBs who did much better in Week 3, so Baker should have been on the Bench.

Conner had 17 touches in the Steelers loss to San Francisco, but only produced 6.7 Dynasty Owner fantasy points. Conner had 13 carries for 43 yards plus 4 receptions for 14 yards and a lost fumble. Not what his Dynasty Owners were expecting in Week 3 when he was better left on the Bench.

Dishonorable mention to Le’Veon Bell who was predicted to be a Bench candidate in Week 3 with about 10.5 points (https://dynastyowner.com/post/week-3-preview) and ended up with 10.3 Dynasty Owner fantasy points (35 yards rushing, 4 receptions, 28 yards receiving). Unless you read the article and followed my advice, you likely start didn’t start Le’Veon when left him on the Bench.

Just 2 receptions for 10 yards for Sanders in Week 3 vs. the Packers. That’s down from a 28.8 Dynasty Owner fantasy points in Week 2 when he was an Honorable Mention as a player who should have been Active. That was then and this is now. Dynasty Owners should have left Sanders on the Bench.

Dishonorable mention to Kenny Golladay who barely edged out Sanders with 3.7 Dynasty Owner fantasy points in Week 3. Volume wasn’t the problem as Golladay was targeted 8 times, he just caught only 2 of those targets for 17 yards.

Only one catch for 7 yards for Cook in a game that saw the Saints score 33 points and Teddy Bridgewater throw for 177 yards and 2 TDs. There was an argument that Cook would be less impacted by Drew Brees’ injury. He was impacted greatly, and Dynasty Owners should have left Cook on the Bench.

At a salary of $3.1 million for one year, Dynasty Owners who drafted Fairbairn likely had him Active for the Texans game against the Chargers. The Texans moved the ball and scored 4 TDs, but Fairbairn missed one of the PATs and a 56-yard FG, so he ended up with zero Dynasty Owner fantasy points. His performance would have been best done from the comfort of the Bench.

Even with bugs impacting the score, it wasn’t even close as MikeDynastyMaster romped to a lopsided 150.3-85.0 victory over Dynasty Owner Tim. Mike’s team scored a lot of points in the early games behind Matt Ryan (31.5 points), Darren Waller (27.1 points), Amari Cooper (26.8 points) and Adam Thielen (20.6 points). Those four players had more than enough points to give Mike his first Dynasty Owner victory and the right to trash talk as much as he wants. There was not a lot that Tim could have done. All four of Mike’s early game players also scored more than Dynasty Owner Tim’s best player, Terry McLaurin (19.0 points), who was positioned on the Bench.

The Dynasty Owner projections included in the Week 3 preview article (https://dynastyowner.com/post/week-3-preview) had this as a closer game than it ended up being but the projection did have the winner correct. I also predicted a MikeDynastyMaster victory which improves my record on the season to 1-2. See if I can get to a .500 record in the Week 4 preview article.