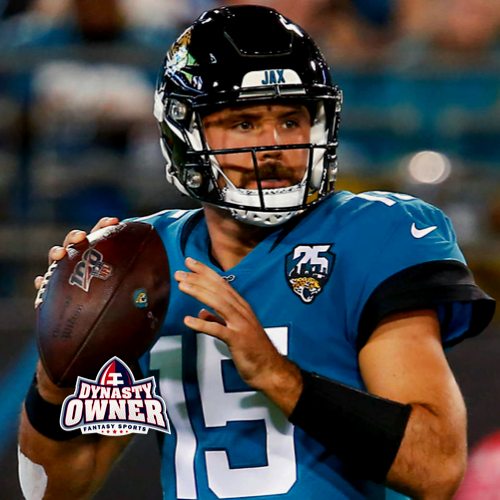 It’s Week 6 and four teams are on bye this week (Buffalo, Chicago, Indianapolis and Oakland) so roster depth is coming into play for Dynasty Owners. While there aren’t a ton of stud players on those four rosters, some Dynasty Owners are looking to replace Josh Allen, Marlon Mack and others this week. Hopefully you’ve got a good Bench and Practice Squad or plenty of Dynasty Dollars to bid on Free Agents (you can buy more Dynasty Dollars via credit card now). If you’re like the Patriots, 49ers and the Dynasty Owners in the Match-up of the Week, then you’re playing to stay perfect.

This is our sixth Dynasty Owner game preview article and this one is much better than the Dolphins-Redskins game down in Miami. Our Match-up of the Week pits two undefeated 5-0 teams looking to stay perfect in the inaugural season of Dynasty Owner. We’ll also pick some players who should be in your Active lineup and some who you should Bench, as well as review last week’s recommendations. In our look at our Dynasty Owner Match-up of the Week, we analyze each team’s starters and bench to see if any switches are needed, highlight other things of interest and importance and make a prediction on the winner and final score.

First, let’s look at last week and see how my recommendations worked out (Good, Bad or Just Ok). I recommended having the following players Active in Week 5:

Gardner Minshew (QB – JAX): Minshew Mania is finally coming to the Dynasty Owner preview article! How could it be Week 6 and I’ve yet to suggest making Minshew Active in Dynasty Owner? He has been consistently good so far, scoring 20+ Dynasty Owner fantasy points in four out of five games (and 17.3 in the fifth game), but never more than 26.9 points. Even with those point totals, he sits just outside of the Top 10 QBs in 12th place, so he qualifies as someone who shouldn’t be starting in Dynasty Owner on a weekly basis. And he’s playing a Saints defense that has allowed almost 30 Dynasty Owner fantasy points per game to QBs. That’s enough to suggest making Minshew Active.

Kenyan Drake (RB – MIA): Miami plays Washington this week in what many are calling the Tank Bowl. Even if the ownership and front offices are tanking, the players won’t be and one player who should do well in this matchup is Kenyan Drake. Washington has given up, on average, 110.8 yards per game rushing to RBs. Since Drake is the Dolphins starting RB, he should get the lion’s share of those rushing yards and be worthy of being in your Active lineup this week (and probably only this week).

Michael Gallup (WR – DAL): The clear #2 WR in Dallas has flown under the radar a bit this year due to missing two games due to injury. In the three games he’s played in, he’s averaging under just 20 Dynasty Owner fantasy points per game, with a 24.3 point game last week versus Green Bay. The Cowboys play the Jets this week and the Jets defense has been terrible all season. All of his Dynasty Owners should have Gallup in their Active lineup.

Geoff Swaim (TE – JAX): Austin Hooper plays the Cardinals this week, but he’s the #1 rated TE in Dynasty Owner so I can’t use him here. I’ll go deep and pick Geoff Swaim of Jacksonville since I’m already touting Minshew to be Active. Starting TE James O’Shaughnessy is out for the rest of the year with an ACL injury, so Swaim should inherit most of his production, which was good enough to make him the 13th best Dynasty Owner TE through five games. O’Shaughnessy was consistently average with no more than 10 points per game, but no less than seven. Add Swaim’s average of 3.6 Dynasty Owner fantasy points per game to O’Shaughnessy’s 8.3 average and you’ve got almost 12 points this week and a spot in some Active lineups.

An average week with two Good recommendations and two Bad ones. Both of the Bad recommendations were really bad as Matt Ryan and Josh Jacobs were among the top fantasy players last week. My good recommendations were very good as hopefully people heeded them and kept Watkins and Walker on their Bench. Here are some players who Dynasty Owners drafted to use in their Active lineup, but would be better if they sat on the Bench in Week 6.

Jameis Winston (QB – TB): In Week 2 against Carolina, Winston only had 17.3 Dynasty Owner fantasy points (208 yards passing, 1 passing TD, 9 yards rushing) without a turnover. The Carolina defense has averaged 4 sacks per game and forced 7 turnovers (3 INTs, 4 fumbles) in the past three games since their game against the Bucs. Winston is the 9th rated QB in Dynasty Owner but has backups playing at both right tackle and right guard this week in London. Sounds like a recipe for multiple turnovers by Winston and a spot on the Bench in Dynasty Owner.

Matt Breida (RB – SF): The loss of fullback Kyle Juszczyk will impact the 49ers running game. This loss, combined with splitting carries with Tevin Coleman, leaves Breida as a Bench recommendation. We’ve seen how the loss of James Develin has hurt Sony Michel in fantasy and Breida could end up suffering the same decline in production. Almost half of his 29.9 Dynasty Owner fantasy points came on a single play, the 83 yard TD run, which occurred while Juszczyk was still in the game. He also had only 11 carries versus 16 for Coleman, meaning he might be on the lower end of the time share at RB again this week. Be safe and leave Breida on the Bench this week.

Mike Evans (WR – TB): This is a Bench stack with Winston. Even though he was the Dynasty Owner Player of the Week back in Week 3, he’s averaged only 8.5 Dynasty Owner fantasy points in the other four games, including his zero point performance last week. He exceeded that average with 10.1 points (4 receptions and 61 yards) in Week 2 against Carolina, but not by much. History is working against Evans as well as he hasn’t scored a TD against Carolina since the 2016 season and hasn’t gotten over 100 yards receiving against them since December of 2017. Those who don’t know history are destined to repeat it (thank you Edmund Burke for the quote). Don’t be that guy – keep Evans on your Dynasty Owner Bench.

Jason Witten (TE – DAL): I could have picked on Delanie Walker for the third consecutive week, but decided that was piling on, so Witten is the choice. He’s the 12th rated TE, but most of his points came in the first two weeks when he scored TDs. Witten has caught either 3 or 4 passes every week so far this season, so he has a decent floor of about 5-6 points per week. However, his ceiling isn’t much higher and he’s too touchdown dependent to be worth a spot in your Active lineup.

Dynasty Owner Match-up of the Week – A Team Has No Name (Daniel Rivera) vs. Brandon Dunn (Brandon Dunn)

It’s time for our Dynasty Owner Match-up of the Week. At this point in the season, it’s not easy to be undefeated, never mind have two undefeated teams in one league, but that’s what we have in this week’s match-up. Both Daniel Rivera and Brandon Dunn have put together undefeated seasons so far, but unfortunately for one of them, the dream of a perfect season ends this week. Let’s find out who’s going to stay undefeated!

The exclusive Dynasty Owner scoring projections based on their current lineups gives Brandon the victory over Daniel by a margin of 123.9-113.5. Brandon’s Bench scoring gives him most of the margin of victory (14.8 Bench points for Brandon vs. 7.2 Bench points for Daniel). Even if Daniel moves some players off of his Practice Squad by Sunday, I predict it’ll be a victory for Brandon. The strength of Brandon’s receiving corps will help him win by more than predicted.

With my prediction record standing at 2-3 for the season, I need a Brandon victory to even my record to .500. Check out the Week 6 Recap article on Tuesday to find out who remained undefeated.