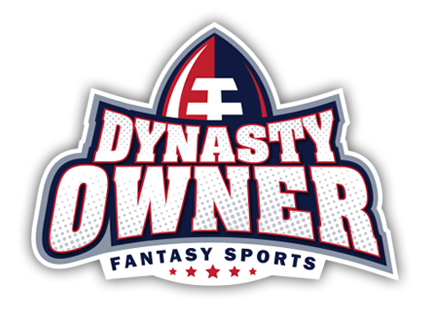 Welcome to all of the new Dynasty Owners! Many of you have been asking questions about how to play or questions about what you can do to improve your team for this year and beyond. For those of you with questions about how to play, Tim just did an awesome Zoom presentation where he went over how to navigate the Dynasty Owner desktop and mobile sites, so we aren’t going to review that here. Go check it out, learn how to use the website and maximize the time you spend on your team – https://www.youtube.com/watch?v=elecGOhF0o0.

If you want ideas about what you can do to improve your team for this year and beyond, then this is the place for you. Hopefully this article will help you with that aspect of the game as we’ll offer some tips on how you can fix up that neglected team you inherited (or drafted on your own for original Owners).

In addition, all Owners can go back and read the initial Dynasty Owner Draft Tips articles from August – (https://dynastyowner.com/2019/07/dynasty-owner-draft-tips) and (https://dynastyowner.com/2019/08/dynasty-owner-draft-tips-part-2). They may help you in preparing for next year’s rookie drafts or if new Dynasty Owner leagues are created for Year Two. On to the hopefully helpful tips!

The Dynasty Owner scoring system is different than scoring in most other fantasy football leagues, so knowing the scoring system will help you prioritize free agent claims and analyze trade offers. The draft tips articles have a more in-depth analysis of some of these differences, but here are a couple of quick highlights.

Players on your Bench score points in Dynasty Owner. Everyone on your Bench accumulates points and 20% of your bench scoring will be added to your final score.

Players who return kicks or punts return extra value. We have points for kickoff and punt return yards. It’s .25 points for every 10 yards.

All Dynasty Owner stats are based on the Standard Dynasty Owner scoring system as outlined in the updated Dynasty Owner Constitution. Standard Dynasty Owner scoring gives you .1 points for every yard rushing or receiving, .1 point for every 2 yards passing, 1 point per reception, 6 points for a rushing, receiving or passing touchdown and 2 points for a successful 2-point conversion (rushing, receiving, or passing). Interceptions or fumbles lost cost you 3 points, while a fumble that is recovered by the player’s team is a loss of only 1 point. Bonus points are available for 100-199 yards rushing (2 points), 200 yards rushing or receiving (6 points), 300-399 yards passing (1 point) and 400 yards passing (4 points). There is also a 3 point bonus for clutch scoring, which is a score that results in a lead change in the final two minutes of the 4th quarter or overtime. Kickoff and punt return touchdowns are worth 6 points for the player and kickoff and punt returns are worth .25 points for every 10 yards. Standard Dynasty Owner scoring for kickers gives you 1 point for every extra point, while a missed extra point will cost you 1 point. It’s 2 points for a field goal of between 0 and 39 yards, 4 points for a field goal between 40 and 49 yards and 5 points for a field goal of 50 yards or longer. A missed field goal of between 0 and 39 yards will cost you 3 points, while a miss of 40 yards or more is a loss of 2 points.

Injured Reserve Is Your Friend

Are you stuck with Ben Roethlisberger or Cam Newton on your inherited roster, but don’t want to release them and pay the waiver fee? What about those of you who took over a team with Kerryon Johnson, Will Dissly, John Ross or Preston Williams? You want to keep them for next year and beyond since it’s a Dynasty league and in the case of Dissly and Williams, their salaries are ridiculously inexpensive.

The answer is to put them on Injured Reserve. There’s no fee to do so and you get a 50% reduction in your weekly salary if you are over the $80 million salary figure. This can help if you’re strapped for Dynasty Dollars because the previous owner spent too much on salaries. Using Kerryon Johnson as an example, putting him and his $1,625,923 annual salary on Injured Reserve will save you almost $300,000 over the rest of the regular season.

This is Not the NFL Practice Squad

Have more than one player injured and out for the year? Stash one on Injured Reserve and the other one on your Practice Squad.

Like Jarrett Stidham as the Patriots QB of the future after the G.O.A.T. retires? Grab him and put him on the Practice Squad.

Additional Players Can Be Added

Dynasty Owner drafts were 20 rounds, but there are 24 roster slots (including the Practice Squad). This is good news for everyone, but especially new owners who are replacing people who probably didn’t fill up those spots. If you’ve got room under the salary cap and are willing to spend some money for Dynasty Dollars (they are cheap – only $1 for $1 Million Dynasty Dollars), adding players might be a good move.

You could add up to 4 players who might help you win this year.

Or, you could add players who might not help this year, but could stick around on your Dynasty Owner roster at a low salary for the foreseeable future. Players such as:

The draft is extremely important in Dynasty Owner. New Owners will be able to fill holes in their roster with the best available rookies who will be playing on inexpensive rookie contracts for the next four years. It’s a great place to find the next Patrick Mahomes, Saquon Barkley, Christian McCaffrey, Aaron Jones, Kenny Golladay, Terry McLaurin, or George Kittle.

Draft picks can be traded in Dynasty Owner. It’ll cost you Dynasty Dollars in the future, but for now, there are no trade fees so if you can find another Owner who is willing to deal picks for next year, make them an offer and start to hoard those picks.

To quote Jim Mora – Playoffs?!?!? The team that you inherited (or drafted) might not be great, but they could still have a shot at the playoffs. New Dynasty Owners in my league inherited teams who are 4-5 and just one game out of the playoff hunt.

Even if you lose in the first round of the playoffs, you still get 5% of the Championship pot. If the Championship pot in your league is $300 million Dynasty Dollars, you get $15 million Dynasty Dollars for just making the playoffs. That’s a nice chunk of change that you can put towards adding players for 2020 and beyond, so don’t automatically assume as new Dynasty Owners that you need to trade away all of your assets and build for the future.

It’s not too late to get your team into shape for the rest of the beta season of Dynasty Owner or build for next year. There’s plenty of things that new Dynasty Owners (or original Owners who aren’t doing well this year) can do to improve their teams right now. Hopefully these tips are helpful and make Dynasty Owner a more enjoyable experience for all Dynasty Owners!