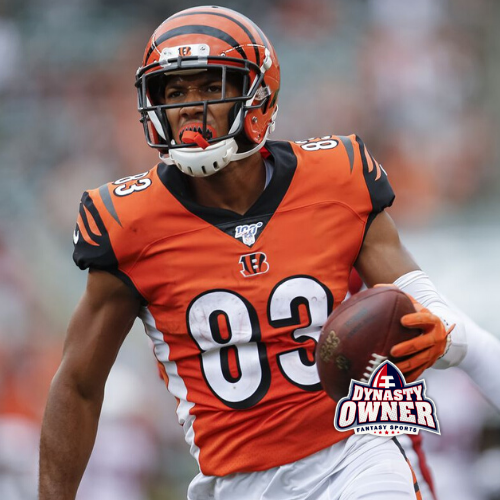 It’s Week 10 and there’s a lot of new blood setting lineups in Dynasty Owner for the first time. There’s also going to be lots of new blood in those Active lineups as we have six teams on bye this week (Denver, Houston, Jacksonville, New England, Philadelphia and Washington). Six teams on bye equals lineup problems and decisions for both old and new Dynasty Owners.

This is our tenth Dynasty Owner game preview article, but the first one for many of you so we’ll review what you’re going to read. We will pick a Match-up of the Week and analyze each team’s starters and bench to see if any switches are needed, highlight other things of interest and importance and make a prediction on the winner and final score. We’ll also pick some players who should be in your Active lineup and some who you should Bench, as well as review last week’s recommendations.

First, we’ll look at last week and see how my recommendations worked out (Good, Bad or Just Ok). I recommended having the following players Active in Week 9:

Jimmy Garoppolo (QB – SF): He’s only owned in 20% of Dynasty Owner leagues and as the #21 rated QB, you probably shouldn’t have him Active on a weekly basis. However, with six teams of bye and a few usual starting QBs (The G.O.A.T. Tom Brady, Deshaun Watson, Carson Wentz) amongst them, Garoppolo is a good Active replacement if you own him. He’s averaging 21.1 Dynasty Owner fantasy points per game if you take out the sloppy mess of a game versus Washington a couple of weeks ago and is fresh off a 41.1 Dynasty Owner fantasy point performance last week versus Arizona. Garoppolo is a good choice for your Active lineup this week.

Ronald Jones II (RB – TB): Jones is the new Tampa Bay starting RB after a season high 16.2 Dynasty Owner fantasy point performance against Seattle in Week 9. In his first assignment as the starter, he gets to face an Arizona defense that has allowed an average of 154.9 yards rushing per game with 87.4 yards going to the starting RB. If Jones is truly the starter and gets to carry the ball 18 times again as he did in Week 9 versus Seattle, then he should provide at least an average performance against the Arizona defense. Jones has scored double-digit Dynasty Owner fantasy points in every game in which he’s had 13 or more carries. Expect him to get that many against Arizona and produce a game worthy of being Active.

Mike Gesicki (TE – MIA): Normally, picking the TE facing the Arizona Cardinals is the smart play here, but neither O.J. Howard nor Cameron Brate has done anything this year, so I’m looking elsewhere. Gesicki had the best game of his short NFL career last week with 15.5 Dynasty Owner fantasy points (6 receptions for 95 yards). With rookie WR Preston Williams out for the rest of the season, it looks like Gesicki is the number two option in the Dolphins passing game behind DaVante Parker. The Colts defense is allowing an average of just under 12.0 Dynasty Owner fantasy points per game to TEs with a low of 7.6, so Gesicki probably has a good floor this week. Put Gesicki in your Active lineup with confidence this week.

Two Good and two Bad recommendations for players to Bench. Not as good as usual, but ok. I’ve been better at projecting who should sit on the Bench as opposed to be Active in the past. Here are some players who Dynasty Owners drafted to use or have been using in their Active lineup, but would be better if they sat on the Bench in Week 10.

Dak Prescott (QB – DAL): Another tough week to decide on a Bench QB. We’ll go with Prescott who has thrown 8 INTs this season and is playing against the Vikings defense that has 8 INTs on the season, tied for 6th place. The Vikings defense is only allowing opposing QBs an average of 225 yards passing per game. Prescott is averaging 297 yards passing per game, but if you remove his 400+ yard performances against the Giants and Packers, that average drops to 252 yards per game. And he might be without Amari Cooper for the game as Cooper is undergoing an MRI on his knee. Prescott will need to throw for at least 2 TDs to be worthy of having in your Active lineup. He won’t, so go ahead and leave him on the Bench.

Derrick Henry (RB – TEN): Henry does most of his damage on the ground. However, he is averaging only 71 yards per game with a high of 100 yards back in Week 4 versus the Falcons. The Chiefs defense has held their opponents’ starting RB to just 71 yards last week (Dalvin Cook) and 67 yards the week before that (Aaron Jones). Both of those guys are as good or better than Henry and it’s unlikely Henry will exceed those numbers on the ground, making it difficult to trust him in your Active lineup.

Tyler Boyd (WR – CIN): Boyd is averaging only 8.1 Dynasty Owner fantasy points per game the past three weeks, including 3 receptions for 10 yards (4.0 Dynasty Owner fantasy points) back in Week 6 against the Ravens. That performance came with Andy Dalton at QB and this week, there’s a new starting QB for the winless Bengals in rookie Ryan Finley. Probably not an upgrade for Boyd, so leave him on the Bench this week and see if Finley is the answer.

Jimmy Graham (TE – GB): Graham is the 13th ranked TE in Dynasty Owner scoring an average of 7.6 Dynasty Owner fantasy points per game, so he’s a fringe starter who might be pressed into your Active lineup this week. The targets aren’t there for Graham this season as he only has been targeted more than five times once. And he’s pretty touchdown dependent to be worth having Active as he has only scored more than 10.0 Dynasty Owner fantasy points in the three games in which he’s scored a TD. The Carolina defense has only given up two TDs to TEs this season, so bank on Graham staying out of the end zone and leave him on your Bench.

It’s time for our Dynasty Owner Match-up of the Week. This week, it’s old vs. new with an undefeated original Dynasty Owner squad (Wannabees) playing a new Dynasty Owner in the Turd Burglars. The Wannabees haven’t just been winning because some of the Owners in their league weren’t active enough, they’ve scored the fifth most points in all of Dynasty Owner and are a contender in the Chase for the Ring. But to win the Ring, they need to keep winning their league games and the 3-6 Turd Burglars are standing in the way of that this week.

The exclusive Dynasty Owner scoring projections based on their current lineups has the Wannabees winning by a margin of 130.5-113.9. Both teams will fall short of those projections this week, especially the Turd Burglars who are expected to get 33.5 Dynasty Owner fantasy points from the returning Patrick Mahomes and 16.7 from Amari Cooper. However, the Wannabees will still win by a solid margin and remain undefeated and in the Chase for the Ring.

My prediction record is 5-4 for the season with a three game winning streak. Four in a row? Check out the Week 10 Recap article next week to find out who won the Match-up of the Week.