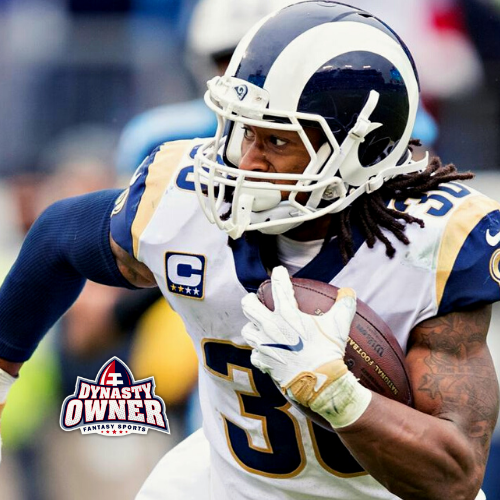 Week 11 is a tough one. It’s tough for those of us who don’t lie winter as it’s mid-November and the weather is cold in much of the U.S. It was tough to decide on some of the players to recommend as Active and some who should be on the Bench. And one as one of the top teams in Dynasty Owner featured in the Match-up of the Week tries to do something difficult (some might say tough) and stay undefeated and in the Chase for the Ring.

This is our eleventh Dynasty Owner game preview article. Many of you are still new to Dynasty Owner, so let’s review what you’re going to read. We will pick a Match-up of the Week and analyze each team’s starters and bench to see if any switches are needed, highlight other things of interest and importance and make a prediction on the winner and final score. We’ll also pick some players who should be in your Active lineup and some who you should Bench, as well as review last week’s recommendations. All stats are based on the Standard Dynasty Owner scoring system as outlined in the updated Dynasty Owner Constitution. Standard Dynasty Owner scoring gives you .1 points for every yard rushing or receiving, .1 point for every 2 yards passing, 1 point per reception, 6 points for a rushing, receiving or passing touchdown and 2 points for a successful 2-point conversion (rushing, receiving, or passing). Interceptions or fumbles lost cost you 3 points, while a fumble that is recovered by the player’s team is a loss of only 1 point. Bonus points are available for 100-199 yards rushing (2 points), 200 yards rushing or receiving (6 points), 300-399 yards passing (1 point) and 400 yards passing (4 points). There is also a 3 point bonus for clutch scoring, which is a score that results in a lead change in the final two minutes of the 4th quarter or overtime. Kickoff and punt return touchdowns are worth 6 points for the player and kickoff and punt returns are worth .25 points for every 10 yards. Standard Dynasty Owner scoring for kickers gives you 1 point for every extra point, while a missed extra point will cost you 1 point. It’s 2 points for a field goal of between 0 and 39 yards, 4 points for a field goal between 40 and 49 yards and 5 points for a field goal of 50 yards or longer. A missed field goal of between 0 and 39 yards will cost you 3 points, while a miss of 40 yards or more is a loss of 2 points.

First, we’ll look at last week and see how my recommendations worked out (Good, Bad or Just Ok). I recommended having the following players Active in Week 10:

A pretty typical performance with only one Good and three Bad recommendations. On the positive side, the Ronald Jones recommendation was spot on as he was the sixth best RB of the week. However, the Bad recommendations were pretty off-base, particularly the choices of Pascal and Gesicki, who fumbled on the Dolphins’ first possession. Let’s try again as here are some recommendations of players who should be Active in Week 11.

Derek Carr (QB – OAK): Carr is averaging 24.2 Dynasty Owner fantasy points per game in the four games since returning from the Raiders’ bye week. He’s thrown for at least 1 TD in all four of those games as well. And here comes a Bengals defense to Oakland that’s not tough at all, allowing an average of 28.8 points per game. Expect Carr to throw for at least 250 yards and a TD, which is a minimum of 18.5 Dynasty Owner fantasy points. Carr is your #18 ranked Dynasty Owner QB and only rostered in 41% of Dynasty Owner leagues, but if you have him, he should be in your Active lineup this week.

Joe Mixon (RB – CIN): After underperforming for most of the year, Mixon has put together back-to-back good fantasy weeks, averaging 18.4 Dynasty Owner fantasy points in his past two games. He ran for 114 yards last week versus Baltimore, his first game over 100 yards all season. He plays an Oakland defense that is allowing an average of 98.4 yards per game on the ground. The Bengals are still going with rookie Ryan Finley at QB, so they should lean on the run again this week, which is good for Mixon. He’s rostered in 100% of Dynasty Owner leagues, so if you’ve got him, this is the week to make him Active.

Deebo Samuel (WR – SF): Two weeks ago, against Arizona, Samuel caught four passes for 40 yards and scored 8.0 Dynasty Owner fantasy points. He was third on the team in targets just behind Emmanuel Sanders and George Kittle. Then last week, without Kittle for the entire game and Sanders for most of it, Samuel led the 49ers with 19.2 Dynasty Owner fantasy points (8 receptions for 112 yards). With both Sanders and Kittle not practicing yet this week, the 49ers might be without its top two receivers and have to lean on Samuel. That’s good for Dynasty Owners with Samuel on their roster and means he should be in your Active lineup this week.

Now, let’s look at last week and see how my Bench recommendations worked out (Good, Bad or Just Ok) for Week 10 when I recommended having the following players on the Bench:

Not a great week with two Just Ok and two Bad recommendations for players to Bench. The Bad recommendations were particularly bad as both Dak Prescott and Derrick Henry had great games, scoring over 35.0 Dynasty Owner fantasy points. Let’s try again with some players who Dynasty Owners drafted to use or have been using in their Active lineup, but would be better if they sat on the Bench in Week 11.

Carson Wentz (QB – PHI): Wentz is the #13 ranked QB in Dynasty Owner. Since #9 QB Kirk Cousins is only rostered in 4% of Dynasty Owner leagues, #8 QB Matthew Stafford is injured, and top 10 QBs Russell Wilson and Aaron Rodgers are on bye, Wentz is a likely Active QB option for many Dynasty Owners. Don’t do it. He got a tough match-up against the Patriots defense that has been really, really good for most this season. The Patriots defense is likely still steaming about allowing Lamar Jackson to beat them two weeks ago and with a bye week to game plan against Wentz and the Eagles, my gut says they will make it tough for Wentz to perform well. Find a QB not playing the Patriots this week to make Active and leave Wentz on the Bench.

Todd Gurley (RB – LAR): While Gurley isn’t a Top 20 RB in Dynasty Owner right now (he’s #25), he was definitely drafted by his Dynasty Owners to be Active every week. Gurley has been averaging only 9.7 Dynasty Owner fantasy points per week since he missed Week 6 against the 49ers. The Bears rushing defense isn’t too tough, but they did hold the Lions to only 61 yards rushing by RBs last week and the Chargers to only 36 yards three weeks ago. Gurley needs to score his fantasy points on the ground as he only has one reception in his past four games. He’ll probably keep up the streak of poor performances in Week 11, so keep him on the Bench.

Stefon Diggs (WR – MIN): In two games without Adam Thielen starting opposite him, Diggs has scored a total of 10.5 Dynasty Owner fantasy points. There’s a chance that Thielen plays this week against Denver according to Vikings Head Coach Mike Zimmer, which might help improve Diggs’ fantasy outlook, but don’t count on it. The Vikings should lean on their running game against Denver which would limit Diggs’ targets. Play it safe and Bench Diggs this week.

The exclusive Dynasty Owner scoring projections based on the best lineup for each team has New York’s Strongest winning by a margin of 159.1-118.4. It’ll be tough for New York’s Strongest to win by over 40 points as his projected score of 159.1 is 15.5 points higher than his average of 143.6 points per week. I’ll go with Eddie having an “average” week, but still defeating The Miracle Metcalfs by a solid margin to keep his undefeated season alive and continue on in his Chase for the Ring.

My prediction record is 5-5 for the season after a loss in Week 10 ended my three game winning streak. Can I predict the victor of this week’s game and move back to above .500 for the season? Check out the Week 11 Recap article next week to find out who won the Match-up of the Week.