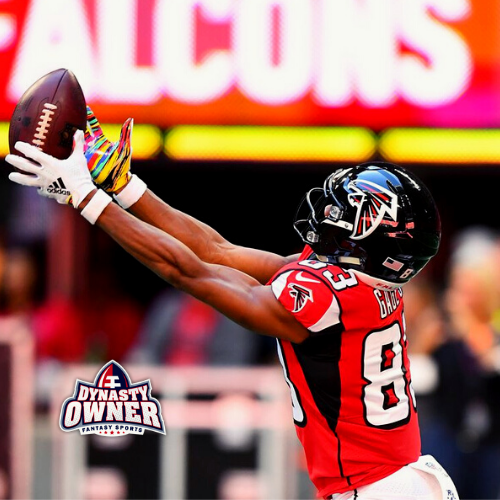 It’s Week 12, the final bye week of the NFL season and the start of the NFL and fantasy football playoff push. In the NFL, some teams are cruising towards a playoff spot but still need to keep win to secure home field advantage (New England and San Francisco), while others are fighting for their playoffs lives after tough starts to the season (Cleveland) and need to keep winning just to make the playoffs.

It’s the same in Dynasty Owner. The are undefeated teams (New York’s Strongest and Recyclers) who are going to make their league playoffs, but still need to win and put up big point totals to stay in the Chase for the Ring. Then there’s The Replacements, the #9 team in the Chase, and one of the teams featured in the Match-up of the Week. They only have a 6-5 record with some tough losses and two other top teams in their league in the Chase for the Ring (Day Drinkers and Puck Fittsburgh). Right now, The Replacements need to keep winning to even make the playoffs since they are in fifth place in their league.

This is our twelfth Dynasty Owner game preview article. We will analyze each team’s starters and bench in the Match-up of the Week to see if any switches are needed, highlight other things of interest and importance and make a prediction on the winner and final score. We’ll also pick some players who should be in your Active lineup and some who you should Bench, as well as review last week’s recommendations.

First, we’ll look at last week and see how my recommendations worked out (Good, Bad or Just Ok). I recommended having the following players Active in Week 11:

Much better than normal on the Active recommendations with two Good and two Just OK. The Just OK recommendations were both pretty close to being good as both Carr and Cook barely fell out of the top 10 performers at their respective positions in Week 11. Let’s try to duplicate last week with some recommendations of players who should be Active in Week 12.

Jeff Driskel (QB – DET): In two games as the Lions starter, Driskel has accumulated a total of 55.4 Dynasty Owner fantasy points. This week, he’s playing against the Redskins defense that just allowed Jets QB Sam Darnold to throw 4 TD passes last week (good for 34.4 Dynasty Owner fantasy points). He’s only owned in 6.5% of Dynasty Owner leagues and his salary is just $43,795 per week so if you’re missing Patrick Mahomes or Kyler Murray this week and need an Active QB, go out and get Driskel.

Russell Gage (WR – ATL): Gage is rostered in only 2% of Dynasty Owner leagues and it should be more since his annual salary is only $654,049 per year for the next three years. Since the trade of Mohammed Sanu to the Patriots, he’s been the #3 WR in Atlanta and averaged six targets and 8.1 Dynasty Owner fantasy points per game. His involvement should continue to increase without TE Austin Hooper as well. This week, the Falcons face off against the dreadful Tampa Bay defense that has allowed multiple TDs to WRs in each of its past four games. Gage has a good chance to catch his first TD pass this week, so make him Active.

Dallas Goedert (TE – PHI): Tight end is a thin position this week with multiple top TEs out due to injuries (Austin Hooper and Will Dissly) or bye weeks (Travis Kelce and Hunter Henry). Goedert has averaged 11.1 Dynasty Owner fantasy points per week over the past five weeks. The Eagles need wins to stay in the playoff chase, but are thin at WR with DeSean Jackson out and Alshon Jeffrey only just returning to practice after missing last week’s game. Goedert will only need to score 10.0 Dynasty Owner fantasy points to be a Top 10 TE and the Seattle defense has been poor against some other good TEs, allowing Gerald Everett to score 20.6 Dynasty Owner fantasy points and Austin Hooper to score 18.5 against them. Goedert should be able to reach his average for the past couple of weeks and should be in your Active lineup.

Now, let’s look at last week and see how my Bench recommendations worked out (Good, Bad or Just Ok) for Week 11 when I recommended having the following players on the Bench:

Week 11 was worse than usual with only one Good recommendation and three Bad ones. All of players who ended up as Bad recommendations finished the week in the Top 10 players at their respective positions. Let’s try to do better this week with some players who Dynasty Owners drafted to use or have been using in their Active lineup, but would be better if they sat on the Bench.

Aaron Rodgers (QB – GB): The winner of the Green Bay-San Francisco game will have the advantage in the race for home field throughout the NFC playoffs. The top paid QB in Dynasty Owner, Aaron Rodgers, has been held under 20 Dynasty Owner fantasy points in six out of ten games this season, including his last two games before their Week 11 bye. He only scored 12.4 points versus Carolina and 16.6 versus the Chargers in his last two outings. And neither one of those defenses is as good as a San Francisco defense that is only allowing an average of 173.5 passing yards per game. Kyler Murray did score 32.2 Dynasty Owner fantasy points against them last week, but 12.7 of those points came on the ground (67 yards rushing and 1 rushing TD). Bench Rodgers against San Francisco and find another QB to make Active this week.

Josh Jacobs (RB – OAK): If at first you don’t succeed, try try again. That’s my mantra with this pick since I picked Jacobs as my Bench RB back in Week 9 and he burned me by scoring 26.0 Dynasty Owner fantasy points. Here’s the argument for leaving the #8 RB in Dynasty Owner on the Bench. He scores over three-quarters of his Dynasty Owner fantasy points on the ground and the Jets have held opponents’ RB to an average of 46 yards per game over the past four weeks. The last time an opponent ran for over 100 yards against the Jets defense was Ezekiel Elliott back in Week 6. Dynasty Owners have a lot of other RBs with good match-ups this week that they can make Active, while leaving Jacobs on the Bench.

Amari Cooper (WR – DAL): Benching the #4 WR in Dynasty Owner might be tough to do, but it’s the correct call this week. Cooper is matching up against the Patriots secondary which has been outstanding all season. In particular, Patriots CB Stephon Gilmore should shadow Cooper and opposing WRs are averaging only 3.3 receptions for 33.1 yards per game against him. It’s also a road game for Cooper and the Cowboys and Cooper only averages 10.1 Dynasty Owner fantasy points per road game this season. This is after averaging just 8.4 Dynasty Owner fantasy points per road game in four road games for the Cowboys last year. That’s not enough points to be Active, so leave him on your Bench this week.

Gerald Everett (TE – LAR): The whole Rams passing game struggled last week, including Everett who only caught 1 pass for 20 yards (3.0 Dynasty Owner fantasy points). As a result, the Rams find themselves right in the middle of the Wild Card race with the playoff-bound Ravens coming to Los Angeles on Monday night. If the Ravens defense plays as well against the Rams as they did against the Texans, it’ll be another poor performance for Everett. The Ravens held Darren Fells and Jordan Akins to a combined 5.3 Dynasty Owner fantasy points last week (2 receptions for 33 yards). The Ravens have also only allowed two TDs to TEs this season. Even though it’s a thin week at TE, Dynasty Owners can find a better option to have Active than Everett.

The Replacements (Dustin S) vs. Ballad of RickyBobby (Bill J)

Their opponent, Ballad of RickyBobby, have just a 4-7 record on the season, but are looking at this week as their own personal playoffs and relish the chance to be a spoiler.

The exclusive Dynasty Owner scoring projections based on the current lineup for each team has The Replacements winning by a margin of 131.4-100.6. It’ll be closer than that as The Replacements will win, but they may be fighting for their Dynasty Owner playoff lives and praying for more scoring in both the Sunday Night and Monday Night Football games.

Final Score Prediction: The Replacements 120.6 vs. Ballad of RickyBobby 99.7

My prediction record is 6-5 for the season after a correct prediction in Week 11. Will it be another victory and a two-game winning streak or a loss that will send my record back to .500? Check out the Week 12 Recap article next week to find out who won the Match-up of the Week.