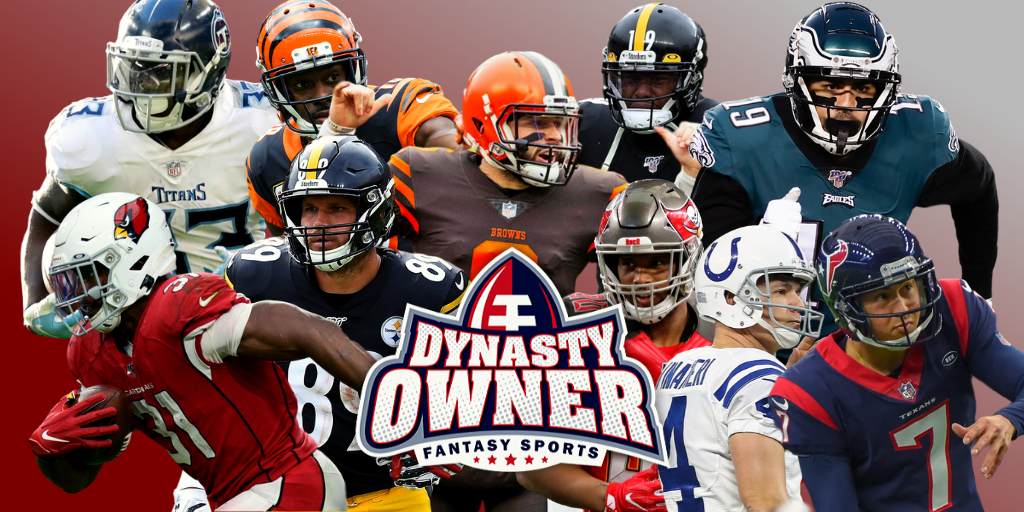 We gave out the Player of the Year awards first and now, we follow up with the Busts of 2019. Hopefully you weren’t relying on these players to help you capture your Dynasty Owner League Championship because none of them lived up to their expectations in 2019. Unfortunately, there were many “worthy” candidates this season and not all of them made the list.

Dynasty Owner Bust of the Year

Our first Dynasty Owner Bust of the Year is: Baker Mayfield

The dishonor of Bust of the Year goes to Cleveland Browns QB Baker Mayfield. By no means did Mayfield have the highest cost per point or statistically the worse year in Dynasty Owner, but when you factor in ADP and salary, he’s the choice. Mayfield had an Average Draft Position (ADP) of 9 meaning he was likely drafted by most Dynasty Owners with their first round pick and as the centerpiece of their team. Like the Browns, Baker started slow, with an average of 13.4 Dynasty Owner fantasy points per game in his first six games before the Browns’ bye week. He improved in the seven games after the bye, averaging 20.6 Dynasty Owner fantasy points per game. Better, but still not the production expected from a first round pick. Even though his $8.17 million annual salary is low for a QB, Dynasty Owners who drafted Mayfield were likely looking for more production than he delivered during the 2019 season.

Injury Bust of the Year

Our Dynasty Owner Injury Bust of the Year is: A.J. Green

A.J. Green is the easy “winner” here as he went the entire Dynasty Owner regular season on the Bengals roster and never played in a game. Not a single one. Green was drafted in 74% of leagues with an ADP of 138 so his Dynasty Owners were probably thinking about keeping him on their Bench and maybe having him Active based on their weekly match-up. Nobody who drafted Green and his $15 million annual salary thought that he wouldn’t play the entire year. The Bengals didn’t even put him on Injured Reserve until Week 17 of the NFL regular season. Therefore, all of his Dynasty Owners had to carry his $15 million salary all year without the ability to use the Injured Reserve spot and save some salary. What a disaster!

Rookie Bust of the Year

Our Dynasty Owner Rookie Bust of the Year is: J.J. Arcega-Whiteside

Position Busts of the Year

Here are the “winners” and runners-up for Bust of the Year at every position (QB, RB, WR, TE, K):

In addition to everything cited in the Bust of the Year section for Mayfield, we should note that he scored only just over half (52%) as many Dynasty Owner fantasy points as Player of the Year Lamar Jackson. Mayfield’s annual salary is nearly three and a half times more than Jackson’s salary.

Cam Newton put up just 20.5 Dynasty Owner fantasy points in his first two games after being drafted in 91% of Dynasty Owner leagues with an ADP of 76, was then benched for a foot injury and never played another game. Unfortunately for his Dynasty Owners, he wasn’t put on Injured Reserve until Week 10, so they had to carry Newton’s $20.76 million salary for most of the Dynasty Owner regular season. He still has one year left on that contract as well. At least his Owners were able to use another QB in Newton’s place once he got benched.

By virtue of having a cost per point of over $100,000 as a running back, Dion Lewis makes the list as the runner-up RB. Dynasty Owners in 72% of leagues drafted Lewis and his $4.95 million salary, probably as a handcuff in case of a Derrick Henry injury or thinking that he would have a role in the Tennessee offense catching passes on third down. Neither happened as Henry stayed healthy for the entire Dynasty Owner regular season and Lewis averaged less than two receptions per game for the Titans. His ADP of 144 meant he was probably destined for a Bench spot on your Dynasty Owner team, but he didn’t even warrant that as he never scored more than 7.3 Dynasty Owner fantasy points in a single Dynasty Owner regular season game.

How many of you were debating on your draft night between Michael Thomas and JuJu Smith-Schuster? Probably quite a few as they came into the 2019 season looking like the top two value WRs in Dynasty Owner. A lot of you took Smith-Schuster over Thomas based on his slightly lower ADP (8 for Smith-Schuster versus 12 for Thomas). The small difference in ADP ended up being a huge difference on the “field” as Thomas scored 198.1 more regular season Dynasty Owner fantasy points than Smith-Schuster. The saving grace for Smith-Schuster Dynasty Owners is that he only cost just over $1 million in salary this year and you can keep him (if you want) for another year at that salary and hope he turns it around in 2020.

This was a close competition and probably the closest position choice of all of them, but Vance McDonald “wins” over O.J. Howard here because of his almost $3.8 million higher salary for 2019 and the next two seasons. McDonald was drafted in every Dynasty Owner league with an ADP of 130 despite his high salary ($6.55 million). He didn’t produce for that salary and ADP as he only scored double-digit Dynasty Owner fantasy points twice (Week 2 and Week 9) and failed to score at least 5.0 Dynasty Owner fantasy points in six regular season games.

Even though he ended the year on Injured Reserve, Vinatieri did play in all but one Dynasty Owner regular season game. In those 12 games, he scored only 41.0 Dynasty Owner fantasy points, or an average of 3.4 per game. The 46-year old future Hall of Famer missed 8 FGs and 6 PATs in those games and scored negative Dynasty Owner fantasy points three times. He cost $3.875 million in salary for 2019 and was drafted in 85% of Dynasty Owner leagues at an ADP of 185. He might return to kick again in 2020, but his contract expired so all Dynasty Owners who had him on their rosters this year aren’t obligated to keep him.

Hopefully you didn’t draft too many of the players these players! Our next article will look at some players who got new contracts in 2019 that take effect for the 2020 Dynasty Owner season. Thanks for reading and being a fellow Dynasty Owner!