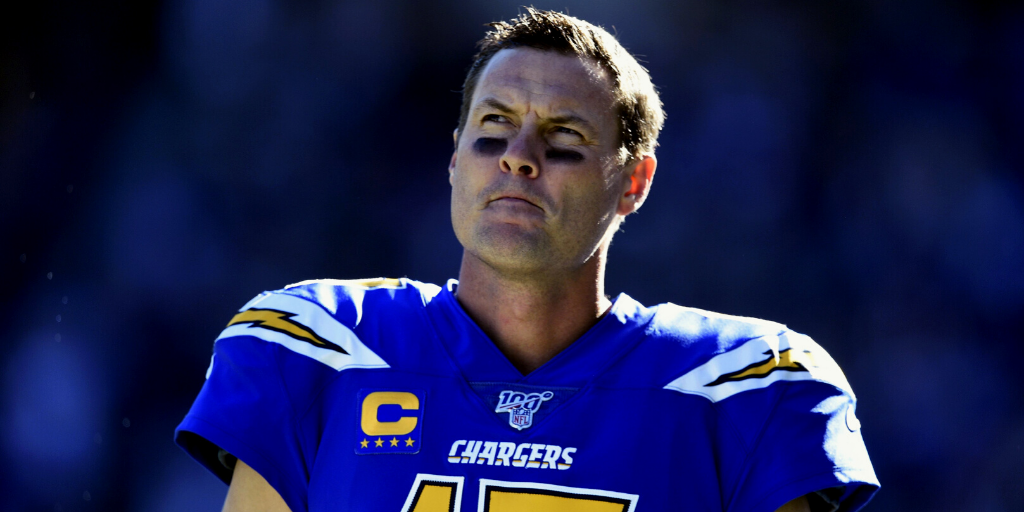 We’re a moving on up! Moving on up! To the East Side! To a De-Luxe apartment in the sky! This first of two articles on players who have moved teams since free agency started will focus on players who received a salary increase. That’s why the title has the Jeffersons in it (look it up if you don’t get it).

While they all may have gotten a salary increase, some of them will be worth the extra money, some won’t be, and others are in the middle. There are a lot of players who left one team in free agency for more money with another team, so we can’t cover everyone (sorry if you are looking for analysis of Robby Anderson, Tajae Sharpe or Case Keenum). Instead, let’s take a look in depth in this article at a few other players.

This off-season, we had two veteran QBs sign $25 million contracts with new teams – Philip Rivers and the G.O.A.T. (Tom Brady). While Brady is older (43 when the 2020 NFL season starts vs. 38 for Rivers), he was the one who got a two-year deal, while Rivers settled for just one year. That’s just not fair, Rivers has nine kids to support!

Regardless of how many kids they have or age, both Rivers and Brady are tied together this off-season because they are playing for a new team for the first time in the twilight of their careers. Their $25 million contracts, on average, put them into a tie with Drew Brees and Derek Carr for 12th on the list of highest paid QBs (https://www.spotrac.com/nfl/rankings/average/quarterback/). Both are making slightly more than in 2019, $2 million for Brady and almost $4.2 million for Rivers. However, which one (if either) is a better fit for your Dynasty Owner team, or should you drop Rivers or Brady if you have them on your roster currently. We’ll break down Brady first, because he’s the G.O.A.T. then Rivers.

Brady finished the 2019 season as the #11 QB in Dynasty Owner (for the second consecutive year) with an average of 21.6 Dynasty Owner fantasy points per game. He was fairly consistent as he really only put up one very bad game (4.2 points in Week 4 versus Buffalo) versus four games with 30.0+ Dynasty Owner fantasy points (three in the first five weeks, then one thereafter). He’ll be another year older in 2020, but has better WRs in Tampa Bay (Mike Evans and Chris Godwin) than he did in New England (Julian Edelman), but a worse running game (Ronald Jones in Tampa Bay versus Sony Michel, James White and Rex Burkhead in New England) to help take the load off.

So, the question of the day is – Is Brady going to improve in 2020? Honestly, probably not, but he could stay in the same range as the past two seasons and finish as the #11 QB again, which is fine based on his salary ranking. For the Dynasty Owners who have him on their roster (he’s owned in 89% of Dynasty Owner leagues), hold him unless you really need the salary cap room or have a younger, better QB (or better yet, two) on your roster. Trading is dicey as what are you going to get in dynasty for a 43-year old QB?

Rivers is owned in fewer Dynasty Owner leagues (48%) than Brady and finished the 2019 season as the #18 QB in Dynasty Owner, a decline from #12 in 2018. His weapons in Indianapolis (T.Y. Hilton, Marlon Mack and Jack Doyle plus a rookie/free agent WR) aren’t as good as they were on the Chargers (Keenan Allen, Austin Ekeler and Hunter Henry), so expect that he’s not going to be better in 2020. Maybe having an actual home crowd to play in front of will make him perform better, but don’t count on it. Drop Rivers if you need salary cap room or if a cheaper, younger QB such as Teddy Bridgewater ($21 million contract, owned in 43% of Dynasty Owner leagues) or just a younger QB who costs the same (Derek Carr – owned in 41% of Dynasty Owner leagues) is available.

Are These Receivers Worth Four Million More?

In another coincidence, we have three receivers (two WRs and one TE) who got new contracts with new teams that will pay them $4 million more than they were paid in 2019 (technically, it’s “only” $3.75 million more for Tyler Eifert, but that’s close enough). All of them were not highly owned in Dynasty Owner in 2019 at their old salaries, but are expected to have expanded roles with their new teams, thus justifying the higher salary to their new team. The question for Dynasty Owners is – Are they worth their new 2020 salary or not?  Let’s take a look and see.

Greg the Leg Moves from LA to Dallas

Finally, we have another kicker, in addition to Mason Crosby who was highlighted in a previous article (https://9jn.41d.myftpupload.com/2020/03/afford-new-home/), who got a new contract worth more than he made in 2019. Greg Zuerlein, aka Greg the Leg, received a three year, $7.5 million contract from the Dallas Cowboys and will no longer be kicking for the Rams. Greg the Leg was with the Rams so long that he played with them when they were still in St. Louis.

His new contract is worth only $250,000 more per year than his old one, but is he really worth $2.5 million in Dynasty Owner salary cap room? Should his Dynasty Owner drop him or keep him (you can’t pick him up because he’s owned in 98% of leagues right now)?

Even though $2.5 million seems like a lot of your $110 million salary cap for a kicker, Zuerlein will only be the 18th highest paid kicker in the NFL in 2020 (https://www.spotrac.com/nfl/rankings/average/kicker/). He finished as the #13 kicker in Dynasty Owner in what was a poor season for him. He missed nine FGs in 2019 (1 FG under 40 yards and 8 of 40+ yards), but was perfect in PAT attempts (42 for 42). He missed as many FGs in 2019 as he did in the prior three seasons combined. As a Zuerlein Dynasty Owner, I’m sticking with Greg the Leg and predicting that he bounces back in 2020. I have two other, cheaper kickers as well and recommend everyone try and have the same on their roster.

Not everyone who got a new contract in 2020 is going to be worth the higher salary in Dynasty Owner. Breshard Perriman is one player who Dynasty Owners should look at getting if he’s available in your league, the G.O.A.T. and Greg the Leg are two guys to hold. Dynasty Owners can probably even try to work a trade for Zuerlein as well. In contrast, Randall Cobb, Tyler Eifert and Phillip Rivers can be dropped if you need salary cap room or left in the Free Agent Auction.

There’s more contract news to cover before Dynasty Owners have to pay the drop fee to release a player. A second article about players who switched teams this off-season, but are getting paid less than they did in 2019, is coming tomorrow. And don’t forget about all of the great Dynasty Owner specific podcasts (particularly the Live podcast from Friday – which was a lot of fun), message board debates and Twitter posts.  All of this great content is available to help you win your Dynasty Owner league and maybe become the winner of the 2020 Chase for the Ring!