Best Fit for Players in the 2020 Draft 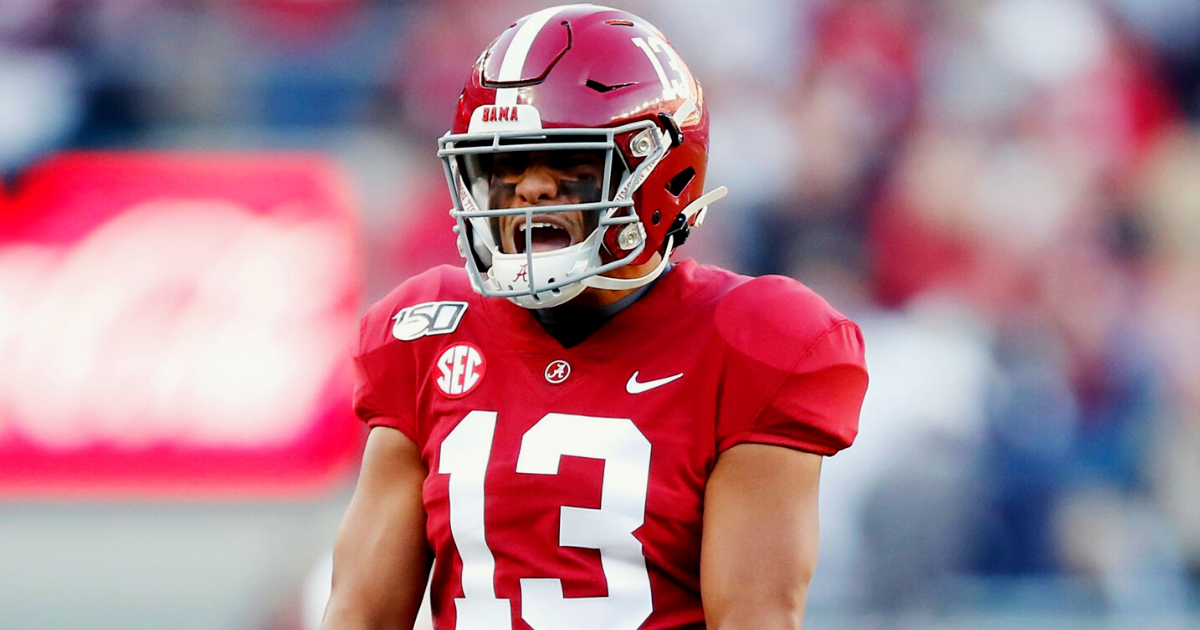 Best Fit for Players in the 2020 Draft

If we can expect anything from this week’s draft, it is to expect the unexpected. This year’s rookie selection event projects to be the most watched draft in NFL history. This historic function is sure to be loaded with plenty of fireworks involving trades for both picks and current players.

We will witness real life NFL GM’s doing their best impression of drafting like us fantasy sports enthusiasts; at home, on a laptop. Our guess is as good as anyone’s as to who will go where. Without visits, medicals, and agents middling in the process…this draft can go in any direction.

Instead of providing you with yet another mock draft, let’s take a look at the best team fits for some skill position players that will be selected this weekend.

***Their projected team salary for 2020 in parenthesis***

This could be the best case scenario for Tua. A red-shirt year would be optimal for this high-profile QB for not only medical reasons, but also the lack of preparation due to the pandemic.

An advanced prospect that is just 21 years old. Incredible hands and an absolute beast after the catch. Known for his competitive fire, he would be a great fit in Jon Gruden’s receiver friendly scheme.

This route technician would be an incredible addition to any team. His landing spot with the Super Bowl runners up would be much needed to line up across from budding star Deebo Samuel and overlooked Jalen Hurd. The Alabama product is also reportedly coveted by Philadelphia as well.

Jefferson’s selection would be best as a result of Tampa trading down after the top 4 tackles are taken. If there is one thing that Tom Brady always had it was a sure handed slot technician. Although All Pro Chris Godwin ran 518 routes in the slot last year, his 4.42 wheels could be utilized on the outside with the addition of Jefferson.

Miami has acquired an NFL leading 14 picks for the 2020 draft and is primed to reload it’s roster. Jordan Love just may be the 3rd QB selected this weekend and it would be a great fit for the Fins. His ultra competitive attitude and play making ability could just be what Dolphins have needed for a long time.

This just makes too much sense, but he might not last to Denver’s pick at 15. Any team could use the talents of this speed demon. Although he had limited career production as Jerry Jeudy’s running mate at Alabama, Ruggs is a complete receiver. He is a precise route runner with sure hands (only 1 drop in 2019).

With the door closing on the career of Drew Brees, Jalen Reagor would be a fantastic addition for what could be a playoff bound team. With the ability to play in the backfield and be used as a gadget-type player, Sean Payton could have fun with this one.

The Packers have been searching the last few drafts for someone to occupy the field across from Davante Adams. Tee Higgins just may be their guy. Size, speed, contested-catch ability are the reasons Aaron Rodgers will love this weapon.

The world champs may be better suited adding a CB in round 1 but a WR makes sense as well. They are wearing championship rings because they continue to add speed to their WR corps.

Aiyuk is a big play threat with solid hands and excellent after the catch ability. Probably not happening but it’s a nice fit.

Mims is raw but is a physical freak. He demonstrates fantastic body control and produced an explosive body of work at Baylor. He would add to the young receiving group of Terry McLaurin, Kelvin Harmon, and Trey Quinn.

Possibly the best RB prospect in this class. Explosive, with superb vision and solid receiving ability would make a lot of sense for the rebuilding Dolphins. He and Jordan Howard would make good complimentary pieces in the backfield.

An elite runner with good size and great hands. He would be a perfect fit for Jacksonville after they move on from the limited Leonard Fournette.

CEH is an elusive runner with gifted catching ability. He is extremely elusive and could become Tom Brady’s prefered weapon out of the backfield.

Atlanta had a front row seat to the Taysom Hill show. The Falcons also need to add to their dynamic playmakers. They could kill two birds with one stone by selecting the incredibly athletic Hurts in round 3. It would benefit the team to upgrade the backup QB position and benefit Hurts to learn from Matt Ryan.

The Steelers will need to add a dynamic playmaker to this workmanlike backfield in this year’s draft. Pittsburgh’s running back room could have doubled as the trainer’s room in 2019 with all of the nagging injuries. Coincidently, Moss reminds many of Le’veon Bell with his elusiveness and glide ability.

This one is just fun. McDonald is an absolute clone of Josh Allen. The backup QB position candidates aren’t exactly intimidating with the likes of Matt Barkley and Davis Webb. McDonald is a draftable prospect that should go somewhere in rounds 4-6.

This list does not necessarily encompass team needs or what they will do come draft weekend. It’s simply a compilation of players that would benefit from a team’s scheme. This draft has the sense of “anything can happen” and it will provide some much needed entertainment for all of us.