Late Round Dart Throws for the 2020 NFL Draft 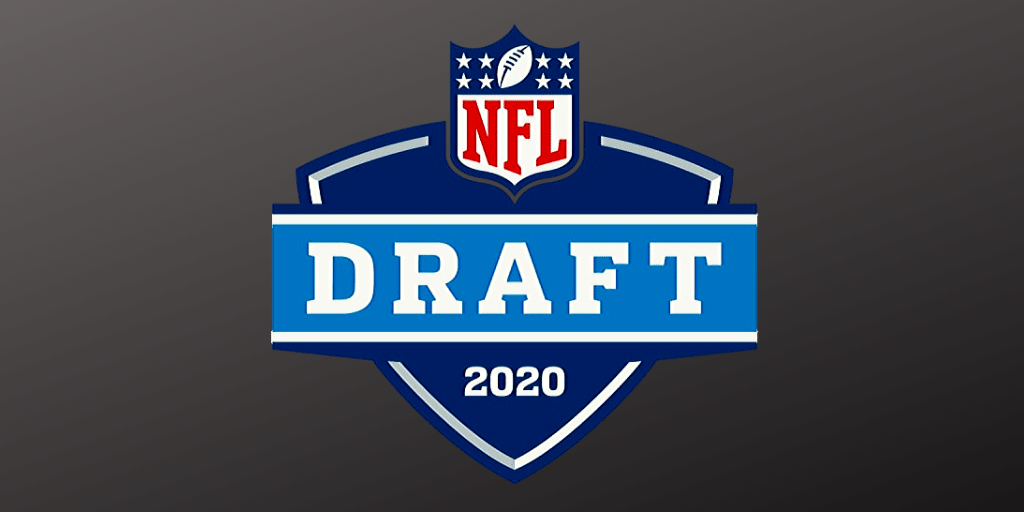 Late Round Dart Throws for the 2020 NFL Draft

With draft season upon us there are more uncertainties than usual. Due to COVID-19, NFL teams are in uncharted territory when it comes to the rookie draft. The NFL mandates that team Owners, General Managers, Head Coaches, and Directors of Scouting must be separate during the draft and are allowed one IT person to be present during the draft. You can view an inside look as to the world we live in ​here​.

A big issue, according to several NFL executives, is the 2nd phase of the draft. The second phase begins when the draft is complete and non-drafted players are able to sign with NFL teams. These undrafted free agents are free to sign with the team of their choice when they come calling.

The problem that teams face is the unusual lack of information when it comes to draft eligible players. Normally, NFL teams are permitted to transport up to 30 draft prospects to their facility for medical exams, interviews, and additional testing during the pre-draft process. Many players and teams were shorted this experience in 2020. Instead, teams must rely on private pro-days without a team representative present. The workouts have been awash with sketchy editing, weird camera angles and it seems everyone runs the 40 in the 4.2’s during the pandemic.

Listed here are five future NFL players with an estimated 2020 cap value. So, let’s take a look at some players that may be late round draft picks or UDFA’s that you might want to keep your eye on during your fantasy draft or free agency period.

Luton is considered to be one of the top 10 QB prospects in this year’s draft class. With three years starting experience at Oregon State, Luton has put together an impressive resume in his tenure with the Beavers. Luton improved every year in passer grading including going for 28 touchdowns to only 3 interceptions in his senior campaign. As a two star recruit coming out of Washington, Luton accepted an offer to play at Idaho. He redshirted there and then transferred to Ventura Community College. During his lone season at Ventura, he posted a 3,551 yd/40 TD line white adding 175 yards and 6 touchdowns on the ground.

Sporting a 6’ 7” and 230lb frame, Luton offers above average pocket presence and escapability. He is absurdly accurate when given a clean pocket and is very proficient in the play action game, whether under center or in shotgun.

Playing in a limited offense for Jonathan Smith at Oregon State, we may not have seen what Luton was capable of. Luton should be a day 3 pick and does not project to be a year one starter but he offers potential in the right system and just might be a good stash on your practice squad.

If it were any other year and the 2020 wide receiver class wasn’t so inslanely loaded, we would be talking about John Hightower being drafted in the 2nd round. A deep threat out of Boise State, by way of Hinds Community College in Mississippi, Hightower is a speed demon with above average ball-tracking ability.

His 2019 season saw him catching 51 balls for 943 yards and 8 scores. His impressive 18.5 yards per reception ranked him 5th in the nation (of those with more than 50 receptions) albeit playing against lesser competition in the Mountain West division. Hightower is not a tackle-breaker by any means. In fact, he is more of a catch and get tackled or catch and score type of player.

Evans is a vision runner that would excel with better blocking in a zone themed rushing attack. NFL teams will love the fact that he rarely fumbles and has some receiving chops. In 2019 he was able to carry the load for Appalachian St turning 256 attempts into 1484 yards and 18 touchdowns while adding 198 yds through the air.

What he lacks in elusiveness, he makes up for in vision and big play ability. Evans was able to bust out 28, 20+yd runs ranking him 3rd in the nation. At 5’10” and 203lbs soaking wet, Evans projects as a speed back in a complimentary role at the next level. Because the NFL is finally realizing that you can find quality running backs in the later rounds, expect Evans to go late in the draft or be signed quickly as an UDFA.

With fresh legs and insane explosiveness, Antonio Gibson is going to make some NFL team very happy. Gibson is undoubtedly the most talented yet anomalous selection on this list. His limited use at Memphis was a head scratcher with only 307 career offensive snaps.

He appears to be built in a lab with a solid base and supreme athleticism, his game oozes with quickness, bounce, and crazy tackle breaking ability. With an insanely limited 77 career touches; Gibson broke 16 tackles on 33 rushing attempts and 17 tackles on 38 receptions. That is enough to make any NFL GM drool over the possibilities. He is listed on several draft boards as either a WR or RB but should find work somewhere in between with his new employer.

He does not run the most polished routes and could do a better job of catching the ball away from his body, his incredible athleticism will translate well to catching balls coming out of the backfield or close to the line of scrimmage. The NFL seems to be finally coming around to the usage of athletes like Gibson (RIP Tavon Austin and Corradele Patterson fantasy owners). He should be a round 2-4 selection in the NFL draft and an early to mid round 3 pick in Dynasty Rookie drafts.

The list would not be complete without a tight end in what appears to be an underwhelming draft class for the position. Typically, tight ends outside the top three taken don’t get love in the fantasy community but Harrison Bryant is a name you may want to be familiar with. With a 6’5” 240lb frame, Bryant is a solid route runner that brings physicality to his game.

Bryant will not be confused as a good or even competent in-line blocker, his fantasy relevant abilities are why we’re here. In three seasons of work at FAU, he has compiled a resume consisting of 142 receptions on 197 targets for 2,076 yards while hauling in 18 TD’s. While he’s not a seperator like George Kittle or Noah Fant, he is a good seam stretcher that has a knack for finding openings in coverage. He reminds you more of a Cam Brate or Hunter Henry type player that bails out his QB with his smarts.

Smooth enough to create missed tackles and strong enough to gain some yards after the catch, he became a drop monster in 2019 totaling an alarming 8 drops. These drops appear to be fixable since they are mostly concentration drops and not ones that seem to be technique issues. That being said, his toughness with the ball in his hands and his contested catch prowess, he should be the 5th to 8th TE taken somewhere in rounds 5-7 at the end of April.

Although the players on this list may not and probably won’t be much more than year 1 bench stashes, they are still worthy of consideration for dynasty fantasy football purposes. These players are the ones you want to keep in mind if your rookie drafts get into the 3rd, 4th, or 5th rounds when the notable players are scooped up and you’re at a loss. With all of the uncertainty in this year’s pandemic influenced draft, you just might be able to find a gem in the late rounds.