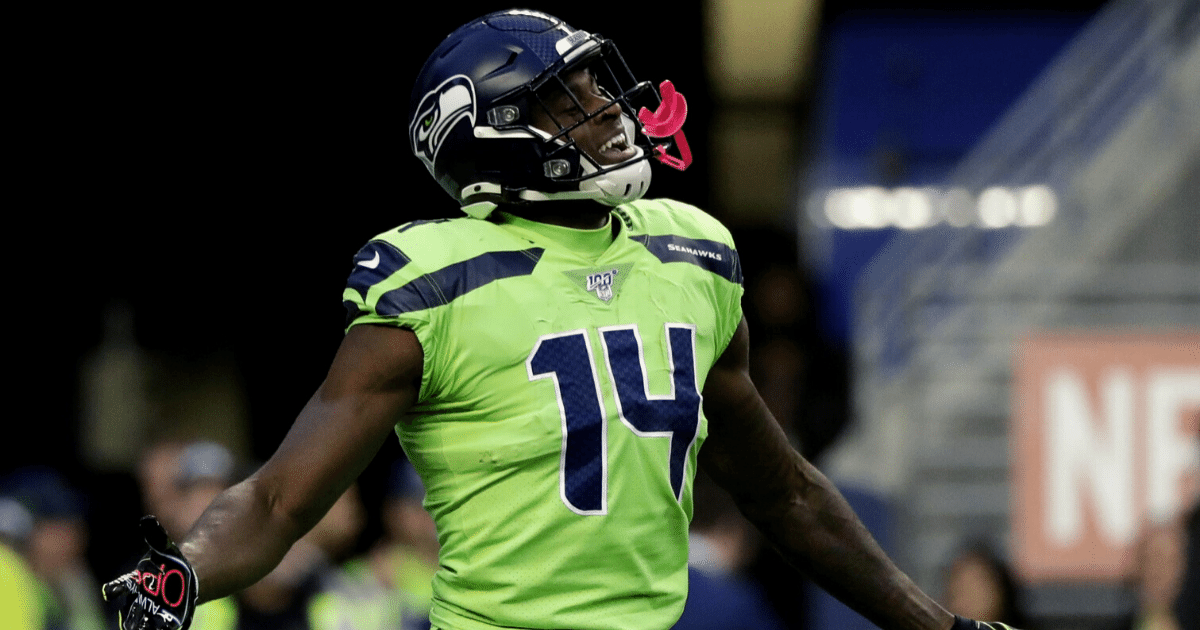 One great question that keeps coming up is – “How much salary cap room do I need to have for draft picks?”  The short answer is: “It depends”. That answer isn’t very helpful so it’s time to dive into some 2020 draft pick research, look back at last year’s draft, and give a (somewhat) better answer to that question for all of our Dynasty Owners.

However, say you wanted the top three picks in the NFL draft and skill position players (QB, RB, WR, TE) were selected as the top three players, your Dynasty Owner team would need almost $26.4 million in salary cap room. The 2020 rookie salary for the top pick will be $9.154 million, it’s $8.735 million for the second pick and $8.469 million for the third pick. That’s a total of $26.36 million, or $24.83 million more than the minimum.

Let’s take a look at some realistic scenarios based on current mock draft projections. We’ll use NFL.com as our source for projections of when players will be drafted (http://www.nfl.com/draft/2020/mock-drafts). After that, we’ll check out some “real world” examples from 2019.

While it is possible for a Dynasty Owner to draft the top three skill position players in their Dynasty Owner rookie draft, based on current projections, you’d be adding three QBs to your roster. Joe Burrow is projected as the #1 pick and either Tau Tagovailoa and Justin Herbert are projected to go as the #5 and #6 picks – depending on which mock draft expert you believe. If you don’t need three QBs, then you’ll likely be spending less than the $26.36 million.

Based on the Spotrac NFL draft tracker (https://www.spotrac.com/nfl/draft/round-1/), those three players will probably be paid the following amounts at the listed mock draft selection spot:

In total, that’s $23.465 million if you grabbed the top three skill position players likely to be drafted in the 2020 NFL draft. However, since very few Dynasty Owner teams probably need (or want) three rookie QBs, it seems that $23.5 million in cap room is really the highest possible amount that Dynasty Owners need to have available to draft rookies. More likely, the best that a Dynasty Owner will do is be able to draft the top QB, RB and WR.

Based on the mock drafts, the following players are projected as the top position players taken in the 2020 draft:

The top QB, RB and WR are likely to cost a Dynasty Owner around $6.7 million less than the three QBs as the total for Burrow, Lamb/Jeudy and Swift is projected at $16.766 million. In reality, that’s the upper range a Dynasty Owner should keep on hand after the amnesty period is over to give himself room to draft three top rookies. So, unless everyone in your Dynasty Owner league is close against the salary cap, someone is likely to have enough room to take one of those top guys, so most Dynasty Owners can get away with less than the nearly $17 million mentioned above.

For Dynasty Owners who like their team, but still have three draft picks and don’t want to restrict themselves to all rookies on minimum contracts, what’s a reasonable floor of salary cap space that you should have on hand?  Since about 10 skill positions are projected (on average) to be drafted in the first round, you could in theory draft a first round NFL draft pick (think WR N’Keal Harry who was the 32nd pick in the 2019 NFL draft), a mid-second or third round pick (one of the several WRs taken in that range in 2019 include A.J. Brown, Mecole Hardman, Parris Campbell, J.J. Arcega-Whiteside or RB Miles Sanders) and a fifth, sixth or seventh round pick (such as Hunter Renfrow, Darius Slayton, Gardner Minshew or Darwin Thompson). The most expensive of these grouping would have cost you only about $4.65 million in 2019, so to be safe, you’d need $5 million of salary cap room in 2020 to get the following players (# draft pick):

While that’s three WRs, it’s still not a bad draft haul for less than $5 million. If you took one guy from three different positions, say Minshew at QB (sixth round), Josh Jacobs at RB (first round) and D.K. Metcalf at WR (second round), you would have spent a little bit more ($4.81 million):

Without running more scenarios, it appears that $5 million is a good amount to have on hand to get a nice haul of rookies. It can be done for less if you need to and are able to mine the draft for some quality late round picks. A good draft last year would have been possible for only $2.533 million and netted a Dynasty Owner the following players:

The 2020 salaries will be slightly higher, and the picks won’t be the exact same selections, but based on these results, it looks possible to have a good 2020 Dynasty Owner draft for around $2.5 to $3 million.

It depends is actually the correct answer here as, everything depends on your roster and draft picks stash. If you need more good players and have cleared enough salary cap room and others in your league are cap strapped, then you could pick up three of the top skill position players taken in the 2020 NFL draft. You’ll possibly need as much as $26.4 million, but more realistically about $16.8 million.

It’s possible to have a great draft for less – just look at 2019 when a savvy Dynasty Owner could have picked three quality players up for as little as $2.533 to $4.81 million. That’s more like $3 million to $5 million in 2020 draft salaries, but it shows any amount can be the “right” amount of salary cap room. Don’t forget about all of the great Dynasty Owner specific podcasts you can listen to and watch. The YouTube Live podcast from last Thursday with special guest Christopher Harris and the one from the previous Friday were really great and highly recommended. We also have message board debates and Twitter posts that you can check out.  All of this great content is available to help you win your Dynasty Owner league and maybe become the winner of the 2020 Chase for the Ring!  After all, what else do you have to do now!