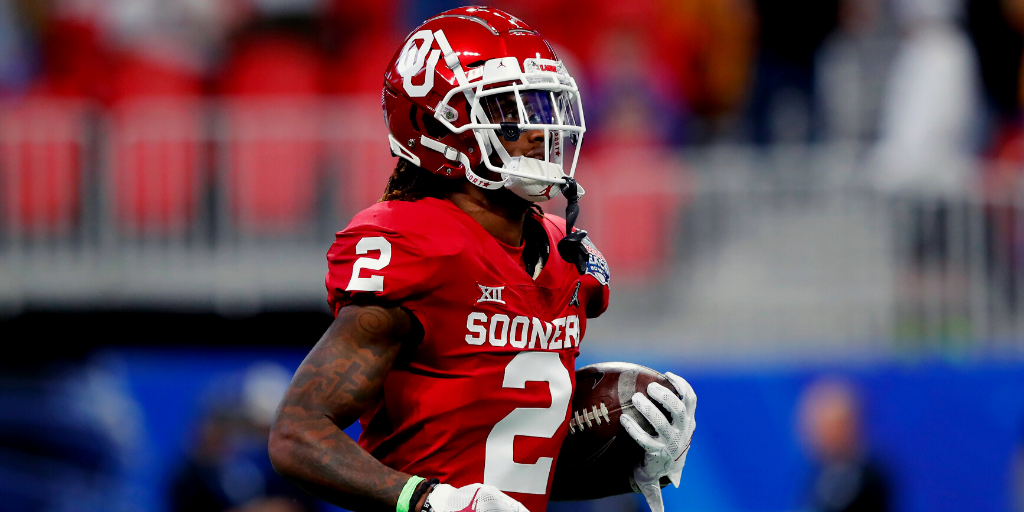 As I mentioned in the previous article, I will write about this year wide receivers draft class. In today’s article, I talk about day one draft picks, and in the next one, I will cover day the two picks.

The Las Vegas Raiders were the first team that takes WR on this year’s draft. From the 12th position, they selected Henry Ruggs. Ruggs was expected to be among the top three WR in the class, but this was a little surprise. The Raiders had an above-average offense this past season. They were 9th in the passing attack and 13th in the rushing attack. Derek Carr is a solid starter, but Jon Gruden and Mike Mayock didn’t ensure who is their starting QB would be for the future.

Carr will begin this season as a starter, but now the team has a backup option in Marcus Mariota. Josh Jacobs was great as a rookie, and there isn’t any reason not to repeat the good games in the next. TE Darren Waller played on a Pro Bowl level last season and will be the first passing option in next also. Despite the 9th passing attack, the Riders didn’t have any WRs with more than 50 catches and 650 yards. Tyrell Williams and Hunter Renfrow are very good for the 2nd and 3rd WR on the depth chart. In free agency, the Raiders signed Jason Witten and Nelson Agholor, and they will take some amount of snaps. What can we expect from Henry Ruggs? The Raiders are planning Ruggs to play WR no. 1 in this attack and to play a similar role as Tyreek Hill in KC. When we compare Ruggs with the 2014 class, three players from the first-round draft were no. 1 WRs for their teams and Ruggs is to be considered worse than all of them. Ruggs will play for an annual salary of $4,167,907. On day two of the NFL draft day, the Raiders selected one more WR, but about him in the next article.

The Denver Broncos were the second team to draft a WR in the draft. The Broncos defense was average this past season, while the offense was below average, especially their passing offense. That’s the main reason why they took a WR in the first two spots. (Also, in the third round, they added a Center to improve the offensive line). Jerry Jeudy was drafted from position no. 15. He was expected to be one of the first two choices at the WR position, so this wasn’t surprising. The Broncos offense is the youngest in the entire NFL. They don’t have a player older than 27 starting in the lineup. The biggest question for the next season will be the QB. John Elway has a lot of confidence in Drew Lock. He is in his second year and will be a starter without any reliable veteran on the bench. Their offense will be the run first. Three RBs, Phillip Lindsay, newcomer Melvin Gordon, and Royce Freeman, in their careers, they have, 1000, 850, and 500 yards per year, respectively. They will play a lot of snaps with two RBs in the field. WR no. 1, Courtland Sutton, had over 1100 yards last season. Jerry Jeudy is coming as a replacement for Emmanuel Sanders. Before he was traded last season, Sanders was on pace for 850 yards. Expectations are that Jeudy will be near that numbers. Jeudy’s annual salary will be $3,798,244. The second Broncos’ WR choice will be featured in the next article.

CeeDee Lamb was considered as the best WR prospects on this draft. Falling to the 17th position was unexpected, but Jerry Jones has no doubts about a pick in that situation. The Dallas Cowboys had a great attack game through the air last season. Only the Buccaneers were better. Dak Prescott threw for nearly 5,000 yards. Amari Cooper and Michael Gallup, both had 1,000 caught yards. They lost Randall Cobb and Jason Witten in the free agency, and the only big addition is Lamb. Dallas’s playing style won’t be changed despite head coach changes. The biggest question, probably in the entire NFL at this moment, is a situation about Prescott’s new contract. Prescott was tagged, but there are problems with the contract extension. If Prescott plays next season for the Cowboys, this easily can be a WRs trio with 1,000 yards. Lamb’s annual salary will be $3,502,503 for the next four years.

The fourth WR in a draft, from the 21st position, was Jalen Reagor, selected by the Philadelphia Eagles. Reagor wasn’t among the top 5 prospects by all pre-draft predictions. He was in the top 10 usually, but closer to 10 than to 5. Why did the Eagles take him? DeSean Jackson and Alshon Jeffery are the duos of very good WRs but from the wrong side of the ’30s. But they weren’t too healthy last year. They finished the season with WRs from the practice squad. The second TE Dallas Goedert played over 70% of snaps, and personnel with two TEs may be a concern for the number of snaps which will Reagor take. If the Eagles play more with 3 WRs, Jalen Reagor will have a similar role as Brandin Cooks had in the Saints in his rookie career. He is expected to bring the speed in this a bit older offense and will play from the slot usually. The Eagles currently have future cap problems. They are projected to be 50M dollars over the cap for the next season, and Jackson and Jeffery will be the first cap casualties after the season. Reagor’s annual salary is very friendly for the next four years at an annual salary of $3,317,669 with a lot of upside potential.

The Minnesota Vikings didn’t skip on Justin Jefferson, and they picked him right after the Eagles picked up Reagor. The Vikings were an average team last year in terms of statistics on both sides of the ball. They were great at the run game, but they had problems with the O-line and Passing game. They also had problems with the cap, and because of that, they sent the only reliable receiver from last season, Stefon Diggs, to the Buffalo. The first-round pick from this transaction was used to select Jefferson. Jefferson will be the second WR, next to Adam Thielen, who missed the middle part of the last season due to injury. The Vikings are usually playing 12 or 21 personnel, and that is one interesting fact for Dynasty Owner’s.

The San Francisco 49ers selected the last WR on day one of the draft, Brandon Aiyuk. He was drafted from the 25th position. They gave two picks to the Vikings, to move up for 6 positions, one pick in the fourth round, and the second one in the fifth round. The 49ers were great last year. They lost in the Super Bowl, as all we know, but they were the second-best defense in the league, just behind the New England Patriots. Their run game was also second in the league, behind the Baltimore Ravens. The game plan for this year will be the same. They will primarily be a run-oriented team. Besides that, the first option through the air will be George Kittle. The main formation will be with two RBs in the field, and Kyle Juszczyk will be the only fullback who is still a starter in the NFL. Brandon Aiyuk will be WR no. 2 next to Deebo Samuel, and he will have about 500 caught yards by projections.

Milos Ljubic is a freelance writer for Dynasty Owner