Assessing Undervalued Players for the 2020 Season 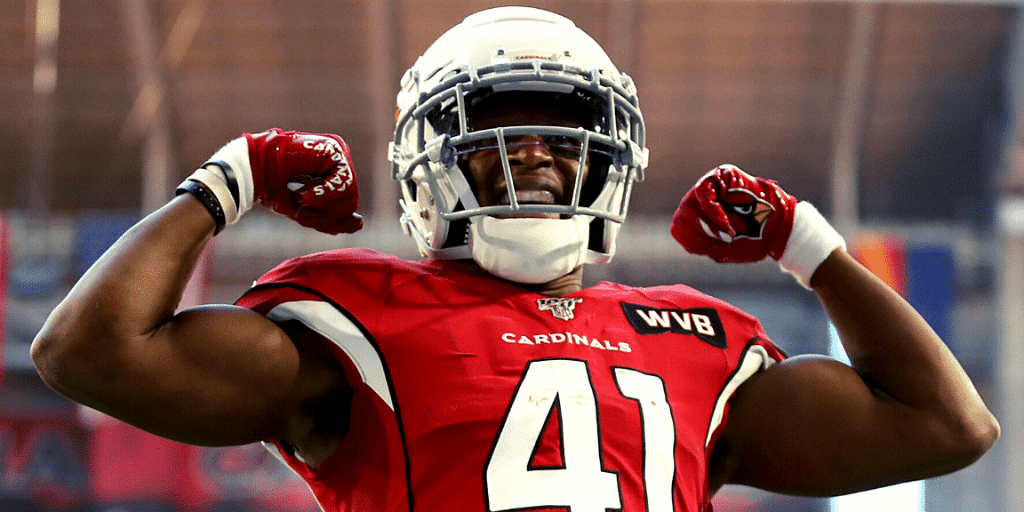 Assessing Undervalued Players for the 2020 Season

Now that the dust has settled after a truly unique draft experience, rookie contracts are beginning to take shape and we now have the initial set of data for projections. Evaluation is a crucial part of fantasy projection and since we will be cheated out of mini-camps (thanks COVID-19), we have to use what information is available to us.

Taking a look at both rookies and “veterans” value predictions for the upcoming season, there are a few points to consider. We now have a player’s college and for some, early NFL production. We have testing scores from the NFL Combine and of course, the “YouTube pro days” for many of the draft prospects. There is a player’s draft position to consider, which is widely overlooked in evaluation. I also think it’s important to see the organization’s take on the players they drafted or recently signed. The initial draft reaction, the coaches’ and GM’s press conferences are fantastic points of intelligence gathering to determine how a player may be utilized and how they envision their role in the organization.

In this article we are focusing on drafting from the vantage point of Value Based Drafting (VBD). In dynasty leagues, we want value at draft cost. In Dynasty Owner we really want value at salary cost as well. Ultimately, we need to make a clear distinction between value and opportunity.

Value can be defined as – “the regard that something is held to deserve; the importance, worth, or usefulness of something”. Whereas, Opportunity is – “a set of circumstances that makes it possible to do something”. We know that opportunity trumps talent in the NFL. How many times have we seen replacement level players come through when the guy in front of them on the depth chart goes down? The newly available touches and/or targets creates an opportunity for the new starter.

Value is where cost and opportunity meet. We want to look at a player’s salary while assessing the opportunity for touches. For example; David Johnson went from a crowded backfield in Arizona to a great opportunity in Houston. Houston has a league leading 254 unaccounted for carries since the RB position was vacated by Carlos Hyde. David Johnson’s ridiculous $39,000,000 contract was sent to Houston soaking up 7.34% of the team’s cap. While Carlos Hyde’s 2019 $2,800,000 contract went from the Chiefs to the Texans. Carlos Hyde was an example of Value where David Johnston provides opportunity.

Keeping in mind; Value = Opportunity + Cost, we will take a look at some undervalued players that may provide good return for you in 2020 and beyond.

As Dynasty Fantasy Football players, we have been waiting for this draft class. It absolutely oozes with talent and there is value to be had if you look for it.

Cam Akers – At just 20 years old with a projected total contract value of $6,173,042; this second round pick is set up to contribute in a big way. The L.A. Rams have the second most vacated carries with the Todd Gurley departure and they may be less of a committee than we would think. With the insane contract of Gurley still eating up $17.25 million of the league leading $21.3 million of RB positional spending, Malcolm Brown and Darrel Henderson make up for $2,097,080 combined. With Akers yet to sign, he clearly carries the most draft equity and projected cap of the three Rams. DraftKings Sportsbook has the Florida State product at +2000 to win Rookie of the Year and with the opportunity given, that might be a good bet.

Devin Asiasi – The Patriots traded the 100th, 139th and 172 pick to go up and snare Asiasi with the 92nd pick this year. The Patriots appeared to value the TE position in the draft by also selecting Dalton Keene just 9 picks later. Keene offers more in the terms of athleticism, Asiasi profiles to be the more productive of the two. There are 124 vacated targets from 2019 to be had and an emphasis on Tight End production is evident with the 2020 draft capital. With a salary of $4,582,820, Asiasi could provide early career return in this new look offense.

Bryan Edwards – Edwards just might lead the Raiders wide receiver group in targets this season. The former Gamecock was a four year starter and brings a much needed workman-like quality with ideal size (6”2” 212 lbs) to this offense. He offers fantastic potential fantasy value as a sure-handed receiver in Gruden’s offense at the estimated total contract price of just $4,692,460. The eternally injured Tyrell Williams has a total contract value of $11,100,000 (by far more than all of the other WR’s combined) and is reportedly not a lock to make the final roster. Edwards has a real chance at 2020 production if he can stave off the uninspiring Zay Jones.

Jamison Crowder – At a $10,000,000 salary Crowder is sure to command the team lead in targets for the Jets. Compare him to other #1 WR’s in the league and he is a PPR bargain. He’s not flashy, but he’ll get the job done. Still just 27 years old; his targets, receptions, yards, and TD’s led the team last year and should repeat in 2020. Yes, they drafted the athletic Denzel Mims and signed Breshad Perriman but Crowder has Darnold’s trust and is sure to return value as a WR2-3.

Jace Sternberger – He is trending to be everyone’s offseason TE darling for good reason. This is another perfect storm where opportunity meets cost. Aaron Rodgers had a tough going trying to find consistency outside of Davante Adams and his WR2-by-committee wasn’t exactly a success. The zombie formerly known as Jimmy Graham is gone and not much is standing in Sternberger’s way of TE targets. At $956,632 salary, Sternberger is a great TE2 with low end TE1 upside.

Jordan Howard – This is not a sexy choice but Howard is vastly undervalued. In fact, Fantasy Pros has him so undervalued that he comes in at #RB48 in their dynasty rankings. At a conservative $4,750,000 cap hit, he is sure to be a valuable depth piece for your dynasty team. The addition of Matt Brieda to this run-first team shouldn’t scare you away from Howard’s projected volume. 225-250 touches is well within the realm of possibility for the 25 year old power back.

Kenyan Drake – Drake is not under the radar but he is surely undervalued. At 26 years old he is in a unique position to offer short term value without the hefty contract commitment. Arizona signed Drake to a one year, $8.483 million contract in March and he has a clear path to elite volume. He is the absolute poster child for “undervalued”. Take a look at his 2019 stats:

Add in 50 receptions for 345 yards and you have the makings of an RB1 at a bargain price.

While many dynasty owners are focusing on the shiny new rookies this time of year, there is fantastic profit to be found in those that are overlooked or forgotten. Fantasy football is a finicky game that accentuates recent achievements but remains short-sighted and unforgiving for some players. Be different from the masses and take a look at data such as vacated targets/carries that lead to opportunity while weighing salary expenditure.

Chris Wolf is a freelance writer for Dynasty Owner