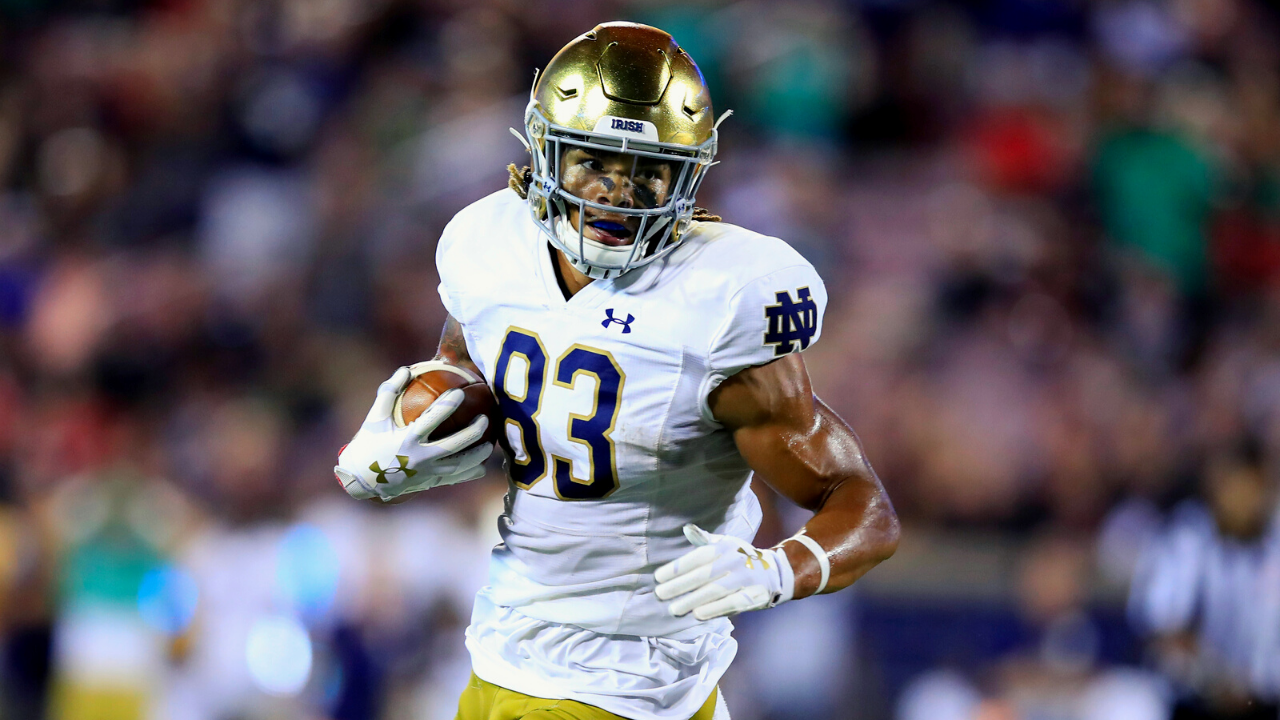 As mentioned in the title, this will be an article about wide receivers selected on day two of this year’s draft.

The very first WR selected on day two was Tee Higgins by the Cincinnati Bengals. The Bengals were the worst team last season by the record. They were a little better by statistics, but that is minor. In this season they will enter with new QB Joe Burrow. RBs, WRs, and TEs will be the same as the previous year. The biggest difference is A.J. Green, who is franchise tagged, and everyone in the organization expects he will remain healthy throughout the season. He missed a season and a half due to injury. Green and Tyler Boyd will be starting duo of WR’s for the Bengals. The last season Boyd had over 1,000 yards caught. Higgins is expected to be 3rd WR on the Bengals depth chart, but he will have strong competitors. Auden Tate, Alex Erickson, and John Ross, all of them having over 500 caught yards last season, and they will try to repeat that success. That won’t be an easy job for a rookie probably. His salary for the next four years will be $2,171,696 per year.

Michael Pittman Jr. was the second player selected on day two of the draft. He was picked up by the Indianapolis Colts. The Colts were an average team last season with a great offensive line. They selected an RB in the second round, so they further improve their RBs’ depth. The worst part of the team was attacking through the air. The Colts signed Philip Rivers to be QB for the next year. The Colts will have over 20 interceptions next year, probably, but they will also have near 4,000 passing yards. How will those yards be distributed? The undrafted Zach Pascal was the most productive Colts’ WR last season. T.Y. Hilton will be WR no.1. There are some concerns about Hilton however. He has eight seasons behind him, and he was having problems with injuries this past season. Parris Campbell, second-rounder from the previous draft, was having problems with injuries almost the whole season. He played less than 20% of the Colts snaps. If everything goes regularly, Pittman is expected to be WR no.2 and to catch over 600 yards. His annual salary will be $2,153,212.

The Jacksonville Jaguars were the third team that selected WR on day two of the draft. From the 42nd position, the Jaguars selected Laviska Shenault. By all projections, Jacksonville will be the worst team in NFL this season. The Jaguars weren’t bad last year. In fact, they were average on offense and below average on defense, but now they are in rebuilding mode. They will have a similar attack, but their defense will be worse than last year, sure. What we can expect from Shenault? The Jaguars traded Nick Foles to the Bears, but there are a lot of doubts in Gardner Minshew as a capable QB who will run one team. The four best WRs will be back, and as I already said, they are solid. Laviska Shenault will be 3rd WR probably, in a team that was projected for tanking. His annual salary will be $1,924,017 for the next four years.

K.J. Hamler was selected from the 46th position by the Denver Broncos. I wrote in a previous article about the Broncos. Hamler will be the third WR in a run-first team, and unlike Shenault, he can’t move nither up nither down on a depth chart. His salary will be $1,784,282 per year.

The Pittsburgh Steelers from the 49th position selected Chase Claypool. The Steelers were one of the best defenses last year, but post-Le’Veon Bell-Antonio Brown Steelers aren’t even close to what they should be on offense. In fact, they were awful last year. The only good part of the offense was O-line. We don’t know what to expect from Big Ben as he missed almost the whole season last year. Their receiving corps isn’t so bad, but it isn’t great either. They have three solid young WRs on the depth chart and all of them are still on rookie deals. That is the main reason why receiving corps were 31st last season and is projected to have two WRs among first 16, and third as a 38th WR on fantasy draft. What can we expect from Chase Claypool? With his big body, he brings strength to the Steelers. Three mentioned WRs are all below 220 pounds. And only JuJu is barely over 6 feet high. If we compare Claypool with the 2014 draft class, we can say that he is very similar to Kelvin Benjamin. He is projected to be the 4th WR on the depth chart, but in these circumstances, he can easily be the best Steelers’ WR next season. His annual salary will be $1,654,156.

Los Angeles Rams selected Van Jefferson from the 57th position. What can we expect from the Rams this season? They had been built in the win-now mode in the previous two seasons. They lost in the Super Bowl a year ago, and they missed playoffs last season, as the 7th team in the conference. Their division is getting stronger now. We can say that they are in some light variant of a rebuild. In this team, Jefferson is projected to be 4th WR on the depth chart, and no-one expects from him, to make big numbers in a season in front of us. His annual salary will be $1,402,784.

Denzel Mims was the last WR selected in the second round of the draft. The New York Jets picked up Mims from the 59th position. The Jets had above-average defense last season, but their offense was in dead-last. From last season’s WR corps, they only kept Jamison Crowder and he is expected to be their best WR. Crowder will take the most number of snaps, from the slot. The outside WRs will be Mims and newcomer Breshad Perriman. Perriman is a former first-rounder, who is on his way to avoid the bust tag. What we can expect from the Jets and Mims? The good thing is that the AFC East will be soft, but the Jets are projected to be the worst team in the division, again. Those facts are actually not so bad for one rookie WR. The Jets invested the first-round pick in a left tackle, and Sam Darnold is probably the best passing QB in the division, as weird as it may sound. They also expect Le’Veon Bell to play a much better this season than last season. They don’t have some reliable TEs on the roster, and that means more targets for Mims. He will play the next four seasons for $1,358,425 per year.

Two wide receivers were selected in the third round of the draft. Bryan Edwards was picked up from the 81st position. We already discussed the situation in the Raiders. Expectations are low for Edwards to be a big impact in his rookie season. His salary will be $1,065,358 per year.

The last WR selected on day three of the draft was Devin Duvernay. The Baltimore Ravens picked up him from the 92nd position. The Ravens are run-first team, with great defense, and they further improved in both of those segments. Besides that, they have a very good TEs group. Duvernay is projected to be the 4th WR on the depth chart with an annual salary will be $1,064,084.

Milos Ljubic is a freelance writer for Dynasty Owner