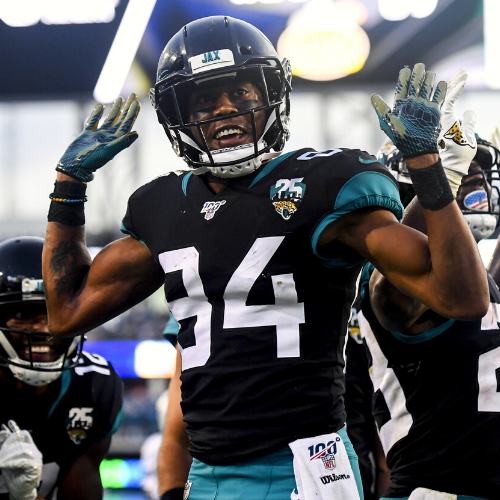 In Fantasy Football there always seems to be players available on waivers every week regardless of how deep your league is. The free-agent auction here on dynasty owner operates a little different than most leagues, with the best comparison I can think of being A free agent auction budget. In Dynasty Owner you will place a bid of no less than 1,000,000 Dynasty Dollars on whichever player you desire that is not on a roster. The free-agent Auction processes bids on Wednesday, Thursday, Saturday, and Sunday at 5 am EST. There is no limit to how much dynasty owner currency you can acquire throughout the year as it comes down to how much you feel comfortable spending.

You can acquire dynasty dollars by winning them (The highest scorer of each league wins $2MM each week), trading for them, winning them against your opponent if you make a side bet in the sportsbook, or you can buy them where every $1 USD will get you $1,000,000 in dynasty dollars. Hopefully, this gives you a decent understanding of how the system works here on Dynasty Owner. If you need help with anything feel free to reach out via email (commish@dynastyowner.com).

At number one in my free-agent rankings this week I had an extremely tough time deciding who to put on top as three players stood out as season-long options with all seemingly having decent floors going forward. I ended up going with Keelan Cole in my first spot simply because he has played well through two weeks and looks to have the number 2 role locked up in Jacksonville. Cole is on a roster in just 13.4% of all Dynasty Owner leagues with a contract of 1 year $3,259,000, making him an appealing grab.

Minshew has seemed to lean on Cole this year as his number one guy with 11 catches 105 yards and 2 touchdowns over the first two weeks of the season. The Jaguars have a really bad defense and it seems they will throw the ball a ton this year. If you’re in a bad spot at receiver and need instant production…try to snag up Cole, he has a solid range of outcomes one being the Jags lead wide receiver. He has led the Jaguars in targets and touchdowns up to this point.

I am going to sneak in two tight-ends here as I have the two dead even going forward this season. I will start with Dalton Schultz owned in 36.1% of leagues with 2 years at $728,000 left on his current deal. This kid at 24 years old was handed the lead tight end role in Dallas on a moment’s notice and looked excellent while doing it. His first full game as a starter he totaled 9 catches for 88 yards, and he found the end-zone. If Schultz can put up points in the ballpark of these numbers weekly, he will be a great play going forward, it also helps that he is in a high-powered offense. My next player is another young tight end in Drew Sample.

Sample has 3 years left on his deal at $1,376,574 and is only owned in 15.5% of leagues. Sample didn’t quite put the yardage total up that we would like to see but the targets were there he finished with 7 catches for 45 yards and had a whopping 9 targets. Give him a little time to get into the game plan and the yards will come in an offense that just threw the ball 61 times Thursday.

Mike Davis slots in at 3 owned in just 24% of leagues he has a 1-year contract valued at $3,000,000. I would have put Davis higher, but he is likely only going to be an option for a few weeks going forward. Davis plays backup to McCaffrey in Carolina who went down with a high ankle sprain this Sunday and will likely miss 3-5 weeks according to what reports I have seen. Davis seems to be a solid option over the next few as the Panthers 3 down back totaling 8 catches for 74 yards out of the backfield that had McCaffrey most of the game. If your hurting at running back this week Davis is by far the most appealing option moving forward but beware you may need to pony up to get him with the big-time injuries, we have seen thus far.

Isaiah Ford is owned in 30% of leagues and has a contract of 1 year $750,000. Ford will slot in at number 4 after a nice week against a really tough match-up in the Buffalo Bills. The Bills have one of if not the best cornerback groups in the NFL with Tre’Davious White leading the way. Ford was able to rack up 7 catches for 76 yards on 9 targets against the White led defense.

There was a ton of hype surrounding Ford’s teammate Preston Williams throughout the offseason, but let’s not forget he is a player that went undrafted and has only played 11 games in his career. The role we all thought Williams would have this season seems to be opening more by the week with the poor play of Williams through two weeks of this young season. Isaiah Ford stepped up big time for the dolphins Sunday and may be able to step up big for your Dynasty Owner teams throughout the season.

I have a feeling the next position in my rankings will be a rarity that we may only see another time or two this season. A cheap starting quarterback on waivers is unheard of in Dynasty Owner, so be sure to act fast as he won’t be available long. Jeff Driskel is owned in 3.1% of leagues and has a contract with 2 years left at $2,500,000. Driskel played well Sunday in relief of Lock completing 18 of 24 passes for 256 yards 2 scores and a pick. Driskel almost led the Broncos to a comeback win on Sunday against a top 3 defense and looked impressive doing it. He seems as if he will be a viable fantasy starter when the Broncos have favorable matchups while Lock is out dealing with an injury.

As you can see there is still solid potential left on waivers here at Dynasty Owner. If you happen to be one of the owners facing big-time players to significant injury this is the time to spend your precious dynasty dollars and hope that these gems will hit providing your team with a little bit of comfort in the coming weeks. I also have one honorable mention that I did not have in my top 5 and would like to mention. Wayne Gallman RB, Giants is owned in 44% of leagues with a contract of $704,912 and 1 year remaining. I like Gallman over Dion Lewis but there happen to be quite a few rumors the Giants could sign a big-name free agent running back in the coming days keeping Gallman out of the top 5 this week. As always good luck on your chase for the ring!