The Top Trade Targets for All Teams 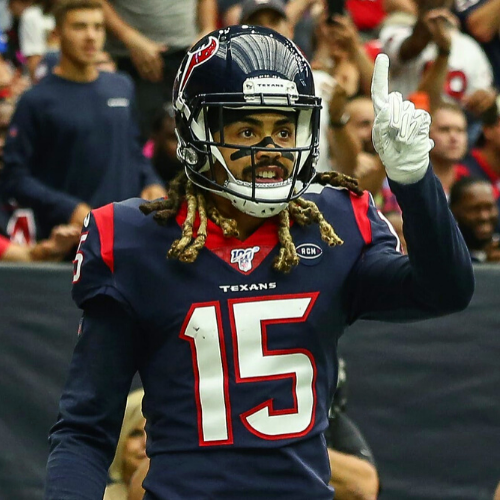 The Top Trade Targets for All Teams

With the 2020 Dynasty Owner season coming to a close, now is the time to start looking for pieces that will put your team over the top, whether that be for this season, or future seasons. Trades can completely make or break any team involved, but there are some trades that can have minimal impact on either roster, basically becoming a wash. The art of trading is very risky business in the fantasy world, just imagine feeling great about your team making a trade, and the next week the player you just traded for gets hurt and is out for the season, leaving your team in shambles with you not only losing your new star, but what you traded to get him as well.

When trading for players of high value you will have to pay a premium to acquire that player, which often will create a hole on your team, but can improve it at the same time. Trading is by far the most important element of building your team, outside of the rookie drafts each season, and free agent targets. If you are a contender facing an injury at this point in the year trading is the only option to truly replace, or replicate the production you lost, while free agents can make up some of the missed production, 9 times out of 10 that player will only produce about half of what the original player would have leaving a huge hole to fill each week.

Another one of the beauties of trading is that no matter your teams record there is always a trade out there that will make sense. Teams that aren’t contending should be every bit as busy as the contending teams trying to unload expensive veteran contracts for young players, and draft capital.

This article will be breaking down what I feel are the top trade targets no matter your team’s record. Each category will be broken down by position and will contain anywhere from 2-5 players each position. I will break the trade targets up into 3 separate categories of teams, being teams competing in The Chase for the Ring, teams who are in the playoffs pushing for a championship, and teams that are looking at a rebuild.

Always remember when trading, to factor in salary, as well as the other owner’s team needs before trying to execute a trade. My personal preference with trading is to message the owner you would like to trade with and start a conversation the more you talk the easier trading becomes with that owner. Owners often have extremely different opinions on certain players, so learn what the other owner prefers before sending a deal the other hates, and you lose a future trading partner.

Chase for the Ring Trade Targets

(Note- these will be the same targets for playoff contenders)

Playoffs A Lock and Pushing for A Championship

Let’s Face It You Need to Rebuild

These targets should give you some ideas on what types of players you should be looking at to improve your team. If some of these players happen to be unavailable by trade, then you at least have a starting point on what type of player to look for. Let’s say you are a chase contender going after McLaurin, but the owner refuses to trade him then you pivot and look at players near his salary with similar production.

I hope to see the Dynasty Owner trade feed on Twitter blow up after this article, and before the transaction freeze in week 13. Always remember to try and make your trades appealing, and beneficial for both parties involved, if you do that you will always have other owners ready to trade with you. One other quick thing I want to cover for rebuilding teams, do not forget if you win the losers bracket tournament in your league you will get the 13th pick in your next rookie draft. Make the trades while you can, and as always good luck on your Chase for the Ring!