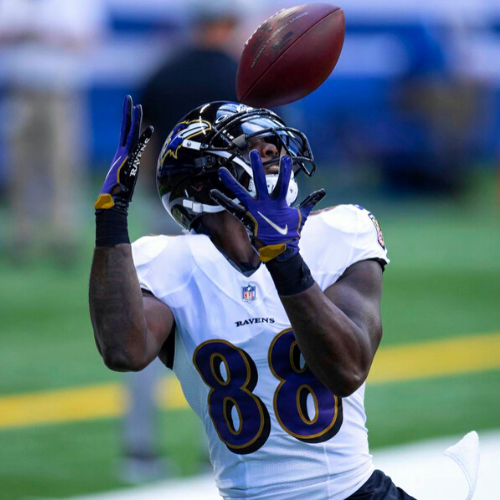 I am sure Steve, The Jerk, Tim, and myself sound like broken records to everyone at this point when talking about how important bench scoring is in Dynasty Owner, but my game this week was decided solely by bench scoring. In my game I was up by 5 points heading into Monday night, with him having Fournette, as well as Woods yet to play, but both were on his bench for the contest. Sometime around the halfway point in the 4th quarter I checked the score to find team Anchorman Dynasty now ahead of me by 2 points.

Woods and Fournette put up a combined 35 points (at that point in the game) giving him an additional 7 points towards his weekly score, as well as the victory. I bring this example up because I want to continue to stress the importance of bench scoring in this format and give an actual contest where bench scoring was the true difference.

Another quick reminder for owners of the format, waivers, and trading will lock at the end of week 13, remaining closed throughout the playoffs so make your final moves before it is too late. We have seen the yearlong trend of major injuries to star players continue this week, with rookie Joe Burrow out for the season with a torn ACL. We have also continued to see an uptick in players missing time due to COVID with notable players Mark Ingram, and JK Dobbins now added to the COVID IR list.

Thankfully we have made it 11 weeks through the NFL season, and seem on pace to actually crown a champion, despite the pandemic. I just want to say Bravo to the NFL for the job they have done and continue to do.

The free-agent Auction processes bids on Wednesday, Thursday, Saturday, and Sunday at 5 am EST. There is no limit to how much dynasty owner currency you can acquire throughout the year as it comes down to how much you feel comfortable spending.

With probably the saddest injury of the year happening on Sunday it opens up a spot at quarterback for fantasy owners, especially in deeper formats like Dynasty Owner. As I mentioned in my mid-season award’s article, the stat of Burrow being sacked on 52% of his drop backs, which has finally caught up to him. Burrow has been beaten and battered all season long, and yet has been able to consistently perform. If I am a Bengals fan, I am not happy about the injury by any means, but it’s also a sigh of relief that the offensive line now has time to improve before ruining Burrow’s promising career. Ryan Finley is the lucky candidate that gets to step into the starting lineup, and with that happening two things are a certain, Finley will get blitzed a ton, and he will be running for his life behind one of the worst offensive lines we have seen in recent memory. As you can see, I am not all that high on Finley, especially after his 2019 showing, and the 3 of 10 passing day he had against The Football Team Sunday after Burrow went down.

The reasoning behind Finley being in the top spot this week is because he is starting at quarterback and will be throwing the ball a lot. Many owners have been scrambling at the quarterback position this season with signal callers like Dak, Kyle Allen, Jimmy Garoppolo, Joe Burrow, Drew Brees, Sam Darnold, Dwayne Haskins, and Teddy Bridgewater all missing at least one game this season. Finley has been a below average quarterback every time he has stepped on the field, but this is also the most talent he has had around him thus far in his career. The Bengals have shown an extreme willingness to throw the ball this season, which will give Finley a little bit of upside the rest of the way. With all of that being said I wouldn’t recommend Finley as anything more than a bench play moving forward, even in good match ups.

Kansas City Chiefs wide receiver Demarcus Robinson slots in at number 2 this week on the Free Agent Auction Big Board. Robinson has continued to see consistent targets in this high-powered Chiefs offense. In week 11 Robinson had a very solid game with 6 catches for 44 yards on 8 targets, which would make for solid production in any Owner’s bench slot. In the past 3 weeks Robinson has put together a very good stretch of games with 13 catches for 141 yards, and 2 touchdowns. Fellow teammate Sammy Watkins is constantly on the injury report making Robinson a safe, cheap buy, who also has potential in years to come. Hardman was back and active for this past contest, and even his return didn’t seem to slow Robinson down much.

The Chiefs have yet to throw a whole lot to the running back position, and don’t seem all that interested in doing so, which opens up plenty of targets after Kelce, and Hill get theirs, of course. If or when Watkins comes back it will put a damper on Robinson’s production, but until then grab the available piece in the NFL’s best offense, especially if you need it. A player who sees targets in offenses like Kansas City almost always has great fantasy value at some point regardless of where in the pecking order they seem to be.

About half of the Texans active wide receiver’s left Sunday’s game against the Patriots pretty banged up. Randall Cobb is more than likely going to miss extended time with a serious toe injury, and Kenny Stills left Sunday’s game with an apparent leg injury. Cobb is rumored to be going on IR because of his injury, and I haven’t seen anything on the extent of the Stills injury, but if he’s set to miss even a week it makes Coutee a very interesting play in the surging Texans offense.

Watson has been nothing short of brilliant over the past month, except for the tornado he had to face in Cleveland…. The Brownies need a dome! Coutee has been one of the biggest fantasy darlings of recent memory with almost everyone being a “Coutee Truther” at some point in time over the past two years. There is no denying the talent is there for Coutee, but injuries have hampered his short career up to this point.

All of that finally changed on Sunday when Deshaun Watson found a healthy Coutee in the end zone against a Bill Belichick defense. Coutee only had 2 catches for 10 yards and a touchdown in the game, but it was a great step in the right direction for a young talented player. It was also great timing for Coutee with his positional teammates being so beat up in that game. Once again Coutee is fantasy relevant!

I can’t even explain how awesome it is to be able to put Dez Bryant into an article of any kind in 2020. I can’t imagine there are many of us out there who thought Dez could come back and be a quality football player after not playing as long as he has been out for, and on top of all that he’s doing it at age 32. Up to this point the Bryant signing has seemed like a publicity stunt, but Sunday Bryant was on the field, and honestly didn’t look all that bad. The Ravens seemed determined to get Dez the ball throughout the game hitting him on short screens on 3 different occasions. Bryant showed great hands in his return, and also displayed that he still has some athleticism left in the tank.

The very first pass Dez had thrown his way was a bit off of the mark, and Dez did what he always does, adjusted in the air, and was able to get his hands on the ball. He was somewhat quiet statistically speaking, but the fact he was almost force feed throughout the game has to be a great sign in the coming weeks. While Dez is 32 and being out of the league multiple years he is a pretty risky pickup, but one pickup I think every single contender should make, as long as they have a roster spot. I see Dez being the highest upside player we will see on this list for the rest of this season, but he also has an extremely low floor.

The merry go round of Browns receivers continue with Beckham being out for the season. No matter which receiver ends up emerging in this offense they will be somewhat limited in terms of fantasy production, until Baker plays better. As we all know most good fantasy production from the wide receiver position comes from receivers who have above average quarterbacks, and unfortunately for Hodge the Browns do not have an above average quarterback. Hodge does have some competition for targets with Higgins, Hooper, and Landry all competing. Landry, who was supposed to step into the alpha role after the injury to OBJ has failed to do so, and just hasn’t looked like himself all season long.

If Landry’s struggles continue Cleveland will have no choice but to count on players like Higgins, or Hodge to produce week in, and week out. Hodge is a raw talent, but has the measurables to play on the outside, as well as succeed at this level standing at 6 feet 2 inches tall, weighing 205 lbs., and running a sub 4.4 40 time. Hodge is nothing but a gamble and/or stash right now, but he has the potential to be a big play guy as we witnessed Sunday when he posted 3 catches for 73 yards, including a long of 42 yards. Hodge is more than worth a stash on either rebuilding or contending teams.

One of the reasons I love fantasy football so much is the randomness of the entire game. I have seen teams in redraft leagues make the playoffs all because of their waiver acquisitions, and not because of anyone they drafted. I started out the Dynasty Owner season horribly because of injuries, and bad quarterback play so I decided to look towards next season, and boy has that been interesting. I pretty much traded anyone over the age of 25 with value, for high upside rookies, and draft capital, yet this is the 1st week I have lost since making those trades and trying to lose. I am literally a team trying to tank, and I’m not even doing that correctly going 3-1 since making my big trades.

What I’m getting at with all this is don’t be scared to take chances on players like Dez Bryant, or Ryan Finley because this is the NFL we are talking about, and crazy things happen every single Sunday, which is what makes football so much fun! I hope everyone was victorious this week and enjoys the article. As always good luck on your Chase for the Ring!