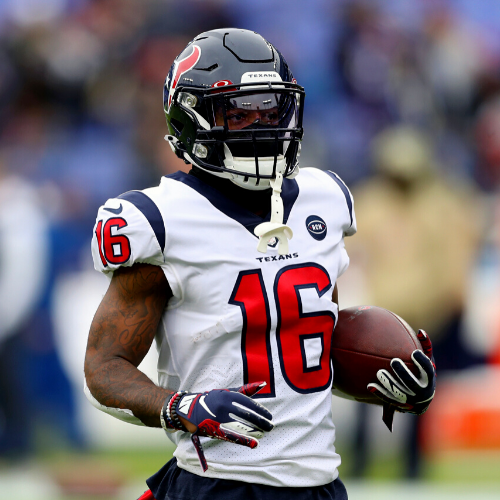 This is it ladies and gentlemen, the time has come for you to add your final free agent additions. While the cream of the free agent crop has certainly come and gone there are a few worthwhile additions left. With rosters set to be locked at the end of this football week I would recommend filling any available roster slots you have open with players like D’Onta Foreman, who are widely available and have the potential to step into a huge role if the workhorse in front of them goes down with COVID, or an injury.

As we have seen the past few weeks in the NFL, no one is safe from COVID, aside from Big Ben Roethlisberger who is said to take extreme precaution over the virus. High end backup quarterbacks should also be high on your target list this week, as we have seen with the Ravens, backups can hold major potential in 2020. These are obviously risky pickups because we have zero idea on who will miss time due to COVID. The one thing with all this that is a sure-fire thing, more big-name players will miss time throughout the fantasy playoffs.

We all knew coming into 2020 that the fantasy owners who adjusted well on the fly, had solid depth, and a little bit of luck would do well in any format, and it has more than come true. If you had the unpleasant time of watching the Saints vs Broncos game on Sunday you were given a front row seat at how quickly this virus can disrupt any team, real life or fantasy. Another final reminder that trading will also freeze at the end of this week, alongside free agent additions. Keep in mind you may still make trades during this period, but none will become official until the fantasy season comes to a close.

The Free Agent Auction processes bids this week on Thursday, Friday, Saturday, and Sunday at 5 am EST. There is no limit to how much Dynasty Owner currency you can acquire throughout the year as it comes down to how much you feel comfortable spending.

If you missed out on Coutee in last week’s article you will have a second chance, but this one may get expensive! Over the past 5-6 weeks Watson has been on an absolute tear, and Coutee just vaulted from the 5th spot on the depth chart to the 2nd spot in just 2 weeks.

Will Fuller has been suspended for PED use for 6 weeks, and fellow/former teammates Cobb (IR) and Stills (cut), are gone which opens a massive hole in Houston’s offense, that Coutee is in line to fill. As I mentioned last week Coutee is a very talented kid who will finally get a true shot to start in the NFL. If you have the roster spot and Coutee is available in your league he is a must grab with the way his quarterback is playing, not to mention the Texans have zero run game. At worst Hopefully Coutee is someone you can put on your bench and forget about.

Hey Brandon Allen sounds much better than Ryan Finley doesn’t it? Finley was a player I honestly cringed having to write about because of how bad he has looked, but at the end of the day he was a cheap potential starting quarterback which is tough to find. Allen was nowhere near great, but he was only on the Bengals practice squad and more than likely had zero time to work with any players of importance before last week. I see Allen as a bottom third of the league quarterback the rest of the way, which means he should be rostered in almost all leagues this week. If you had Burrow and can’t find a trade partner for a solid option I would go with Allen, unless you can make the cap work for a more expensive option.

If you’re able to find a better rest of season option pull the trigger immediately, if not Allen is the one to settle on. The Bengals have one of the better casts of play makers in the NFL giving Allen some possible upside the rest of the way, along with the lack of run game we have seen out of the Bengal’s thus far.

Another quarterback injury happened this past week with Daniel Jones being the latest to get hurt. The initial reports say Jones will miss time opening the way for Colt McCoy to be NFL relevant once again. McCoy has been nothing but average his entire career and I’m sure we will see more of the same this week on a bad Giants football team, though they are on a three-game winning streak and playing better football.

The Giants have a favorable schedule coming up with McCoy starting, the Seahawks slated for this week, followed by Arizona the following week. If McCoy can put up game manager numbers over the next two weeks, or more depending on Jones’s health he will make an excellent bench play for any team needing a quarterback as something is always better than nothing. If you are looking for a starter, I would look for Allen first and leave McCoy as a consolation prize if you miss out.

Johnson had his possible breakout performance on Sunday against the Cleveland Browns. He finished his day with a whooping 8 targets catching 4 of them for 96 yards and a touchdown. While Johnson’s performance can be chalked up to him being Glennon’s favorite target he is a rookie who is worth stashing. The Jaguars are currently sitting at a 1-10 record so it would be a wise bet to think they will lean towards evaluating all the young talent possible before the end of this season.

If Jacksonville for some reason sticks with Glennon moving forward it would make Johnson a much more intriguing option, but from everything I have read Minshew mania will be back in Jacksonville this coming weekend sending Glennon back to his rightful throne… the bench. if Johnson is available in your league, he’s worth a roster spot no matter who is under center for the Jags. In dynasty any rookie producing on the field in limited work is a player with breakout potential in the following seasons, plus his extremely cheap 4-year salary is a very nice bonus for anyone wanting to pick up Johnson.

Has there been a more consistent fantasy turd this season than David Moore? Moore is an extremely gross and boring pickup, but he has managed to score decent fantasy points this season for a bench play. It seems to this point he has had a touchdown just about every other game, as well as sprinkling in some solid yardage games to boot. On Monday night Moore put up a Tyreek Hill like performance (joking) with 3 catches for -6 yards and a score earning 8.5 fantasy points. Wilson seems to really trust David Moore in the red zone which is the main reason he is somewhat fantasy relevant this season but be aware he is nothing more than a borderline bench receiver and still having weeks where he may disappoint you.

While you may read this and think I hate Moore I don’t as he is my top widely available player to target at the position for COVID purposes. If Lockett or Metcalf were to miss time due to COVID or injury Moore would instantly become a potential top 30 fantasy wide receiver with the rapport he has built with Wilson.

With this being my last free agent article of 2020, I would like to take a quick second of your time to just say thank you! You guys, and gals here on Dynasty Owner are phenomenal people and I consider myself lucky to be able to help all of you with your fantasy needs. I am so thankful to be able to write weekly articles for all of you and I hope they have helped you in many ways, especially with winning some of your matchups.

I got into football at a young age and I instantly fell in love with the game, but a few years later was when I meet my true football love, fantasy football. Over the years I started joining more and more leagues becoming what most call a “fantasy junkie” within the first few weeks of my first season, if not the offseason. Since that moment I have had three dream jobs I wanted to do in my life, the first being a football broadcaster, the second a football coach/scout, and last but not least I wanted to work with fantasy football in some form and it honestly didn’t matter what.

I have now passed that down to my 9-year-old son Bentley who is in his first dynasty league this season and doing very well with players like Antonio Gibson and James Robinson on his roster. Thankfully after 20 years of fantasy football I can say I have one of my dream jobs writing for Dynasty Owner about fantasy football, and none of it would be possible if it weren’t for all of you, and of course the Dynasty Owner crew. Thank you again!!!