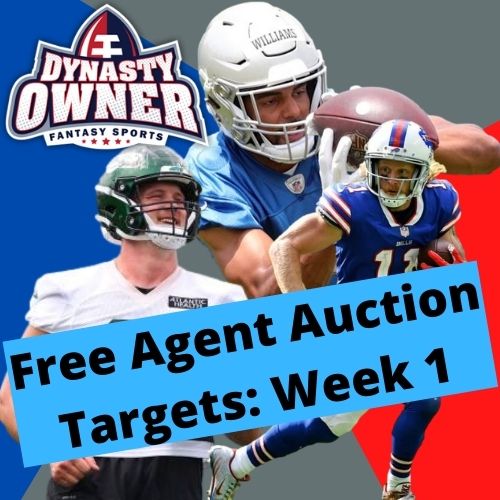 I am still in shock folks, but we have finally made it, we have football on the boob tube in just two nights! The NFL opens with Thursday Night Football, and it is sure to be a high scoring blowout between the Dallas Cowboys and the Tampa Bay Buccaneers. Whatever the line is on Thursday’s opener take Tampa Bay. While I respect the Cowboys’ high flying offense, I cannot say the same about their horrid defensive unit that finished in the bottom third of the league in 2020. The Cowboys were not terrible when trying to stop the pass last season ranking in the middle of the pack in passing yards allowed. While all that sounds fine and dandy, their defense averaged less than two sacks a game last season and we all know what happens when you give Tom Brady a clean pocket and time to throw the ball.

A few other games I am extremely excited about during opening weekend are the Cardinals vs. Titans, Browns vs. Chiefs, and the Steelers vs. Bills. The Cardinals vs. Titans matchup has plenty of headlines to be excited for, but the two I am most excited about are the acquisition of Julio Jones in Tennessee and seeing how improved Kyler Murray looks to start his third NFL season for the Arizona Cardinals. I am excited for the Browns vs. Chiefs because I live in Browns country, and I can’t wait to watch Patrick Mahomes and the Kansas City Chiefs steamroll the Cleveland defense. That way the Browns fans around here can tone it down a notch…. just kidding. In all honesty, I am hoping it is a close game and the Browns prove to be real contenders as I would love to see some of my friends and family members get to celebrate a Super Bowl victory for their beloved Brownies. Finally, we have the Steelers vs. Bills, and as a Steelers fan I am not happy about starting the season out like this one bit. The Steelers finished the season off in a bad way last year and the Buffalo Bills are not the team to try and right any of your wrongs against. The Bills come into the season boasting one of the most polarizing offenses in the NFL and that is largely in part due to the massive step forward Josh Allen took last season, oh and having Stefon Diggs never hurts. The Steelers-Bills game is a classic matchup of a team who faded horribly down the stretch with an aging quarterback and a team that is starting to look unstoppable with a young up and coming superstar at QB, not a good combination as a Steelers fan to start the year.

Alright Dynasty Owners, we are back with another year of trying to find a diamond in the rough with the Free Agent Auction targets. The free agent articles/videos will be dropping every Tuesday afternoon in advance of when bids process on Wednesday at 5 AM and will consist of the week’s Top 5 free agent adds. I will do my best to keep the players listed at an ownership percentage of 65% or less and make sure all players have contracts of $8,000,000 or less, with most players coming in at under $4,000,000. One last note, in Dynasty Owner you will be credited each week with 25% of your entire Bench’s score making these weekly free agent pick-ups extremely important to help boost your total weekly score.

On to the top targets for Week 1:

The free agent market has some legitimate starting players left available. If you are looking for bye week production or depth on your roster you have come to the right spot. Tyrell Williams slots in as my Number 1 free agent target of the 2021 Dynasty Owner season. Williams is not a pretty player or anyone you will go brag on Twitter about picking up, but he will, for lack of a better term get the dirty work done on your fantasy roster. What I mean by dirty work are those precious bench points plenty of Dynasty Owners tend to overlook and a player who can start in a pinch. Williams missed all of the 2020 season due to injury, but in the four seasons before that he never finished with less than 650 yards, or 4 touchdowns including a season with over 1,000 yards receiving and 7 touchdowns. The Detroit Lions have virtually no one to throw the ball to at wide receiver, meaning if Williams stays healthy, he has a real shot at 1,000 yards. Where else are you going to get that for $4,000,000 against your salary cap?

In what seemed like an out of nowhere move the Jets traded Chris Herndon to Minnesota and that promoted Tyler Kroft to become a full-time starter for the Gang Green. Tyler Kroft has been in the NFL six seasons now and while it is unlikely, he breaks out and becomes a stud, he has put up respectable numbers in the past. In Kroft’s third NFL season for the Cincinnati Bengals, he had 42 catches for 404 yards and proved to be an effective redzone target with 7 touchdowns. The Jets enter the 2021 season with rookie signal caller Zach Wilson at the helm. If Kroft can prove to be a reliable safety net for the young quarterback, he could very well end up in the TE2 discussion for the season. If you need quality depth at the tight end position, Kroft is a must add.

In all honesty, there is an easy case to be made for Cole Beasley to be the number one free agent target this season, but Beasley has quite a bit of competition compared to Tyrell Williams and a much higher salary at an easier position to fill than Tyler Kroft. The Bills brought in Emmanuel Sanders to replace John Brown and have an emerging star in Gabriel Davis which is has a lot to do with why Beasley slots in at Number 3. This is on top of a pricey salary that not everyone can find a way to afford. It is highly likely Beasley will slot back into the role he thrived in last season when he totaled 82 catches, 967 yards, and 4 touchdowns. If Dynasty Owners were to do a blind comparison with Beasley’s stats vs DeVante Parker’s stats, they would likely choose Beasley every time, yet Parker is owned in 91.9% of all Dynasty Owner leagues, while Beasley is owned in just 53.8% of all leagues.

Juwan Johnson is the latest NFL player to transition to tight end and I have to say I am excited to see what he can do at 6 feet 4 inches tall and weighing in at 231 pounds. The Saints tight end room is wide open with the likely starter Adam Trautman banged up and only Garrett Griffin on the roster outside of Johnson. Johnson is extremely athletic for the tight end position and if he is up for the challenge, Sean Payton will find ways to get Johnson mismatches all day long. While Johnson is the scariest bet on the list, he also comes with the most upside should he show out in Week 1. I recommend picking up Johnson before he breaks out and costs all your Dynasty Dollars to acquire.

Thanks to Steve Van Tassell, we have a kicker on the free agent target list. Just kidding Steve. In 2020, it seemed kickers were abundant, and no one was in much of a hurry to pick players from the position up. Fast forward to 2021 and kickers are flying off the shelves in the Free Agent Auction and are seemingly nowhere to be found. Cheap kickers that is. In most leagues you will still be able to find the pricier kickers in the Auction, but if you are looking for a value at the position you may need to make a trade. Unless you acquire Austin Seibert. Seibert was initially the kicker for the Cincinnati Bengals but was waived August 31st, only to sign with the Detroit Lions the following day after they released both kickers who they had on their training camp roster (Zane Gonzalez and Randy Bullock). Now, Seibert is the only kicker on the Lions’ roster and remains widely available here on Dynasty Owner.

Well Dynasty Owners there you have it, the first run of the Free Agent Auction targets in 2021. While these players may not be the prettiest of names, they will be able to help your Dynasty Owner team in some way, shape, or form. The players on this list are also excellent players to pick up and trade once they are producing if you are a team that will not be competing for a Championship. As the GM of your team, it is your responsibility to create value for your roster.

Are you ready for some football? I know I am. The Chase for the Ring starts now!