The matchup is known, and the stage has been set. Super Bowl LVI will take place between the Los Angeles Rams and the Cincinnati Bengals. From a season-long standpoint, this is a little bit of a shock. The Rams may have been on my short list of NFC teams that I thought could make the Super Bowl, but I had zero expectations that the Bengals could or would make it. If you look at the 2021 preseason odds for teams to win the Super Bowl, you will see that the Rams were at 12-1 odds. Not terrible. That put them as the fourth most likely team to win it all. They were behind the Chiefs, Buccaneers and Bills. The Bengals were a much different story though. They were 150-1 odds to win the Super Bowl which put them as the third least likely team to win it all. Obviously as the season progressed, it looked more and more likely that the Bengals could compete for a title. It’s still fun to look back and dream about making a bet with the full hindsight of today.

At any rate, let’s talk about some more free agents.  Today is the AFC North’s turn.

Given the fact that the Bengals are in the upcoming Super Bowl, I thought it would be appropriate to talk about their one and only notable free agent today.

Uzomah is 29 years old. He is being talked about today not because I believe he will be a dominant fantasy player or value next year. Instead, I am talking about him because he is rostered in 52 percent of Dynasty Owner leagues. This is honestly a little higher than I would have expected from a six million dollar tight end that finished as TE19 in 2021. As is the case with a lot of NFL players, Uzomah is a better real life football player than a fantasy player. I expect his roster percentage to decrease rapidly after he signs a contract worth over 7 million dollars.

A couple of 25 year old wide receivers make the list for Pittsburgh. It’s hard to believe, but James Washington is actually a few months older than JuJu Smith-Schuster. This is a testament to how young Smith-Schuster was when he entered the league and how short of a time it took him to become a household name. He is an unrestricted free agent in 2022 and will bring a value of around 12 million dollars per year. It wouldn’t surprise me in the least if that salary creeps up to around 15 million dollars.

James Washington is a player that I think is likely to find a new home this year. With a cap and quarterback uncertainty, paying over 6 million dollars for a third wide receiver is not likely what the Steelers want to do. I think the Bears, Chiefs or Saints would be a fine landing spot for Washington.

I also just wanted to mention Dwayne Haskins. As scary as it may sound, Haskins is the odds-on favorite to start for the Steelers in 2022 at this exact moment. I don’t think he will be the starter on Opening Day, but they have no one else (other than Mason Rudolph). I think it’s likely the Steelers explore quarterback options through free agency or maybe even the draft, but there is no guarantee that the player they select will be ready to start Week 1. Haskins isn’t officially on my free agent list, but I wanted to mention him here, so people have his name in the back of their mind when he does sign a new contract.

Two aging running backs make the list of notable free agents today. Latavius Murray is likely getting close to the end of his career. I don’t think last season was his final one, but I don’t see a chance that he gets more than a single year offer. Think about something like 3 million dollars for a single year if you own Murray.

Devonta Freeman is kind of in the same situation as Murray although he is three years younger.  The 29 year old running back found new life in his career with Baltimore last season.  He wasn’t the most efficient or highest scoring running back in Dynasty Owner, but he was still a value given his salary. Freeman made a little more than 1 million dollars, but he was able to amass almost 150.0 Dynasty Owner fantasy points (149.6). Believe it or not this finish was good enough to put him in the Top 20 for Dynasty Dollars per Fantasy Point (DD/FP).  I wouldn’t expect a similar finish for 2022 especially since his new team is very much up in the air.

The Browns surprised me with only two notable free agents this year. Neither of them are big names, but I think both have a chance to make a decent impact on their (possibly) new teams.

David Njoku has had a relatively disappointing career, at least from a fantasy standpoint. He was selected in the first round of the 2017 NFL Draft. In his five NFL seasons, he has less than 1,800 receiving yards and has averaged only three touchdowns per year. I know that tight ends (including Njoku) do much, much more than just offensive production, but his stats have still been lackluster. I look for Njoku to move on from the Browns while also getting a similar contract to what he had last season.

D’Ernest Johnson made a big splash in 2021 in games without Nick Chubb or Kareem Hunt. We know that his aforementioned teammate, Nick Chubb, has already signed a multi-year contract worth over 12 million dollars per year. I’m torn on what I think the Browns should or will do with Johnson. My heart tells me that they should bring him back, but my brain tells me that it’s probably not likely. There are very few third string running backs in the NFL who make over 2 million dollars, and this is exactly what D’Ernest is likely to make in 2022. Even if the Browns wanted to use a tender on him, it would be worth over 2 million dollars. I think he will command that type of contract, but I don’t think it’ll be in Cleveland. 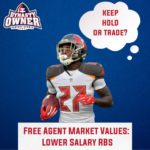 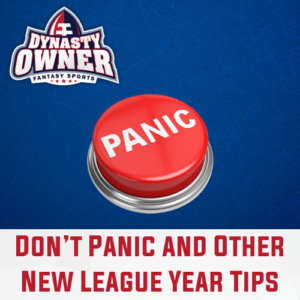 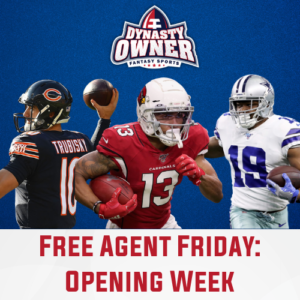 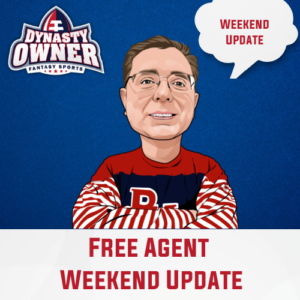