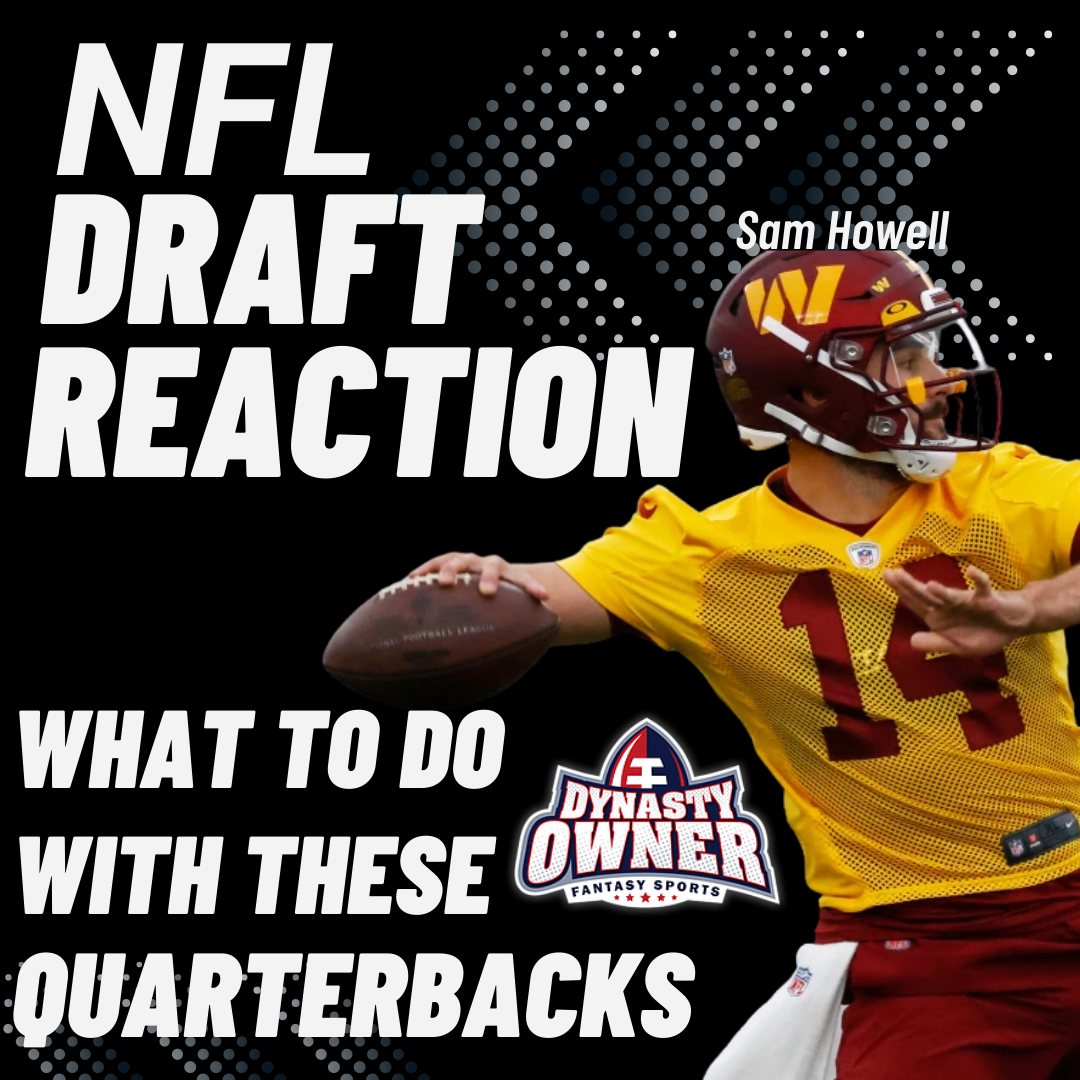 What To Do With These Quarterbacks?

Value of the position

Dynasty Owner is a start 2 QB league, but with a catch. Your Bench quarterback gets 25% of his points added to your total. At first thought this seems nearly irrelevant, but with good quarterbacks scoring 20+ Dynasty Owner fantasy points on a weekly basis, there is an advantage to having good depth at the position. An extra 5 Dynasty Owner fantasy points on top of your Starting lineup could be the difference between a win and a loss some weeks, and therefore a playoff berth. Value-wise this isn’t quite a Superflex league so we’re not reaching for quarterbacks across the board, especially this year, but quarterbacks on rookie contracts are always valuable. So, with this historic class what are we doing?

Kenny Pittsburgh as some media outlets are calling him comes in as the expected starter for the Steelers, though I’m sure Mitchell Trubisky ($7,142,500) will do his best to have a say in the matter. The Steelers are looking to make a swift transition from Big Ben to the next era and Pickett looks like a Week 1 starter. He showed good command of his offense and comes in with experience after playing five seasons in college. While not the dynamic playmaking threat that some of the other young quarterbacks in the league are, Pickett still has the ability to pick up yards on the ground when needed. The only projected starter in this class, if you need a quarterback for your Bench, Pickett is one of the best values out there at only $3,516,976 per year. I’d be comfortable taking him at the end of the first round if you’re looking to add some depth to your quarterback room.

It was surprising to see that the second quarterback off the board didn’t happen until the third round. Ridder was gaining first-round hype throughout the draft process, especially after he ran a 4.52 40-yard dash at the NFL Combine. The Falcons already have Marcus Mariota ($9,375,000) on a two-year contract, but they have an easy out after this season if he struggles and Ridder shows promise. At 6’ 3” and 211 pounds, Ridder has the physical tools and traits to succeed in the NFL, but needs to become more consistent with his technique and decision-making if he wants to start games. The Falcons are trying to avoid saying they’re in a rebuild, but on paper they aren’t fooling anyone. Ridder is a fun project but if the Falcons are picking in the top five next year, he’s not going to stop them from taking a stud quarterback prospect. I wouldn’t mind taking a swing on Ridder sometime in the third round if he’s your kind of thing.

What a fall for Willis who some expected to be a top-10 pick in the draft. Third round draft capital is certainly not what many dynasty players were hoping for, but the Titans landing spot isn’t too bad. Ryan Tannehill ($29,500,000) has been solid, but less than stellar for a team that has Super Bowl aspirations, and while Willis has a long way to go before reaching that point, his athleticism and big arm give him a nearly unlimited ceiling. Tannehill could be gone after this season, but he would still leave a dead cap hit of nearly 19 million dollars. His departure for the team is nearly guaranteed though after the 2023 season though as his dead cap hit would be under 10 million. If you’re willing to wait and see, Willis is a good gamble around the start of the third round.

When speaking on these third round quarterbacks, no rookie has the open depth chart that Corral has with the Panthers. Sam Darnold ($18,858,000) is there but he is in no way a guarantee to start the entire season. If Corral can have a decent showing throughout training camp, there isn’t much reason to think he won’t have a chance at throwing a couple of passes this NFL season if Darnold starts to struggle. Unfortunately, while Corral has one of the better chances to see playing time in 2022, his job security past this season is low. In the same vein as Ridder and the Falcons, if the Panthers are picking at the top of the 2023 NFL Draft then you can expect them to invest in one of the shiny new quarterbacks available. I would consider taking Corral at the end of the third round if you need immediate quarterback depth for this upcoming season. Best case scenario, Corral gets a couple starts this year and you can flip him for a second rounder in 2023.

I have no idea how Sam Howell fell as far as he did, as he was considered a first rounder coming into the 2021 season and performed rather well considering he lost his entire 2020 offense to the NFL – Javonte Williams ($2,216,438), Michael Carter ($1,071,842), fellow Commander Dyami Brown ($1,236,000), and Dazz Newsome ($660,000). I was a big fan of Howell before the draft and to see him slide into Day 3 of the draft was surprising, but sitting behind Carson Wentz ($32,000,000) isn’t necessarily a death sentence. Wentz isn’t known to be the most consistent of quarterbacks (between health and performance) so if the team starts struggling, Howell might get a chance to see snaps. This landing spot also lets him sit and grow without any pressure, while the Commanders are unlikely to be bad enough to be picking high enough for one of the top two quarterbacks in 2023. I feel comfortable taking Howell near the end of the third round or at least making him a priority Free Agent Auction addition if he makes it that far in your league.