Rebuilding with our Dynasty Owners 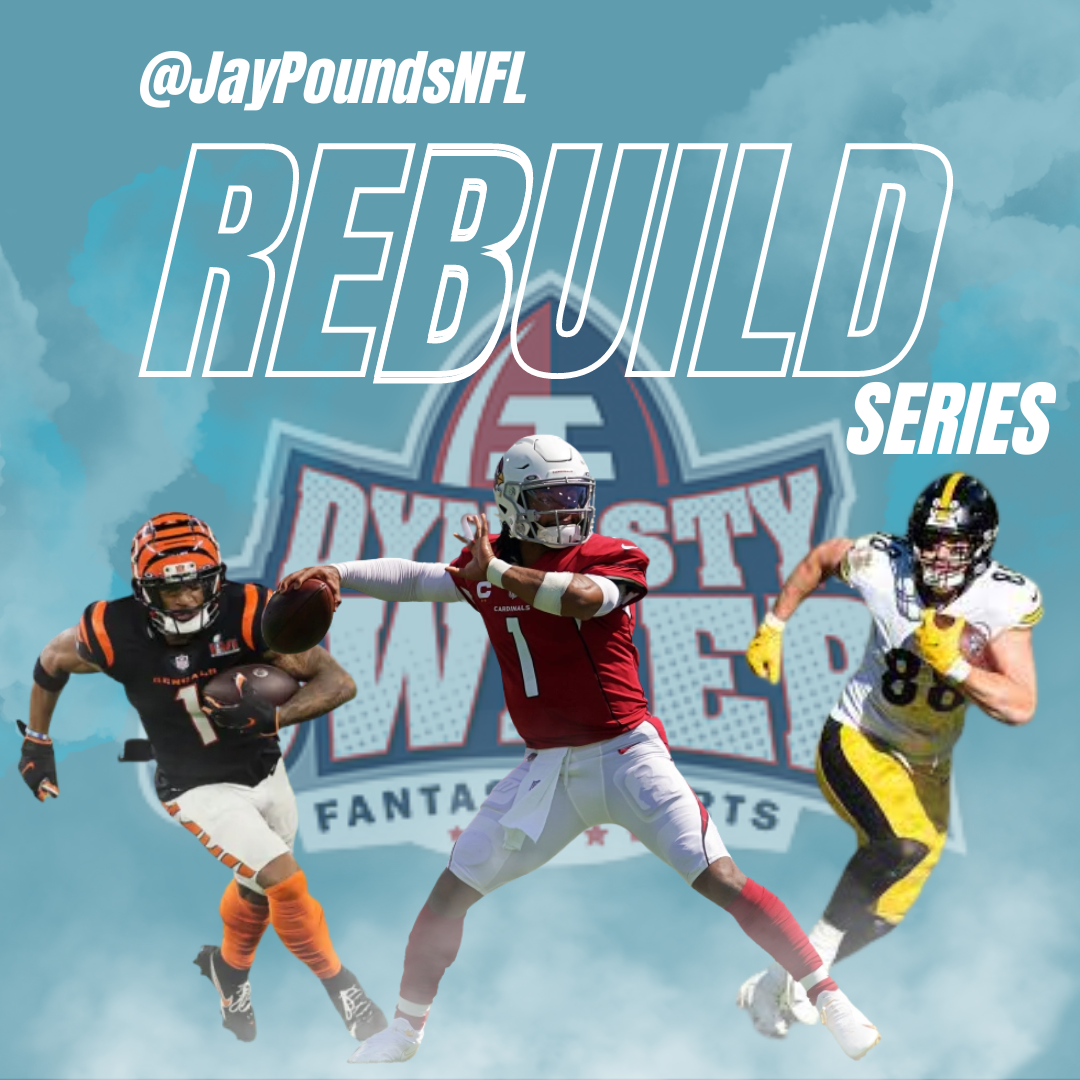 Rebuilding with our Dynasty Owners

Team – The Black and Yellow

Dynasty Owners, welcome back to another week of rebuilding. As we count down the days until the start of the NFL season, I want to hammer away at some more of our Dynasty Owner’s teams at various stages of a rebuild. Over the next month or two, I will be pulling teams at random and breaking them down just as I did in the article below. In last week’s article, I broke down 11 trades made by one of our fellow Dynasty Owners who is now in the middle of a big time rebuild and today, I will break down the team’s current roster. I also included one bonus trade as Bryan made a deal after last week’s article was already published. As always, if you have any input or have a team you would like me to cover in an article feel free to reach out to me via Twitter.

While I prefer to be nice and show praise, I just can’t with this trade. I have been on the record many times about the fact I love the contract of Gallup, now and in the future. With his fellow receivers now getting paid $30,000,000 a year, Gallup should be an extreme veteran value as soon as this season. I am a DJ Chark believer, but I would have asked for more for Gallup who is locked in long-term as the Number 2 guy in Big D.

The good news here is that The Black and Yellow has one of, if not, the best Building Block in all of fantasy football in Ja’Marr Chase. The bad news is that I am not a huge fan of James Cook and Kyler Murray is set to get a massive payday come next season, though that can certainly be worked around. As far as James Cook goes, I could be completely wrong on him, which is why I have him on Bryan’s list of Building Blocks. I also happen to know Bryan is the President of the James Cook Fan Club, like Tim is for D.J. Moore, if you will. If Cook pans out the way Bryan is planning, I will surely be eating my words but that is a story for another day. While both of us are Steelers’ fans and may be a bit biased in our Pat Freiermuth belief, I do feel he is a solid Building Block for this platform. Outside of Dawson Knox, Freiermuth is the value tight end to target in Dynasty Owner.

I have to say this is by far the smallest Players to Trade list I have ever covered. A list like this usually indicates one of two things. The first being the Dynasty Owner had a bad draft and has little talent to trade for draft capital, or it means the user is already deep into a rebuild and has already traded most of the team’s meaningful pieces. If you have read last week’s article, you already know the answer, which is that Bryan has been trading like a mad man since finishing his startup draft. He has already completed 12 trades up to this point.

Enough about all that, let’s talk about the Players to Trade. Keenan Allen is by far Bryan’s best available trade candidate and someone I would look to trade before the season. I think the best way to move Allen would be wait until Deshaun Watson’s suspension is announced and try to move Allen for Amari Cooper and a 1st round rookie draft pick. The second and last player on the list (Samaje Perine) is a small trade chip, but should bring back a 3rd round rookie draft pick in a trade.

The Players to Hold list is a rather large one, but I feel that is because Bryan has already got rid of his big-name players and is now rostering a bunch of young dart throws. The big-name player on this list is Mecole Hardman who is facing a huge make it or break it year in Kansas City. If Hardman takes over the Tyreke Hill role like some are expecting, Bryan will have a tough decision on whether to trade or keep Hardman for the long run. Mark Ingram is another interesting one on this list with Alvin Kamara likely to be suspended for at least six games to start the year. If Ingram plays well over the first week or two, he becomes an instant trade candidate. The last player I want to touch on is Baker Mayfield. Mayfield is not a starter now, but I see no way he isn’t someone’s Number 1 option come the start of the season. If Mayfield plays well, Bryan can move him for draft capital or keep him and gamble that he does not sign a massive contract. If Mayfield struggles and becomes a backup, Bryan can move on free and clear in the off-season.

The Players to Cut list is a hair bigger than we are used to seeing but I just don’t see any of these players returning anything in a trade. When I am rebuilding, I do not want any players who I feel won’t return any value via trade and would much rather roster a young player who has a shot. I know Michael Woods fits the description I just gave, but with the Watson suspension looming I feel he may not get the shot he would with Jacoby Brissett under center in Cleveland. The last player on the list I want to touch on is Marvin Jones. I have Jones rostered in a couple of leagues and have not been able to trade him for the life of me. If you firmly believe Jones will be a factor in the Jaguars’ offense then a case can be made to have him as a Player to Hold.

I think Bryan has this roster headed in the right direction for being in the middle of a rebuild. He has a few solid Building Blocks as well as some intriguing young talent at the bottom of his roster. I am also intrigued to see how a few of his Hold candidates pan out. Another great factor Bryan has going for him is that he has acquired a good amount of draft capital throughout the 12 trades he has made. If Bryan can hit on the higher draft picks, he should be able to turn this roster around within a few years.

I also want to touch on Chris Carson for a moment. Carson is a huge wild card heading into the 2022 season, but my theory is if I am already rostering him, I may as well keep him and see what happens.

Thank you all for reading and be sure to check out our other articles by Steve, Matt, and Nate. Stay safe out there and as always good luck on your 2022 Chase for the Ring!