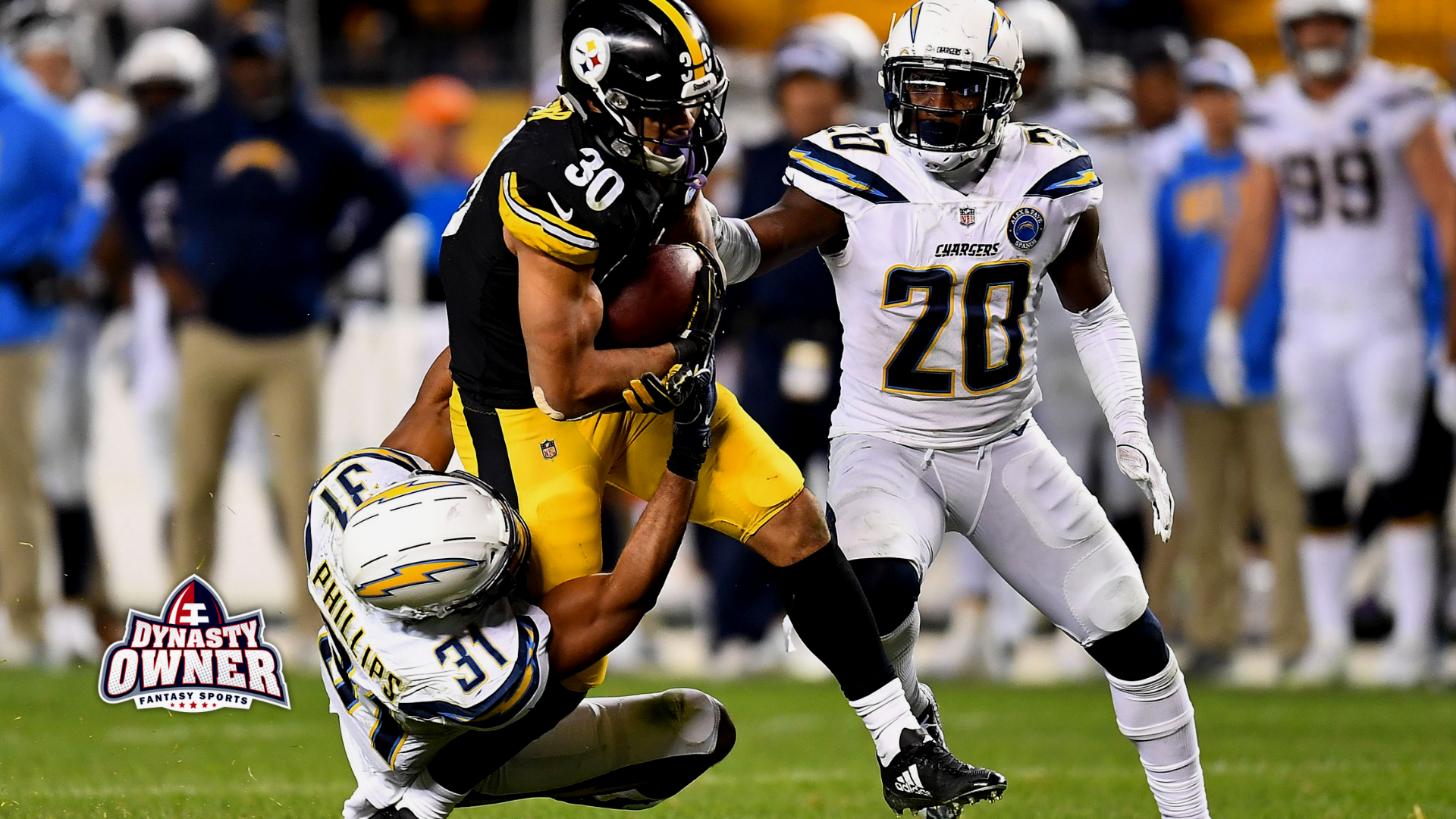 Your first Dynasty Owner Fantasy Football Draft Day is coming soon. For some people, it’s the best day of the year – better than Christmas, the Fourth of July, their birthday, the start of the baseball season, etc.

Mock drafting has been going for about a month now and real Dynasty Owner drafts commence in August. Since Dynasty Owner is a new and innovative concept, there are sure to be lots of ideas floating around about how to draft. For this article, we’re going to avoid “regular” fantasy football tips and offer up some ideas to help you on Draft Day that are unique to the Dynasty Owner concept.

With the preamble out of the way, let’s get to the draft tips that are going to help you win your inaugural 2019 Dynasty Owner league championship.

But why is value so important? Let’s examine two stud players at the wide receiver position and look at the relevant stats from a “regular” fantasy football perspective.

Not much difference there. Brown was a little more valuable than Thomas last year, but not even a point per game better. If you had drafted them in the same round one after another in a “regular” fantasy league, you’d say you got equal value.

In “regular” fantasy football, you might say Thomas was a better “value”. Thomas was generally drafted as the fifth wide receiver off the board in the second round, while Brown was a consensus first round pick and generally the first wide receiver taken. Therefore, Thomas’ owners got the same production from a later draft pick.

In Dynasty Owner, Thomas is even more of a value than Brown because of the difference in salary between the two of them. Thomas’s salary for 2019 is scheduled to be just under $1.3 million while Brown makes over $16.7 million. Breaking it down, we find that Brown is projected to cost Dynasty Owners 13 times more than Thomas in 2019.

Both are predicted to be equally valuable in “regular” fantasy football, but Thomas is going to be so much more valuable in Dynasty Owner in 2019 than Brown. Thomas might be worthy of a first round draft pick, whereas you can likely pick up Brown a lot later if you think he will remain productive and are willing to be saddled with his salary for the next three years.

Speaking of first round picks, here’s a hot tip on who else to draft in the first round.

George Kittle Is a Late First Round Draft Pick

You’re probably reading this and saying to yourself – “Are you crazy? Nobody drafts a tight end in the first round. Gronk maybe a few years ago, but not George Kittle.” Kittle isn’t even the top rated TE in “regular” fantasy football, he’s in the top three along with Travis Kelce and Zach Ertz, but he isn’t the best.

In addition, drafting a TE in the first round is an alien concept to almost everyone. Rarely does it happen, and when it does, that person isn’t winning a league championship. Believe it or not, it’s happened in my regular 12-team fantasy football league not once, but twice (2004 – Shannon Sharpe and 2017 – Rob Gronkowski, both with the 12th pick).

Does that mean he’s worth a first-round pick? Yes, indeed! If you look at all players, Kittle was the third most valuable Dynasty Owner player in 2018 and even though he is projected to have fewer Dynasty Owner fantasy points in 2019, he’s still projected as the seventh most valuable player this year.

If you can get the seventh most valuable player with the number 8, 9 or 10 pick in the first round, then you’ve done a good job with your Dynasty Owner draft. Just remember to make a good choice with your second pick since you’ll have a while to wait for Round 3.

Again, you’re probably reading this and saying to yourself – “Are you crazy? I don’t even want two of them, why should I waste three draft picks on kickers?”

That reaction is completely understandable, but the reasoning for this tip is that you need a starter and bench kicker, plus a practice squad kicker for the bye weeks. Do you really want to have your second kicker on bye, but still on your bench and lose by a point or two?

You can still wait to draft a kicker until the 17th or 18th round, but at that point, you should strongly consider getting three of them to cover for your bye weeks (or an injury). Remember, players on your bench accumulate points and 20% of your bench scoring will be added to your final score. Bench points could be the difference in Dynasty Owner between winning and losing. Automatically committing to zero points from your bench kicker twice just to have a sixth wide receiver or running back sitting on your practice squad might not be the best winning strategy in Dynasty Owner.

Another potentially overlooked scoring opportunity in Dynasty Owner comes from kickoff and punt returns. In regular fantasy football, you generally only get points if your kickoff or punt returner scores a touchdown. Not in Dynasty Owner!

We have points for kickoff and punt return yards. It’s .25 points for every 10 yards. Not much, but how many times have you won or lost a fantasy game by a point or two? Probably enough to know that every point counts in fantasy.

A player who doubles as a kickoff or punt returner makes that player more valuable in Dynasty Owner than “regular” fantasy football. To demonstrate my point, let’s take Tyler Lockett for example and compare him with some other players who put up similar receiving stats in 2018.

Lockett was a top 20 receiver in 2018 with 220 Dynasty Owner fantasy points, tied with Odell Beckham Jr. and one point behind Tyler Boyd. Lockett also had 28 punt returns for 165 yards and 20 kickoff returns for 545 yards – good for the Top 20 in each category, while Boyd had zero return yards and Beckham had just 60 yards. Lockett’s 730 yards in returns is good for an extra 17.75 Dynasty Owner points, or just over one point per game, and vaults him ahead of both Boyd and Beckham in terms of Dynasty Owner production. That’s returning some value to his Dynasty Owner and is something that shouldn’t be overlooked when rating and drafting players in Dynasty Owner.

Dynasty Owner is different than “regular” fantasy football and your draft strategy is going to have to change from what you’re used to doing. No more are you merely looking for the top performer at each position because you might not be able to fit them under the Dynasty Owner salary cap. You’d have to struggle to find good players to fill out your bench and practice squad. Dynasty Owner is all about value. Finding value with your draft picks will be a key to winning.

Another key to victory in Dynasty Owner are bench points. The 20% bonus you get for the points scored by players on your bench is an incentive to have players in reserve who are also high scoring. That’s why having three kickers is recommended in Dynasty Owner. You never know if those backup kicker points are going to be the difference between winning and losing. Don’t be the Dynasty Owner who has a backup kicker on bye, getting you zero points and lose your match-up by one or two points.

Finally, factor in those return points when drafting. A player who returns punts and kicks is more valuable in Dynasty Owner than the same player who doesn’t. You just might squeeze out a victory because of those return yardage points.

One question unanswered is: Who’s going to be the number one pick in Dynasty Owner? We’ll all find out soon enough after training camps open later on this month and drafting starts for Dynasty Owner in August.