Rookie QBs and RBs – Are Any Of Them Worth Owning? 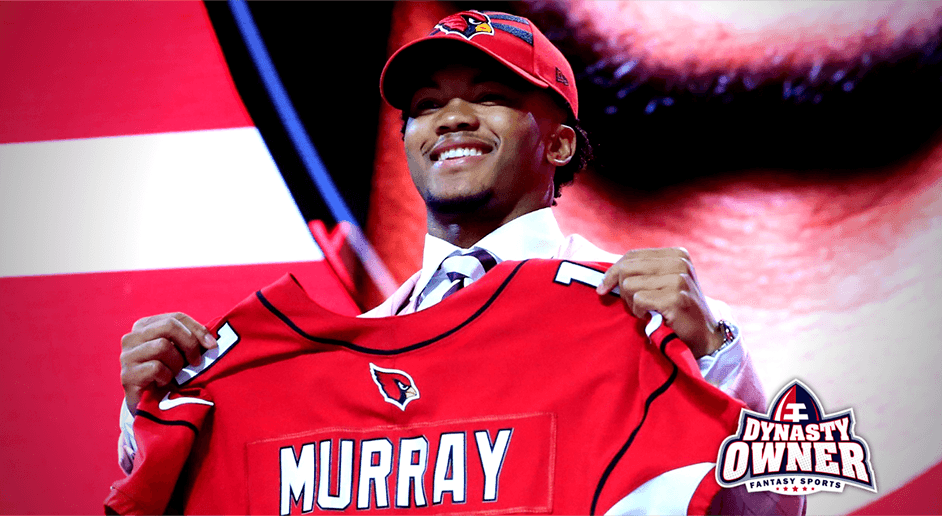 Rookie QBs and RBs – Are Any Of Them Worth Owning?

Now that we’ve looked at every position and found the best value picks based on 2018 performance, it’s time to analyze rookies and find out if any of them are worth their rookie contracts for the beta season of Dynasty Owner in 2019. Last year, the number one (Baker Mayfield) and number two (Saquon Barkley) picks in the NFL draft ended up being staples in their owners’ lineups on a weekly basis, but there were surprises like undrafted rookie free agent Phillip Lindsay who was a productive fantasy option all season as well.

We also had rookie busts too (although it’s difficult to call someone a bust after one year). Ronald Jones II comes to mind as he was an early second round pick and appeared likely to be the starting running back in Tampa Bay at the start of the 2018 season. However, he was inactive for the first three games of the season, scored just one touchdown and ended up producing only 22 Dynasty Owner fantasy points.

Is anybody coming out of nowhere to be an impact fantasy player in 2019? And which early round picks at QB and RB will be the best Dynasty Owner values in 2019?

All projected stats are based on the Standard Dynasty Owner scoring system as outlined in the updated Dynasty Owner Constitution. Standard Dynasty Owner scoring gives you .1 points for every yard rushing or receiving, .1 point for every 2 yards passing, 1 point per reception, 6 points for a rushing, receiving or passing touchdown and 2 points for a successful 2-point conversion (rushing, receiving, or passing). Interceptions or fumbles lost cost you 3 points, while a fumble that is recovered by the player’s team is a loss of only 1 point. Bonus points are available for 100-199 yards rushing (2 points), 200 yards rushing or receiving (6 points), 300-399 yards passing (1 point) and 400 yards passing (4 points). Kickoff and punt return touchdowns are worth 6 points for the player and kickoff and punt returns are worth .25 points for every 10 yards.

Only Two QBs Are Worth Considering, But Are They Worth The Price?

Kyler Murray of the Arizona Cardinals and Dwayne Haskins of the Washington Redskins are only rookie QBs worth owning for 2019 in Dynasty Owner. Both are projected to play this year, while all of the other rookie quarterbacks will need an injury or two to make it on the playing field (See Mullens, Nick).

So, who’s projected to be the better value out of the two in 2019? Based on our exclusive projected Dynasty Owner fantasy points, number one pick Kyler Murray is projected to have double the points of Haskins this season (382 points for Murray vs. 187 for Haskins). However, since this is Dynasty Owner and we need to take salaries into account, Haskins turns out to be the better value based on his mid-first round draft pick salary of $3.6 million compared to the nearly $8.8 million that Murray will be paid by the Cardinals.

In comparison to the large pool of available second, third and fourth year QBs still working on their rookie salary deals (so Dak Prescott plus everyone drafted in the first round in 2016, 2017 and 2018 excluding Carson Wentz), both are far down the list of young QB values for 2019. Haskins slots in as the eight best value just behind Jared Goff and a little better than Baker Mayfield. Murray is the eleventh best value, ahead of only last year’s number three pick Sam Darnold.

For my Dynasty Dollars, I’d much rather have DeShaun Watson over Haskins for roughly the same salary even with Haskins having two more years at that salary. I’d also prefer to spend a couple of million dollars more for Jared Goff or Baker Mayfield and roughly get the same value. And even though Mayfield and Murray are projected to score about the same amount of points and have similar salaries, I think Mayfield is much more likely to meet or exceed projections than Murray based on his performance last year the quality of the receivers and running backs at his disposal in 2019.

Unless you have a crystal ball and can predict injuries, it’s difficult to recommend drafting any of the other 2019 rookie QBs, such as Daniel Jones, Drew Lock, Will Grier, or Jared Stidham in Dynasty Owner. While several of them have low salaries for the next couple of years and might be worth a practice squad stash, none are recommended if you’re playing to win (and who isn’t) in 2019.

Is Josh Jacobs the Best Rookie Running Back?

The first running back taken in the 2019 NFL Draft was Josh Jacobs of the Oakland (soon to be Las Vegas) Raiders. While h has yet to sign his rookie contract, based on reports and his draft position, he will likely sign for about $11.9 million over four years or just under $3 million annually. Jacobs is projected to have 218 Dynasty Owner fantasy points in 2019 and using his anticipated salary, he clocks in at a solid $13,645 cost per point for 2019.

No other running backs were selected in the first round of the 2019 NFL draft, but that doesn’t mean Jacobs should be the only rookie RB on your Dynasty Owner radar.

According to former Dallas Cowboys executive Gil Brandt in an article on NFL.com (http://www.nfl.com/news/story/0ap3000001033290/article/2019-nfl-season-projecting-the-top-five-rookie-running-backs), the top rookie running back this year is going to be David Montgomery of the Chicago Bears. Montgomery was just a third-round pick in the 2019 draft and Tarik Cohen, himself a great RB value pick, and Mike Davis will also be wearing Bears uniforms this season and fighting Montgomery for playing time.

However, if you are like Brandt, and are buying into the Montgomery hype because you envision Bears Coach Matt Nagy using Montgomery as the replacement for Jordan Howard, then he’s a great rookie value RB based on his 2019 Dynasty Owner projected fantasy points and low salary of just over $1 million annually.

Speaking of Jordan Howard, his new team – the Philadelphia Eagles – drafted a rookie running back in the second round. Miles Sanders was the pick and our Dynasty Owner projections have him scoring the most points of all of the Eagles many RBs in 2019. He also will cost you more than Howard, Wendell Smallwood, Corey Clement and Josh Adams, but is projected to be more valuable than all but Howard.

Both Montgomery and Sanders are projected to be better values than Jacobs and only a point or two less productive per game. Despite these projections, both of them have a lot of competition for carries and catches on their teams. If you believe the projections and think Montgomery and/or Sanders are likely to meet or exceed them, then it’s an open question as whether Josh Jacobs should be the first rookie RB off the Dynasty Owner draft boards in August.

If you’re looking for a sleeper for 2019 and beyond, then take a look at Darwin Thompson of the Kansas City Chiefs. The sixth round draft pick out of Utah State is only projected to score 27 Dynasty Owner fantasy points this year, but I’m betting that he beats those projections by a lot and could be the Chiefs’ starter at some point this year. His $661,960 salary means that you can safely stash him away on your practice squad at the beginning of the year without smashing the salary cap and see if I’m right or not.

You don’t have to just take my word for it, there have been articles, like the one below, written about his OTA performance and the positive impression he has made on Chiefs offensive coordinator Eric “Sleeping with” Bieniemy (still one of my all-time favorite Chris Berman nicknames) https://lastwordonprofootball.com/2019/05/31/darwin-thompson-kansas-city-chiefs-ota-takeaways/

In another dynasty league (not Dynasty Owner), I drafted Thompson with a late third round pick in our rookies-only draft back around Memorial Day. By early June, I received an offer of a first round 2020 rookie-only draft pick for Thompson (which I promptly turned down).

The top QB and RB selections in the 2019 NFL draft might not necessarily be the top draft picks taken at their positions in your inaugural 2019 Dynasty Owner draft. The salary that comes with being the number one overall draft pick makes Kyler Murray projected to be less valuable than the number fifteen pick in Dwayne Haskins. However, both of them are stuck behind plenty of other low-cost young QBs in terms of value.

Two other rookie RBs are projected to be nearly as productive as Josh Jacobs, the first RB taken in the NFL draft, at one-third to half of Jacobs’ anticipated salary. They could be the 2019 version of Philip Lindsay. However, neither is a guaranteed starter and both will have to fight for touches and playing time in their rookie seasons. They will need to perform in training camp and pre-season games to avoid being the 2019 version of Ronald Jones II.

Murray or Haskins? Jacobs, Montgomery, Sanders or someone else? Are any of these rookie’s worth drafting in 2019 or should you wait and see and leave them on the free agent list? It won’t be long before we can answer those questions in the inaugural season of Dynasty Owner!