The Impact of Contract Extensions in Dynasty Owner Drafts 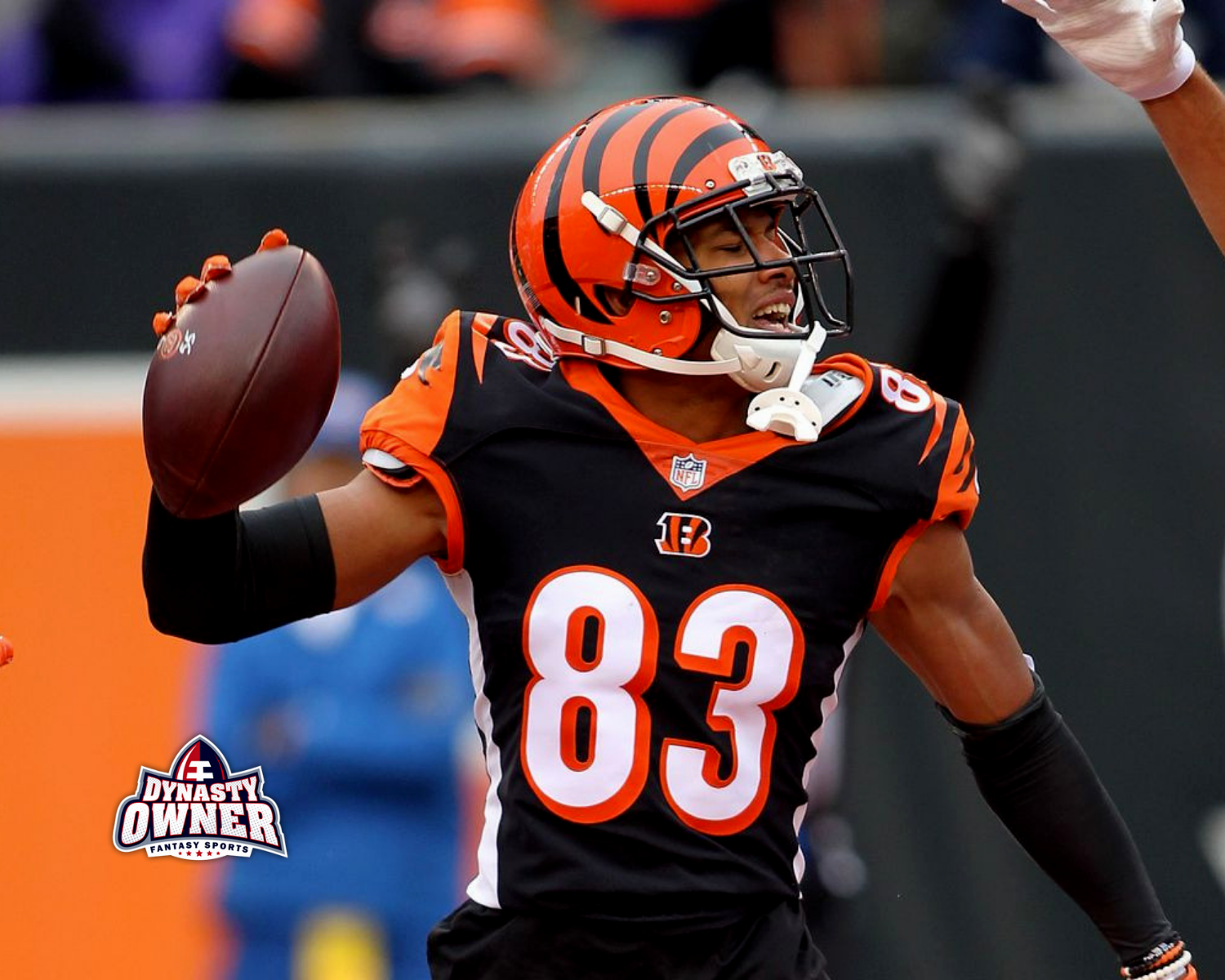 The Impact of Contract Extensions in Dynasty Owner Drafts

One major way that Dynasty Owner is different than “regular” fantasy football or even your run of the mill dynasty league is that Dynasty Owners need to be paying attention to contracts. Who’s signing a new deal, who’s getting a contract extension, who’s on the last year of their current contract and looking for a new deal (and might sit out – see Gordon, Melvin), etc. It’s not enough to just look at stats – Dynasty Owners need to be looking at the whole picture. It’s why we’ve talked so much about “value” and getting players who have a low cost per point. Dynasty Owners are not only managing their active roster, bench and practice squads, but also juggling salaries and fitting all of their players under the Dynasty Owner $120 million hard salary cap.

With Dynasty Owner Week 1 in the record books, all contracts are locked for the 2019 season (per the Dynasty Owner Constitution). With that deadline having passed, it’s time to look at how contract extensions signed earlier this year may have changed the value of those players in Dynasty Owner. Since Tim expertly tackled LeSean McCoy, Ezekiel Elliott, Jared Goff and Jacoby Brissett and their contract situations in his blog post right before the season started, we’ll focus on other contract extensions signed earlier in the off-season.

Tyler Boyd signed a four-year, $43 million contract extension starting next year with the Cincinnati Bengals back in mid-July. In a “regular” fantasy football league or even a dynasty league, this was nice news to know going into the 2019 season, but unlikely to change where Boyd got selected in your league’s draft.

That’s not true in Dynasty Owner! This new deal for Boyd changed his value for 2020 and beyond, likely causing his stock to drop in this year’s Dynasty Owner drafts. Based on his performance from last year, he was pegged as one of the top five Dynasty Owner “value” WRs (https://dynastyowner.com/post/top-dollar-for-top-production-at-wide-receiver).

His status as a top five “value” WR was based on his projected production of 211 Dynasty Owner fantasy points for 2019. He was technically the ninth best WR value at just over $5,000 cost per point, but his projection of 211 points bumped him up in the “value” rankings.

If his position didn’t change then we should see Boyd being around the ninth WR off the draft board and have an Average Draft Position (ADP) in the same range as those other bargain WRs (and possibly better due to A.J. Green’s injury). Well, Boyd’s Dynasty Owner ADP is 65, which is 20 places higher than Godwin (ADP 45). Godwin is projected to get the identical number of Dynasty Owner points in 2019 at a close enough salary that the margin shouldn’t really be that large.

Since rankings for all leagues aren’t available, we’ll use my league as an example as Boyd was drafted exactly 20 places lower than Godwin (both by my team, the Vantastics). Using my league as a proxy for all of Dynasty Owner leagues, Boyd was the 18th WR taken off the draft board and only drafted ahead of Westbrook from the “value” WR list.

BTW – Nice pickup by Seabass Pro Shops, getting Westbrook in the middle of the twelfth round!

The draft data available appear to show that Tyler Boyd’s contract extension had a negative impact on his draft position. But what about other players at other positions, did signing a new extension automatically lower a player’s ADP?

First, in April, Russell Wilson signed a 4-year, $140 million contract extension. That was followed two months later by Carson Wentz’s 4-year, $128 million extension. Both extensions don’t kick in until next year, so they are working on their previous contracts in Dynasty Owner for 2019 ($21.9 million for Wilson and $6.7 million for Wentz). Both players will join Aaron Rodgers ($33.5 million) and Matt Ryan ($30 million) in the QB high-rent district of $30 million plus contracts in 2020 and beyond. So, did Dynasty Owners take these new contracts into account when drafting this August?

It appears that a lot of Dynasty Owner ignored the Wentz new contract news or were drawn to his low $6.7 million contract for 2019 based on his Dynasty Owner ADP. Wentz is eighth in projected Dynasty Owner points for 2019 but was the fourth QB taken on average in Dynasty Owner drafts (ADP 30 – behind only Patrick Mahomes – ADP 4, Baker Mayfield – ADP 9 and DeShaun Watson – ADP 21).

In contrast, on average in non-Dynasty Owner PPR leagues, according to the Fantasy Pros (https://www.fantasypros.com/nfl/adp/qb.php), Wentz is the seventh QB picked with an ADP of 72, behind those three young, affordable QBs plus Rodgers, Ryan and Drew Brees. It appears that Wentz’s 2019 contract helped to improve his draft stock more than his contract extension hurt it.

In contrast to Wentz is Russell Wilson. His fabled highest average value contract signed in April was big news and it appears to have caused him to fall in Dynasty Owner drafts. Wilson has a Dynasty Owner ADP of 122, far below Wentz’s ADP. Wilson was also drafted on average behind the two other $30 million plus QBs (Matt Ryan –ADP 85 and Aaron Rodgers – ADP 109).

Using my league as a proxy again, Wilson went undrafted, Ryan was taken with the 61st pick, Rodgers was drafted 77th, while Wentz was the overall #1 pick. Clearly the team with the first pick wasn’t scared by Wentz’s new deal but everyone else in my league was afraid to draft Wilson with the knowledge that he was going to be the top paid player in the NFL next year.

We haven’t even mentioned the last minute, right before the season starts, extensions for Ezekiel Elliott (6 years, $90 million), Tyreek Hill (3 years, $54 million), Julio Jones (3 years, $66 million) and Jared Goff (4 years, $134 million) that didn’t affect their draft position in 2019, but might change their Dynasty Owner’s opinion of their value next year and beyond.