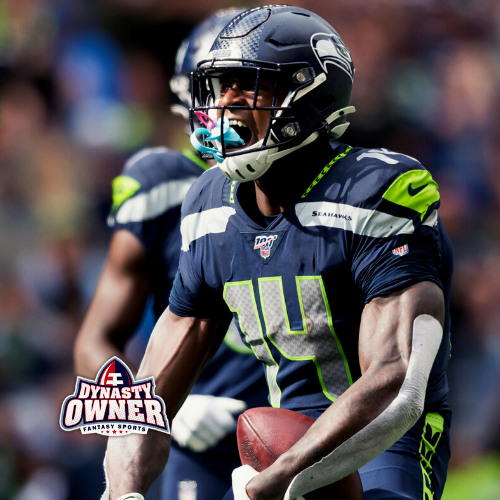 It’s Week 9 and time when a lot of Dynasty Owners are going to find out how good their Bench is because, for many of them, players usually on the Bench will have to be Active this week. We have bye weeks for four teams including two teams (Rams and Saints) with a lot of top Active fantasy players, plus a couple of usual Active players on rosters of the other two teams on bye (Bengals and Falcons). For some Dynasty Owners, it might be a battle to see if their Bench masquerading as their Active lineup can play better than their opponent.

This is our ninth Dynasty Owner game preview article, the third in a row with an undefeated team looking to stay undefeated and the second in a row in which the undefeated team is playing an opponent with a losing record. As usual, we will analyze each team’s starters and bench to see if any switches are needed, highlight other things of interest and importance and make a prediction on the winner and final score. We’ll also pick some players who should be in your Active lineup and some who you should Bench, as well as review last week’s recommendations.

First, let’s look at last week and see how my recommendations worked out (Good, Bad or Just Ok). I recommended having the following players Active in Week 8:

Once again, three out of four players who I recommended be Active would have been better off on the Bench. Even disregarding the Teddy Bridgewater choice, which was submitted before the Saints announced that Drew Brees would be back at QB last week, these were still poor recommendations. I promise to try and do better with my recommendations of players who should be Active in Week 9.

Matthew Stafford (QB – DET): Are you one of the few Dynasty Owners who has Stafford on your roster? There’s not a lot of you as he’s only rostered in 2% of Dynasty Owner leagues. If you have him, you should make him Active and probably should have made him Active the past two weeks when he’s averaged 36.5 Dynasty Owner fantasy points and moved up to become the 8th rated QB in Dynasty Owner. This week, he gets to face an Oakland defense that allows an average of 32.7 Dynasty Owner fantasy points per week to QBs, including four weeks with 30+ points. The fewest points they have allowed this season is 16.3 so the floor for Stafford is pretty high and 30+ is pretty likely. If you need a QB because Goff, Brees or Ryan are on bye and have room for his $27 million annual salary, then pick up Stafford and make him Active.

Tarik Cohen (RB – CHI): Cohen is basically a pass catching RB. He has 56.4 out of his 66.0 Dynasty Owner fantasy points as a receiver this year. The Eagles defense has allowed an average of 7.1 Dynasty Owner fantasy points on receiving alone to pass catching RBs with three of them scoring more than 10 points. Cohen will make it four, so be comfortable with putting him in your Active lineup.

D.K. Metcalf (WR – SEA): Metcalf has been targeted in the red zone 11 times this season so far, tied for fifth most in the NFL. Last week, he turned both of his red zone targets into TDs. His overall targets are also on the upswing since the injury to starting TE Will Dissly. Metcalf is averaging 10.6 Dynasty Owner fantasy points per game, which is good for 32nd among WRs. This week, he faces the Buccaneers defense that has allowed eight red zone receiving TDs in the past three weeks (six of them from WRs). Expect Metcalf to catch at least one red zone TD this week and make him Active.

T.J. Hockenson (TE – DET): The Raiders have allowed six TDs to opposing TEs this season which bodes well for Hockenson’s chances of reaching the end zone in Week 9. Only Arizona is worse, but they play George Kittle and the 49ers and Kittle should be Active every week. Hockenson has only scored 29.9 Dynasty Owner fantasy points (an average of just 5.0 points per game) since Week 1 when he had 25.1 points against the Cardinals. Many of his Dynasty Owners are likely to have him on the Bench based on his recent form. Because the Lions are playing the Raiders and Stafford is projected to have a good game, Dynasty Owners should put Hockenson in their Active lineup.

Once again, I’m better at projecting who should sit on the Bench as opposed to be Active with two Good and two Just Ok Bench recommendations. Here are some players who Dynasty Owners drafted to use or have been using in their Active lineup, but would be better if they sat on the Bench in Week 9.

Kyler Murray (QB – ARI): Once again, Murray is the pick here for a QB to Bench. It was a good recommendation last week as he had no touchdowns and only scored 11.3 Dynasty Owner fantasy points against the Saints, coming on the heels of a no touchdown, 8.0 Dynasty Owner fantasy point outing in his previous game versus the Giants. He’s still the 11th ranked QB in Dynasty Owner, so many of you who own him are thinking that he should be Active. Not with the very good 49ers defense coming to the desert. Murray should be on the Bench this week.

Josh Jacobs (RB – OAK): None of the top RBs have tough match-ups this week, so because I have to pick someone, it’s Jacobs. He’s not a great receiver out of the backfield as three-quarters of his Dynasty Owner fantasy points have come on the ground. The Lions defense held Saquon Barkley to only 64 yards rushing on 19 attempts last week, so it’s possible that they hold Jacobs down this week enough that his Dynasty Owners will wish they left him on the Bench.

Terry McLaurin (WR – WAS): Just because he’s ranked in the Top 20 of Dynasty Owner WRs doesn’t mean you have to start Terry McLaurin. First, he’s only scored a total of 10.0 Dynasty Owner fantasy points in the past two weeks. Second, Dwayne Haskins is scheduled to start for Washington and in the second half last week when Haskins played against the Vikings, McLaurin was only targeted once by Haskins (and it was an INT). Third, in the other game McLaurin played without Case Keenum (Colt McCoy started), he only scored 8.1 Dynasty Owner fantasy points against the Patriots. I could continue, but you get the idea. McLaurin should be on the Bench this week.

Mark Andrews (TE – BAL): Andrews has been really good in his rookie season, as in the 5th best TE in Dynasty Owner so far. He is scoring an average of 13.6 Dynasty Owner fantasy points per game. However, he’s got to face the Patriots defense that has allowed only 42.1 Dynasty Owner fantasy points to TEs all season (an average of just 5.3 points per game) and just one TD. Something’s got to give this week and it’ll be Andrews’ performance. Bench him because of the match-up and find another TE to put in your Active lineup.

Dynasty Owner Match-up of the Week –

· The Recyclers are strongly considering a switch at RB with Derrick Henry moving from the Bench to Active and Jamaal Williams heading to the Bench. Chuck said he was thinking of making a change at RB2 and didn’t explicitly say Williams was going to the Bench, but it’s a safe assumption he wasn’t talking about Christian McCaffrey. Using the Dynasty Owner projections, this isn’t much of an upgrade, but it’s a good move and one that he should make.

The exclusive Dynasty Owner scoring projections based on their current lineups has the Recyclers staying undefeated by a healthy margin of 124.3-97.4. The Recyclers Active lineup at the time of this article provides the entire margin of victory as Bench scoring is tied with both teams getting 16.1 Bench points. Nothing fancy here, as I predict the Recyclers continue to stay undefeated, even accounting for Adams in place of Pettis in Pkoy’s Active lineup.

My prediction record is 4-4 for the season with two wins in a row. Can I make it three straight and have a winning record for the first time this season? Check out the Week 9 Recap article next week to find out who won the Match-up of the Week.