Widely Available Players to Own for the 2020 Dynasty Owner Season 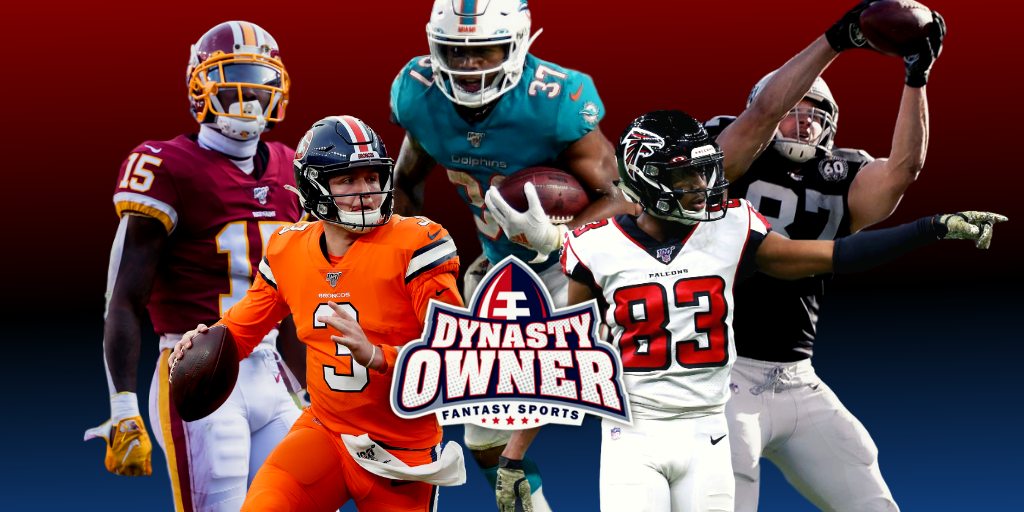 Widely Available Players to Own for the 2020 Dynasty Owner Season

The 2019 NFL season is over as the Super Bowl concluded with someone other than the New England Patriots winning. Congratulations to the Kansas City Chiefs on winning for their first title in 50 years!

Now that we’ve turned the clock on the 2019 season, it’s time to start thinking about 2020. Unfortunately, most of the off-season action won’t start for a while as free agents can’t sign with new teams until March 18th. However, between now and then, there are some things that Dynasty Owners can do to try and improve their teams.

The announcement of the increase in roster spots from 24 to 30 and the institution of a hard salary cap of just $110 million for the 2020 Dynasty Owner season instead of the system in place for the inaugural season is an opportunity for Dynasty Owners. Owners can take a look at their teams now and see what players are available in the Free Agent Auction before NFL free agency starts. To help out, let’s take a look at some widely available and inexpensive Dynasty Owner Free Agents who really should be rostered in 2020.

These players are rostered in 50 percent or less of Dynasty Owner leagues at the time of publication. They are also signed for at least 2020 and in many cases, beyond that. No NFL free agents here – just players you can grab now and keep for 2020 with little impact on your salary cap.

No Good Options at Quarterback

There aren’t any QBs worth mentioning who fit our criteria. Both of the truly low cost QBs who played significant time in 2019 (Ryan Finley and David Blough) are highly unlikely to be starting in 2020. Blough started five games for the Lions at the end of the season, averaging just 13.2 Dynasty Owner fantasy points per game. Despite starting five games and costing only $591,667 per year for the next three years, no Dynasty Owners took the opportunity to put Blough on their rosters. Ryan Finley was even worse with just an average of 9.1 Dynasty Owner fantasy points in his three starts for the Bengals. However, a few Dynasty Owners took a chance on Finley and his $827,414 salary, as he is currently owned in 17% of leagues. That ownership percentage is likely to drop as the Bengals should draft Heisman Trophy winner Joe Burrow with the first pick in the NFL draft in April and name him the starter for 2020.

The two QBs who are possible 2020 starters at a low salary (Drew Lock and Gardner Minshew) both don’t fit our criteria since they are rostered in far more than 50 percent of Dynasty Owner leagues. Drew Lock was the starter at the end of 2019 in Denver and costs only $1.75 million per year for the next three years. However, he is rostered in 74% of Dynasty Owner leagues right now. Gardner Minshew might be the starter in Jacksonville next year and even if he’s not, he’s worth a roster spot. Minshew is owed in 80% of Dynasty Owner leagues at a salary of just $677,721 for three more years. If you are a league in which Lock or Minshew isn’t owned, go grab either one (or both of them) before it’s too late.

It’s tough to find a low salary, widely available RB in Dynasty Owner. Several top RBs come with low salaries under $1 million, such as Aaron Jones, Chris Carson and Alvin Kamara, but all of them, not surprisingly, are rostered in 100% of leagues.

Out of all of the options, Myles Gaskin of the Dolphins stands out as the best. He’s very widely available as he’s only owned in 2% of Dynasty Owner leagues and carries a low $651,694 salary for three more years. Despite starting off the 2019 season as the #5 RB in Miami, he outlasted Kenyan Drake (traded), Kalen Ballage (injured) and Mark Walton (suspended then released) before getting injured himself. He also outplayed Patrick Laird in the two games in which they shared the backfield load (22.0 Dynasty Owner fantasy points for Gaskin vs. 10.2 Dynasty Owner fantasy points for Laird). Laird also fits the criteria as well ($588,000 salary for one more year, only owned in 13% of Dynasty Owner leagues), but Gaskin is the choice here if you really feel like you need another RB and can’t afford any of the top rookies coming in the draft.

There are several WRs who fit our criteria and might be worthy of a spot on your Dynasty Owner roster with the best choice being Redskins WR Steven Sims Jr. The undrafted rookie from Kansas ended up being pretty much the Redskins #2 WR by the end of the 2019 season behind Terry McLaurin. Overall, he scored 127.8 Dynasty Owner fantasy points and ranked as the #57 WR for the season. However, the overall total masks the fact that he averaged 20.8 Dynasty Owner fantasy points per game over the last three weeks of the season.

For the entire 2019 season, Sims was a dangerous return man, ranking second in kickoff return yards and fourth in overall return yards. He also scored a return TD this season. His return points alone were worth 25.3 Dynasty Owner fantasy points in 2019.

Sims is only owned in 6.5% of Dynasty Owner leagues and in terms of salary, he’s a bargain for the next two years at only $590,000 per year. If his production continues to improve, he could be a Tyreek Hill type player. Pick him up now and stash him for 2020 and 2021.

Another WR who fits our criteria is Russell Gage of the Falcons. Gage really came on in the second half of the season after the Falcons traded Mohamed Sanu to New England, averaging 10.3 Dynasty Owner fantasy points per game in the last nine games of the season. Gage will likely be the #3 WR in Atlanta in 2020 and if the Falcons don’t resign unrestricted free agent TE Austin Hooper, he’ll be the third option in a potent Falcons pass offense.

Raiders TE Foster Moreau is the top TE who fits our criteria. He’ll battle with fellow TE Derek Carrier to be the backup TE behind Darren Waller in Las Vegas in 2020. Is it too soon, or can we officially call them the Las Vegas Raiders now?

Either way, Moreau was fairly productive as a rookie in 2019, scoring 68.4 Dynasty Owner fantasy points and being a Top 40 TE. Admittedly, he was touchdown dependent as he scored five of them (second on the team behind Tyrell Williams who had six), but that appears to be something consistent in the Raiders’ offense under Coach Jon Gruden as their backup TEs in 2018 accounted for 4 TDs.

He stands to be as or more productive in 2020 for only $751,633 for the next three years. Sure, he’ll be the backup to Darren Waller, but several teams had two productive fantasy TEs in 2019 (Indianapolis with Eric Ebron and Jack Doyle comes to mind first and Baltimore has three productive TEs in Mark Andrews, Hayden Hurst and Nick Boyle). There’s also no reason to believe Gruden can’t figure out a way to incorporate Moreau more into the Raiders offense in 2020. Grabbing him now to see if that pans out is a good move as he’s only owned in 13% of Dynasty Owner leagues at the moment.

Do you have salary cap room and roster space on your Dynasty Owner team? Looking to fill a roster spot or two with an affordable player who could produce for your team in 2020? If you said Yes to either of these questions, then go look at the available players in your league. You’re most likely to find an asset for the 2020 Dynasty Owner season at WR or TE.

Out of all of the players discussed, Steven Sims Jr. appears to be the best bet to produce for your team in 2020 based on his end of the year performance in 2019. Hopefully you read this article before anyone else in your league and get to the Free Agent Auction to put in a bid for him or one of the other players mentioned.

There’s more content to come on a regular basis during the Dynasty Owner “off-season” between articles, podcasts and Twitter. Thanks for reading and go start getting ready for the 2020 Dynasty Owner season!