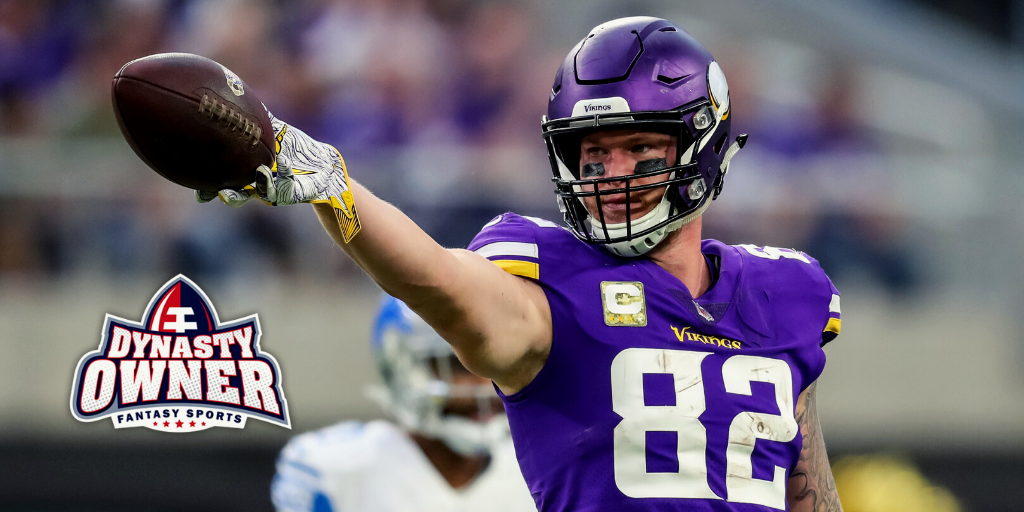 Happy start of the new NFL season and kick off Dynasty Owner Amnesty! That’s right, the 2020 Dynasty Owner amnesty period started yesterday Wednesday, March 18th. That means Dynasty Owners can start removing players on their current roster who aren’t worth the cost of their salary. This can be done free of charge!  All Dynasty Owners need to do is have at least 26 players on their roster (25 if bidding on a player when dropping) and keep their rosters at fewer than 30 players (and probably lower so you have room for rookies).

If this is your first Amnesty article, you are late to the party and need to go read the previous three articles – part 1 covering QBs and RBs and parts 2 and 3 covering WRs. There were a lot of overpaid and underproductive WRs so two articles were needed. If no players on your roster have been covered in the three previous articles, congratulations to you! Let’s hope you don’t have a TE or kicker mentioned in this fourth article as well.

Special in Philly, but Overpaid in Chicago

Trey Burton is most famous for the passing TD he threw to QB Nick Foles in the Eagles’ Super Bowl LII victory. He became a free agent after that game and signed a 4-year, $32 million contract with the Chicago Bears. Under Coach Matt Nagy who had previously been the Chiefs Offensive Coordinator, it was expected that Burton would turn into the next Travis Kelce. In 2018, Burton was good as he had 146.0 Dynasty Owner fantasy points and would have finished as the #8 TE overall. Burton only had 14 receptions for 84 yards in 8 games in 2019 (22.4 Dynasty Owner Fantasy Points) and was injured for most of the season. He underwent hip surgery but is expected to be ready for the 2020 season.

However, the question for his Dynasty Owner is, “Do you want him back on your 2020 Dynasty Owner roster at $8 million for two more years?” The quarterback situation in Chicago is murky with Mitchell Trubisky as the incumbent and the Bears are going to sign free agent Jimmy Graham (it’s all about the U).

Even though Graham is older than Burton by a few years and wasn’t super productive in 2019 with just 99.7 Dynasty Owner fantasy points over the entire season, just signing him indicates the Bears’ dissatisfaction with Burton. Even if Burton emerges as the starter next year, what role will he play in the Bears’ offense in 2020? He will likely be the fourth or fifth option behind Allen Robinson, Anthony Miller, Tarik Cohen and David Montgomery. If you are one of the Dynasty Owners in 72% of leagues with Burton on your roster, use the free pass given to Dynasty Owners. Unload Burton’s big contract and find a cheaper TE in your Dynasty Owner league Free Agency Auction.

If you need a starting TE after releasing Trey Burton (or another TE), here are some replacements available in over 70 percent of Dynasty Owner leagues:

Other Tight Ends Who Deserve to be Released

There are a few TEs owned in less than 50 percent of Dynasty Owner league who also deserve to be sent packing now if you are a Dynasty Owner who has one of these guys on your roster:

Kick These Guys Off Your Roster

There are six kickers definitely worth of releasing immediately due to their high salaries (with multiple years left on their contracts) and lack of productivity in 2019. Four of them are widely owned (more than 70% ownership in Dynasty Owner leagues) and finished outside of the top 10 kickers in 2019, basically making them your Dynasty Owner Bench kicker. Each will make several million dollars in 2020, far too expensive for a Bench player when you only have a $110 million salary cap. Dynasty Owners would be better off grabbing a kicker earning less than $1 million and saving a couple of million dollars in salary cap room that they can better use.

Finally, we have two kickers who are owned in less than 50 percent of Dynasty Owner leagues but should be dropped by their Dynasty Owners as well:

We’ve covered every position now and many of the players who Dynasty Owners might want to use the amnesty provision on. With the announcement by Dynasty Owner Tim of unlimited amnesty for Dynasty Owners through the end of March, there may be additional players to consider since Dynasty Owners are not limited in the number of players they can release free of charge (as long as you have at least 26 players on your Dynasty Owner roster).

At TE, Trey Burton is the top target because of his $8 million salary, which is tied for sixth highest for a TE with new teammate Jimmy Graham, and likely status as the fifth option in the Bears 2020 offense. There are more “high-priced” kickers that Dynasty Owners should drop because they didn’t perform up to the level of their contract in 2019. Dynasty Owners with one of the six kickers listed in this article on their roster could save a couple of million dollars in valuable salary cap room by smartly taking advantage of the free dropping, amnesty provision for the 2020 season.

Now that the new NFL league year has kicked in, it’s time for Free Agents to officially start signing new contracts. There’s lots to cover so don’t forget about all of the great Dynasty Owner specific articles, podcasts, message board debates and Twitter posts to help you start getting ready for the 2020 Dynasty Owner season!