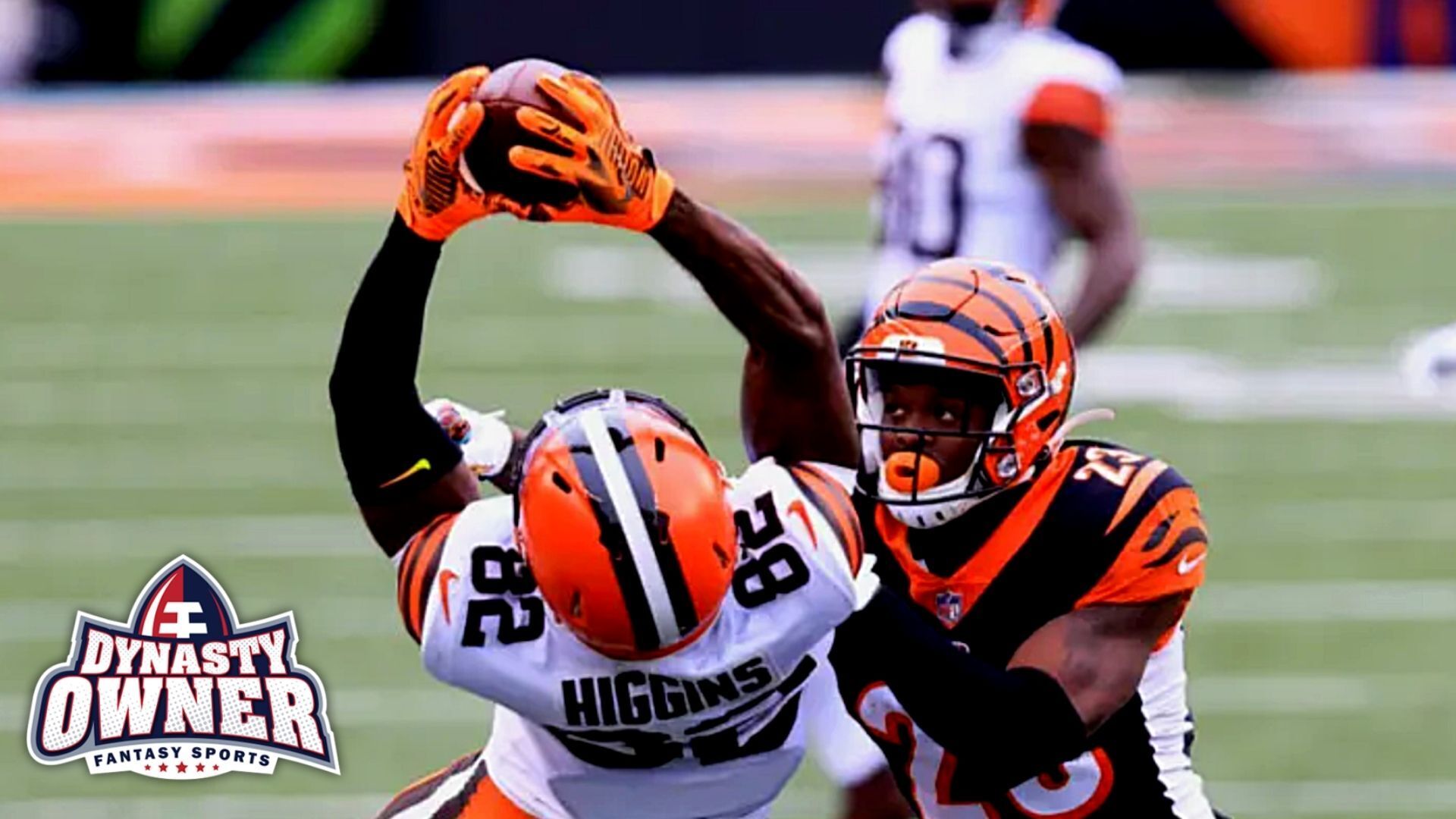 We are just about at the halfway point this year and well… nothing has changed. We saw another huge pile up on the injury list again in week 7 with more big names going down, star players C. Carson, K. Drake, and O. Beckham Jr. were among those injured over the weekend in their respective games. I know if this trend continues even a few more weeks we can name the 2020 NFL season “The Year Of The Injured Star” if it hasn’t already earned the name. While no one in their right mind ever celebrates an injury it is something we as fantasy managers have to face regardless if it helps or hurts our team, usually the managers that avoid or handle injuries the best tend to make deep runs in their fantasy playoffs. Enough of the injury talk as I feel its almost consumed the season at this point, lets talk a little team strategy and what kind of moves you should make based on team outlook. If you are looking at an injury riddled team with one win you’ll want to shy away from players mentioned in past articles such as Nelson Agholor as hes getting older and likely doesn’t offer much outside of this season, but if your sitting on an undefeated or 1 loss team and need a player to get you those crucial overlooked bench points then Agholor is a perfect fit for your team. Learning what type of free agents to target when its time to build for next year or push your chips in for a championship run is one part of what makes a great manager in Dynasty Owner and will really make a difference in depth on your roster and your cap in the coming years.

The free-agent Auction processes bids on Wednesday, Thursday, Saturday, and Sunday at 5 am EST during the regular season.

Reminder that All transactions (Trades & FAA) freeze on December 6th as we move into the playoffs. Trades and FAA bids can be placed after December 6th but they won’t process until December 29th. Once the season is over then the FAA will resume to 7 days a week at 5am EST.

Another former free agent target makes the list for a second time with the last being Travis Fulgham and we have all seen how that’s panned out. I am not saying Higgins is guaranteed to break out as I don’t have much faith at all in Baker but it is possible even with a below average quarterback. I think there is a real shot Higgins becomes not just the number 2 guy for the Browns but the number one guy for the Browns the rest of the season with Beckham Jr. going down to an ACL injury. When Higgins has played and has been given an actual role in the game plan he has done nothing but perform and perform well. This past Sunday Higgins had 6 targets catching all of them for 110 yards and was by far the Browns most productive receiver more than doubling Landry’s production on the same target share. The kid has managed a whooping 13.6 yards per catch with Baker Mayfield as his quarterback throughout his short career which tells me the kid screams potential breakout candidate. Baker has always seemed to have a lot of chemistry on the field with Higgins and I am assuming its going to pay off pretty big for Higgins and fantasy managers alike, just as Fulgham has in recent weeks. Jarvis Landry is still on this roster and more than capable of leading the way but he has looked off all season long and I feel its tied to the hip surgery he had before the season still lingering, as he has been one of the most reliable fantasy wide receivers in recent memory. Higgins is primed for a huge role and if I just lost OBJ or needed help at receiver I would be spending big on Higgins as a capable replacement for Beckham!

Rookie Marquez Callaway had himself a coming out party of sorts this week which is something we have been waiting to see consistently from Tre’Quan Smith this season, but hes failed to do so in the absence of Thomas. Callaway will be given plenty of chances to cement himself in this offense over the next few weeks with Sanders on the Covid list and no one understanding whats going on with the great Michael Thomas. Callaway has strung together two solid games in as many weeks with a 4 catch 34 yard game against the Chargers and 8 catches for 75 yards against the Panthers. Callaway has seen his targets receive a bump in each of the last 3 games putting him on a promising trend for a rookie. While I don’t see Callaway having another 10 target game once Thomas returns he should see the field plenty in an annually great offense, making him an excellent stash for your Dynasty Owner practice squad with potential for more this season. The Saints have been looking for a number 2 guy seemingly since they drafted Thomas and while most think Sanders is that guy at least for this season I am not so sure with Sanders struggling some to start the year and getting up there in age, leaving plenty of room for someone like Callaway to step in and play his way into touches. The kid has the size and speed to be a dominant receiver in this league standing at 6 feet 2 inches weighing 204 lbs. He also managed to put up great combine numbers finishing in the top 11 in the broad jump and vertical leap while also running a 4.5 40 yard dash.

By importance of position here at Dynasty Owner DiNucci slides in at number 3 this week. A big mistake I made coming into Dynasty Owner was not placing enough value at the quarterback position and building around the quarterback, instead I built my team first and took low end cheap options at quarterback. With such a cheap salary for DiNucci there is very little risk making him a high priority target for quarterback needy teams if Dalton even misses just one game. I am nowhere near a Dr. but after watching the horrible hit Dalton took from Bostic and as strict as the NFL has been with head injuries I don’t see much of a chance Dalton plays this week. As out of it as Dalton seemed I would say he will need at least a week off before he clears the very strict NFL concussion protocol. The Dallas offense is absolutely loaded with play makers and has potential no matter who is under center, even with Dalton’s recent struggles there is plenty of upside here. DiNucci wasn’t asked to do much Sunday but he did manage to complete 2 of 3 passes for 39 yards showing at least a little bit of promise. I wouldn’t recommend going crazy with your Dynasty Dollars to acquire DiNucci but if you need a quarterback this week hes worth a shot. Dallas has been significantly banged up at offensive line this season but will get all-pro guard Zack Martin back in the line up this week which can only help make things easier on whoever plays at quarterback. If Dallas can get the run game and play action going for DiNucci he could end up as a quiet value this upcoming week.

I have Rodgers at the 4 spot this week for quite a few reasons with the main being I feel he is start-able with a floor until Goedert or Ertz return. Wentz has loved and I mean LOVED throwing to his tight ends throughout his career which bodes well for a player stepping in for injury like Rodgers is. The Eagles currently have Goedert, Jackson, Ertz, Jeffery, Reagor, and Sanders all out of the line up leaving plenty of work for Rodgers over the next 2-3 weeks. If Wentz starts to trust Rodgers which he seemed to Thursday night he could be in line for the normal role we see a Zach Ertz or Dallas Goedert get in this offense. I cant imagine the Eagles being able to survive many more injuries this season and stay competitive in games as they have been more beat up than any team I can remember in recent history. Who would have imagined in week 7 we would be discussing an Eagles team coming off a prime time win with an offense led by Wentz, Scott, Fulgham, and Richard Rodgers, but hey its 2020 anything is possible. Rodgers had a very good game Thursday seeing 8 targets with 6 catches for 85 yards and also managed a decent game against Baltimore with 3 catches for 31 yards on just 3 targets. I can see Rodgers getting at least 6 to 7 targets each game the next couple weeks making him primed to have tight end 1 potential with a safe floor until he gets booted back to the bench.

Tyler Kroft is an interesting choice at tight end playing in a surprisingly good offense even with some struggles in recent weeks. I say interesting because Buffalo hasn’t seemed to care to use their tight ends a whole lot in recent years but Kroft was able to step in for Knox Sunday and produce 4 catches for 64 yards. This is slightly encouraging simply because Knox has failed to do much this season and with the Bills gearing for the playoffs they have zero time to wait for young players to develop, this would almost certainly give Kroft the full time role if producing well. Knox is on the Covid list and will miss a few games from my understanding which opens the door for Kroft to perform and try and help add an element to this offense we have yet to see. The offense has struggled with John Brown being out and clearly needs some pass catching help to open things back up for Diggs. Kroft has also proved to be a solid red zone target earlier this season catching 2 big touchdowns week 3 against A tough Rams defense which is always great in terms of fantasy upside. I can only begin to imagine how good this Bills team could be with a solid threat at tight end on top of the addition of Diggs in the offseason which has paid huge dividends, it sure would be fun offense to watch.

If your team is looking like mine with injuries everywhere I would highly recommend stashing the top 2 guys on the list and players like them as you can never have to much young talent for depth on your team. At this point in the fantasy season its time to realistically gauge your team and understand where your headed, meaning if you have studs like CMC that are on the way back and you are only a game out of the playoff race its time to consider trading some of these young pieces and grab some guys producing now that will help lead you to the promise land. I cant wait for the weeks ahead as its crunch time for owners here at Dynasty Owner. Will you make the playoffs or build for the future? As always good luck on your Chase For The Ring!