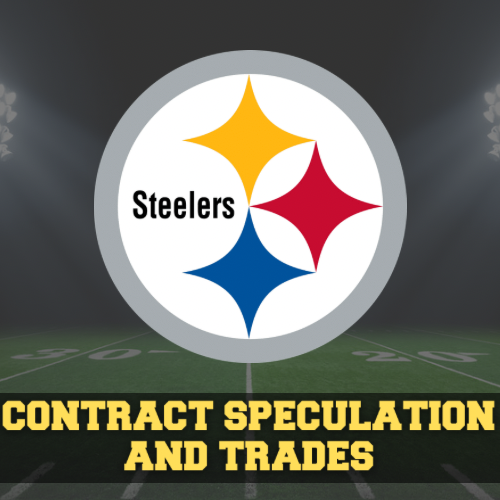 Welcome back Dynasty Owners to another Wednesday article.  I hope everyone’s week is going well.  Today I’m going to start with free agent news.  That’s right, there have been more free agent signings since we spoke last.  Here they are…

Hilton re-signed with the Indianapolis Colts two weeks ago.  The contract is a single year worth 8 million dollars.  Hilton Owners will recognize that this is a five million dollar pay cut from the 2020 season.  I didn’t like Hilton’s salary last year, but that was mainly because of his production.  I suppose I’m a little higher on him in 2021, but I’m still skeptical.

White also re-signed with his team from 2020.  The New England Patriots will retain the player with the second most receptions and highest catch percentage (highest of any player with at least 10 receptions) for them in 2020.  White is nowhere near the fantasy player that he was when Brady was running the offense, but he should still be rostered in every DO league.  His contract is 1 year – $2,462,500.

Reynolds leaves the LA Rams, and he joins a team that just lost a player who was second in targets, receptions and receiving yards for the team.  The team is the Titans and the player they lost is Corey Davis.  Reynolds is not Davis.  He will not be able to produce at the rate that Davis did in 2020.  I do think that Reynolds has a very good chance of becoming the Titans number two wide receiver though.  It’s also worth mentioning that the Titans also lost the player who was third in targets, receptions and receiving yards (Jonnu Smith).  I like this landing spot for Reynolds as he will get to have his first chance as a #2.

The former 49ers running back has signed with the New York Jets.  Here is what I wrote about Coleman back in January…

“Coleman is 27 years old, and he just finished a two year contract worth $4,250,000 per year.  This contract once looked like a steal for the 49ers in 2019, but it has derailed over last season.  Coleman injured his knee in a Week 2 win against the Jets, and after that injury, he only received 11 touches for the rest of the season.  Coleman re-injured the same knee in Week 8, and he was unable to see the field much after that.  I don’t expect Coleman back in San Francisco given the emergence of Raheem Mostert and Jeff Wilson Jr.   There is no doubt in my mind that Coleman will demand a lower salary than his previous one.  Spotrac currently has his “Calculated Market Value” at $3.3 million per year.  I can’t disagree with this assessment, and it would be tough to trust Coleman given his lackluster 2020 season.”

Much of what I said here I still believe to be true.  I find it unlikely that Coleman will take more than 60 percent of the Jets rushing attempts in 2021.  I think this for two reasons…First, Coleman has never amassed more than 170 rushes in a single season.  Second, the Jets were in the bottom half of the NFL in terms of rushing attempts in 2020.  Yet, they still had 406 attempts.  Third, Coleman will turn 28 next month.  That all adds up to a below average season.  But if you believe that a 28 year old running back coming off of multiple injuries will have the most touches of his career in an offense that doesn’t run the ball much, then he may be your guy.  All joking aside, the contract is cheap so there is really no risk if you keep him on your roster (he’s owned in 93 percent of DO leagues), but I wouldn’t expect much production.  1 year – 1.1 million dollars

Fournette has re-signed with the World Champion Buccaneers.  He looks to retain nearly an identical role as he had in 2020.  Ronald Jones and Ke’Shawn Vaughn Owners can collectively cry together as it looks like there will be no single running back to emerge as the workhorse.

Today, I will be focusing on the Pittsburgh Steelers.  The Steelers are in the AFC North and they won the division last year.  Here is the final regular season standings…

The NFC North was statistically the strongest division in the NFL as they had 38 regular season wins, 3 playoff teams and 2 playoff wins.

I have only one player to speculate about as JuJu Smith-Schuster has been re-signed by the Steelers, and we talked about him last article.  The player I want to discuss is James Conner.  Conner is one of the few remaining “big names” that I am closely watching.  Truth be told, I have been watching Conner since before his breakout.

You don’t have to be a seasoned fantasy football player to remember how Conner’s dynasty value grew.  All the way back in 2018 is all the further you have to look.  Le’Veon Bell had just been given his second consecutive franchise tag.  Bell declined to sign.  He went on to miss more than the first half of the season.  In the interim, fantasy managers were flustered with what to do…Do I draft Bell?  Will he play this season?  Surely he has to right?  What happens if he doesn’t?  Who will be his replacement?  The final question proved to be the most important.  I was in three keeper/dynasty startup leagues at the time, and I was able to snag Conner in all three.  The average round I drafted him was the 14th.  Talk about a steal.  Conner finished the 2018 season with 1,470 total yards, 55 receptions and 13 touchdowns.  (And he only played in 13 games)  I love Conner if nothing else just for that season.  I try to be unbiased, but he won me a lot of money in 2018.  Unfortunately, he has not been able to recreate those stats over the past two years.  Here is Conner’s 2019 and 2020 seasons if he had played all 16 games with the same production…

It’s not breaking news that Conner has been unable to recreate his 2018 season.  Everyone that follows fantasy football knows that his pace was probably unsustainable, but it is still disappointing.  This is what his fantasy points for all three seasons were on a per game basis…

This shows not just a lack of production season to season, but a lack of efficiency as well.  Conner just finished up a contract where he made $790,381 per year.  That is an amazing value even for his slowing production.  My concern is that once he is making between 4 and 6 million dollars per year, he will cease to be a value.  Let’s see where his three seasons would have landed him had he made 5 million dollars in those years…

This is showing what Conner’s past production would have gotten him had he been making $5,000,000 per year (my projected salary for him).  Even calculating the increased salary, Conner’s 2018 overall value (DD/FP) is comparable to these players’ 2020 overall value…

Josh Jacobs, Mike Davis, Leonard Fournette and Cam Akers.  You would have been very happy with any of those players in 2020.  But Conner’s 2019 and 2020 value is comparable to these players in 2020…

James White, Brian Hill, Kerryon Johnson, and Latavius Murray.  This is still fine value as high salary players like Kenyan Drake, Todd Gurley and Austin Ekeler all have a worse DD/FP, but the second list of players is without a doubt in another tier level for value.  This is a long way of saying that Conner’s value will decrease substantially in 2021, and unless he finds a way to receive more touches and/or increase his production, he will be relegated to middle tier running back value.

So, what do we do with him?  We wait.  I currently own Conner in my BETA league, and I am fine holding him until a new place of employment is discovered.  He will still be on a lower end running back contract, but Dynasty Owners need to accept the fact that he will not return his 2018 value ever again.

Thank you for reading, and be sure to watch the video that relates to this article.  Please follow us on Twitter @Dynasty_Owner, and subscribe to Dynasty Owner on YouTube. Take care and be safe.