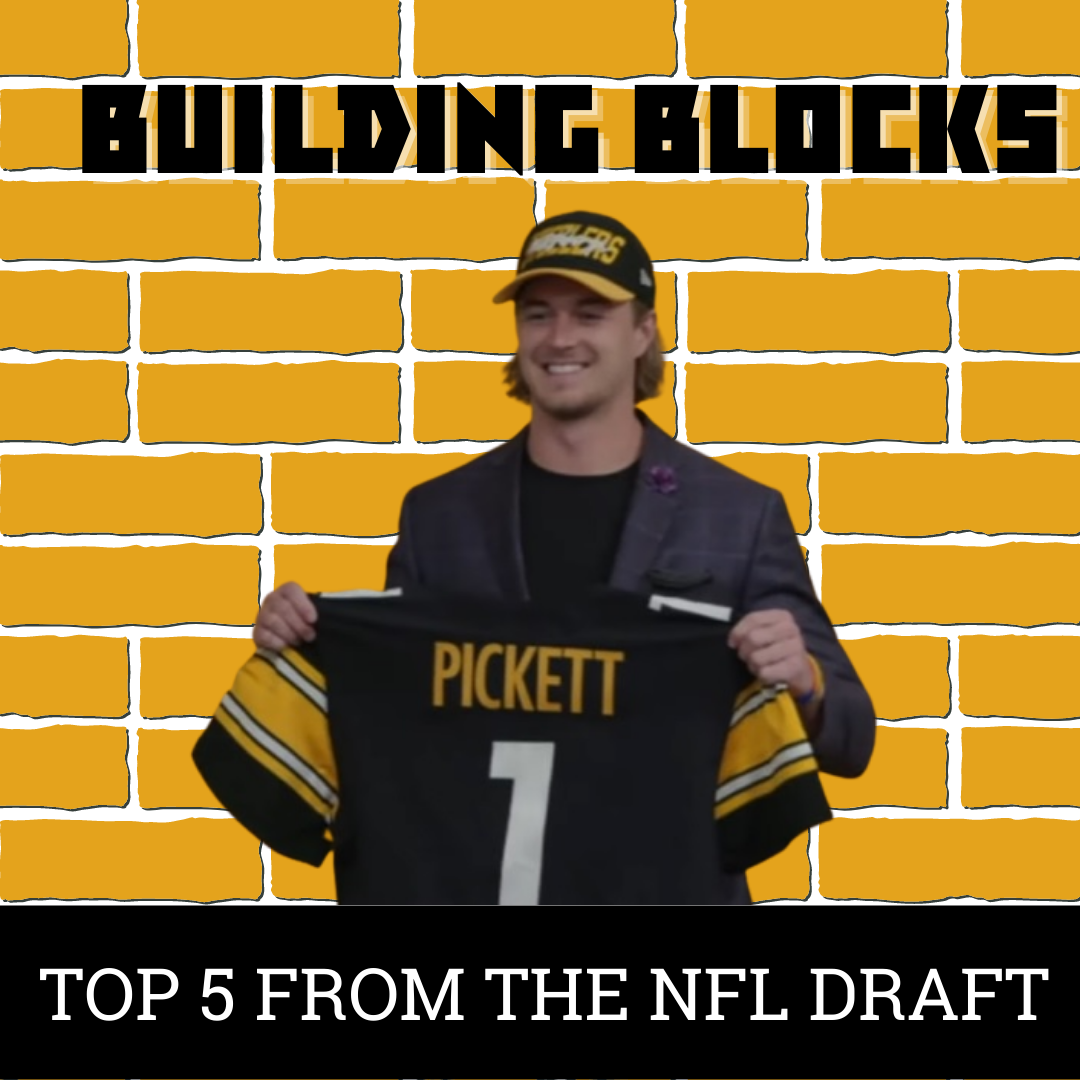 Dynasty Owners, the NFL Draft has come and gone. I hope all your favorite teams made you happy with their selections, though we know that rarely matters. It has always amazed me how often the NFL is wrong about so many players compared to the NBA. I mean hell, NBA scouts can go watch a player in France a handful of times and the next thing you know, that player is at least a quality role player in the NBA.

Maybe it’s just the sheer volume of players picked in the NFL, but it still seems like the top of the NFL Draft misses much more often than the NBA. Outside of The Joker (Nikola Jokić ), I can’t remember the last time a 2nd round NBA pick became a superstar. Could this have anything to do with one of the wildest drafts in recent memory? Probably not, but man it sure was a crazy couple of days for football fans and I’m pretty sure the NFL still has a few more trades up its sleeve.

While Day 1 of the draft had a ton of huge moments, I feel the wildest of them all was Cole Strange going in the 1st round to Steve Van Tassell’s New England Patriots, or Sean McVay hilariously laughing about it. I am kidding of course, as much as I would like to give Steve a hard time about the pick I will defer to The Hoodie! In all honesty my favorite moment from Round 1 was the A.J. Brown trade. What was yours? Feel free to let me know on Twitter (@jaypoundsnfl).

In today’s article I will be talking about my Top 5 building blocks selected in the 2022 NFL Draft. While there are several incoming rookies who I like, I had to narrow this list down to just five players. I chose these players based on several things including, landing spot, bias, talent, trust in the franchise, and what I feel their future looks like.

If you follow me on Twitter, you know I was not all that happy about this pick and to be honest I am still not thrilled about it. The reasoning behind this is because the Steelers play in the AFC and will have to get through the likes of Justin Herbert, Josh Allen, Patrick Mahomes, Deshaun Watson, Joe Burrow, Lamar Jackson, Russell Wilson, and Derek Carr to go anywhere meaningful. I was thinking the same thing, that is an absolute gauntlet!

The two reasons I have Kenny Pickett on this list are the fact he is on a cheap rookie salary and because I have tremendous respect for the Pittsburgh Steelers’ front office. Yea, I am probably biased as a Steelers fan, I just don’t care. Pickett heads into as good of a situation as you could ask for with a star running back (Najee Harris – $3,261,862), 2 proven receivers (Chase Claypool – $1,654,168 and Diontae Johnson – $1,070,241), a promising young tight end (Pat Freiermuth – $1,507,045, and a rookie receiver who offers a ton of upside in George Pickens ($1,688,044). If the Steelers are right, which they often are, Pickett could be a solid starter for most of, if not all his rookie contract. Even if Pickett ends up as a middle of the road quarterback over the next four years, he is still a huge value.

As always, my Ohio State bias may show through in this section. The Jets took Wilson with the 10th overall pick and because of that Wilson will get a ton of opportunities. Wilson is an excellent athlete who does a fantastic job of going up and getting the ball which should benefit his quarterback as well as his fantasy stats. If you don’t believe me, go watch some of his highlights on YouTube. He is truly an acrobat on a football field.

Wilson is also an excellent route runner which is a huge plus when working with a young quarterback in terms of being in the right spot. The main concern here for Garrett Wilson is his brotha from anotha motha, Zach Wilson. However, we have seen an Ohio State receiver perform well with subpar quarterback play recently, cough cough, Terry McLaurin.

Another thing I love about Wilson is his salary of $5,138,501 over the next four seasons. I also feel he will have some growing pains in year one but that shouldn’t be a worry for rebuilding owners as we aren’t trying to win this year anyway.

As much as I love Garrett Wilson and Chris Olave, I am starting to believe Jameson Williams will end up as the best WR from the 2022 NFL Draft. While a torn ACL in the National Championship game will keep him out until the early half of next season, it should end up being a blessing in disguise for rebuilding owners as it bumped his salary down quite a bit from what it would have been had he been healthy.

Williams’s salary sits at a beautiful $4,365,447 in each of the next four seasons. Williams is in a very similar boat as Garrett Wilson with both likely to have some growing pains because of their quarterback. Overall, Williams is an explosive receiver who seems to have the skillset that will excel in the NFL. He may struggle against physical corners at times but I’m not sure anyone can keep up with him when he really gets going.

If you were surprised Drake London was the first receiver taken in the 2022 NFL draft, you likely won’t be surprised when he gets on the field. Before getting into who London is and his situation, I want to highlight the fact that the Falcons have nailed the last few receivers they drafted in the first round of the draft which bodes well for London and his future in the league. London is a physical specimen who went to USC so he could play on the basketball team as well as the football team.

As we have seen plenty in the NFL, the former basketball players who are elite on a football field tend to have a huge advantage in terms of athleticism and going up to get the ball. As far as London’s attributes are concerned, he does not have many weaknesses and was not talked about a ton this off-season because of the broken ankle he suffered eight games into his final college season. If you look at London’s stats above from his 2021 season, you will see he has no shortage of playmaking ability. If you like receivers who score touchdowns, look no further than Drake London.

I am sure many of you feel Breece Hall is the draft’s best running back and while I 100% agree with you I am not sure he is the best fit on a rebuilding roster, unless you are planning to trade him during the season or compete come 2023. I say this because Hall will get a massive workload this season as the Jets lean on the run game to benefit their young quarterback. Kenneth Walker on the other hand is likely to be brought along much slower and see less work this season because of his backfield mates in Seattle.

My main concern with Walker has nothing to do with Walker himself but his Seattle backfield mates. Both Rashaad Penny and Chris Carson have a questionable injury history and it would not surprise anyone if Carson was not in Seattle at the start of next year. Either way, I see the Seahawks using a heavy dose of Penny if he can stay healthy in 2022. If Walker can find himself some type of role like Javonte Williams in Denver last year, he becomes very intriguing for rebuilding owners.

Thank you all for reading and be sure to check out content from the rest of our team here at Dynasty Owner, Matt, Steve, and Nate! Stay safe out there and good luck on your 2022 Chase for the Ring!