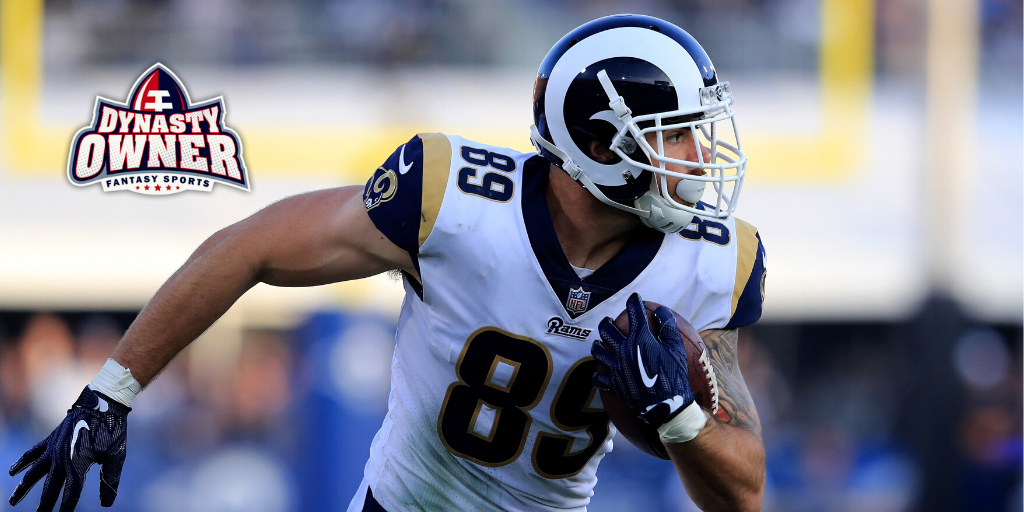 The 2020 Dynasty Owner amnesty period is even closer now (exact date TBD). That means Dynasty Owners better start thinking about what players on their current roster aren’t worth the cost of their salary and should be removed free of charge. If no players on your roster have been covered in the two previous articles, be thankful and hope none of them are mentioned in this third article.

As mentioned in the last article, this was originally going to be a single amnesty article, then I realized that there were plenty of QBs and RBs who Dynasty Owners could use amnesty on, so I broke it up into two articles. Then after looking at QBs and RBs in our first amnesty article, I realized that there were far too many overpaid WRs with contracts through at least 2020 to be contained in a single article, so now I’m doing a second WR only article.

All of the WRs listed are owned in 50 percent or more of Dynasty Owner leagues and should be considered prime candidates for amnesty. Brandin Cooks, Sammy Watkins and Corey Davis were the WRs highlighted in the first WR article and there’s a potentially surprising name headlining this article.

All stats are based on the Standard Dynasty Owner scoring system as outlined in the updated Dynasty Owner Constitution. Standard Dynasty Owner scoring gives you .1 points for every yard rushing or receiving, .1 point for every 2 yards passing, 1 point per reception, 6 points for a rushing, receiving or passing touchdown and 2 points for a successful 2-point conversion (rushing, receiving, or passing). Interceptions or fumbles lost cost you 3 points, while a fumble that is recovered by the player’s team is a loss of only 1 point. Bonus points are available for 100-199 yards rushing (2 points), 200 yards rushing or receiving (6 points), 300-399 yards passing (1 point) and 400 yards passing (4 points). There is also a 3-point bonus for clutch scoring, which is a score that results in a lead change in the final two minutes of the 4th quarter or overtime. Kickoff and punt return touchdowns are worth 6 points for the player and kickoff and punt returns are worth .25 points for every 10 yards.

Look at the headline again, ignore the fancy words and focus on the capital letters. They spell out OBJ. Indeed, Odell Beckham Jr. (OBJ to his friends) and his $18 million contract through 2023 is on my list of WRs who Dynasty Owners should use their amnesty provision on.

You could also add in these two widely available low budget players as well (https://dynastyowner.com/2020/02/available-players-2020/):

I know the arguments for keeping OBJ. He’s only 27 years old and played through an injury for most of the 2019 season in a new offense, so he’s bound to improve once healthy in his second season in Cleveland.

However, he’ll be in a new offense again in 2020 (same QB, but new Head Coach and Offensive Coordinator) and was injured and missed games in each of the two previous seasons – 2017 (fractured ankle, missed last 12 games) and 2018 (quad injury, missed last 4 games).

I prefer my $18 million per year WRs to be more productive and not have been injured in each of the last three seasons. That’s why despite OBJ being somewhat productive last year, Dynasty Owners need to strongly consider using their amnesty provision on him.

No Releasing or Trading Injured Alshon for the Eagles, so Move On Using Amnesty

Alshon Jeffrey has not really lived up to his potential after two years of more than 1,000 yards back in 2013 and 2014. Since then, he’s only played all 16 games in a season once (2017) and has averaged 54 receptions, 750 receiving yards and 5 receiving TDs per season. Not exactly, #1 WR stuff and not really worth $13 million per year for 2020 and 2021 in Dynasty Owner. And did I mention, he had Lisfranc surgery on his foot in December and is likely out for nine months and was supposedly involved in a locker room incident because he was suspected of being the anonymous source who criticized Eagles franchise QB Carson Wentz during the season (https://www.nj.com/eagles/2020/03/nfl-rumors-eagles-alshon-jeffery-had-to-be-restrained-from-teammate-following-espn-report.html).

Normally, all this would mean a release by his NFL team and a free pass for his Dynasty Owners. Unfortunately, Jeffrey’s NFL contract makes it difficult for the Eagles to trade or release him. That’s because his contract includes a full guarantee for his 2020 base salary (which is $9.91 million according to reports).

Dynasty Owners who own Jeffrey (his ownership is 59% right now) could hold out hope that he comes back healthy from the Lisfranc surgery and gets traded away by the Eagles so he can return to his 2013-2014 glory. Both of those are unlikely since Jeffrey is 30 years old and what team is going to take on that salary without significant incentives, like draft picks.

Or Dynasty Owners can be like my Eagles fan buddy Terry who is ok with Jeffrey because he made a lot of great catches in the playoffs and Super Bowl two seasons ago. Don’t be sentimental if you’re an Eagles fan/Jeffrey Dynasty Owner – use your amnesty provision and move on.

Other Wide Receivers Who Deserve to be Released

Here are a few WRs owned in less than 50 percent of Dynasty Owner leagues who may not be released by their NFL teams, but deserve to be sent packing using the amnesty clause if you are one of the few Dynasty Owners who have one of these guys:

With all of the potential WRs mentioned in the past two articles, it’s going to be tough for Dynasty Owners to choose who to use the amnesty provision on (if we only get one) when the time comes. If it’s only one, you can hope for two or more amnesty provisions. But if it’s only one and you’ve got more than one of the WRs mentioned, who are you going to amnesty? Or are you going to use it on Aaron Rodgers, Le’Veon Bell or Todd Gurley if one of them is on your Dynasty Owner roster?

We aren’t finished either as we haven’t covered TEs and kickers yet. There is at least one widely owned TE who should be getting seriously amnesty consideration by his Dynasty Owners and several others who are owned in fewer leagues. And while Dynasty Owners need two kickers and it is recommended that you have three in Dynasty Owner, there are some kickers who aren’t worth their salary and should be left for another Dynasty Owner to worry about paying. Which ones will appear in Part 4 of the amnesty article series to be posted in the coming days?

After the amnesty articles are finished, the new NFL league year will kick in on March 18th and it’ll be time for Free Agents to start signing new contracts. There’s lots to cover so don’t forget about all of the great Dynasty Owner specific articles, podcasts, message board debates and Twitter posts to help you start getting ready for the 2020 Dynasty Owner season!